Revenge Of the Nerd

There seems to be a place for everybody in the fashion industry- among them a swarthy French designer who takes his runway bows in astronaut suits... 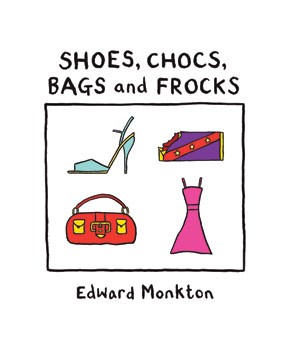 There seems to be a place for everybody in the fashion industry — among them a swarthy French designer who takes his runway bows in astronaut suits and pirate getups and an Icelandic songstress who also wears swans on the red carpet. But an English academic sporting a brown corduroy suit, receding hairline and Coke-bottle spectacles?

His short poetic musings, accompanied by simple black ink drawings, are at once archly aware and sincerely moving.

“In everything I write, I find a combination between fun and humor and wistfulness,” explains Andreae, who first made his name in the U.K. at the age of 19 with Purple Ronnie, a cartoon stick figure who loved burping, snogging and other exuberantly unrefined pastimes. (His children’s books, published under Andreae’s given name, have sold more than 1.5 million copies.)

The author created Monkton as an equally fun-loving but slightly more mature character, who initially appeared on greeting cards. The response to his work, Andreae explains, has been touching and vast — the 2006 Monkton book, “A Lovely Love Story,” is often used as a reading at weddings, and people have even been buried with Monkton books in their coffin (this marks the 11th publication in the series). His popularity has spawned a vast line of paraphernalia including mugs, T-shirts, calendars and key chains adorned with Monkton witticisms and creatures like the Pig of Happiness.

Andreae, who does interviews dressed as Monkton in a brown suit and fake eyeglasses, is no fashion dunce. His wife is a co-founder of Boden, the clothing company, and he knows how to find meaning in accessorizing.

“I actually find women’s clothes absolutely fascinating,” says Andreae. “What a pair of killer stilettos can do to a woman is incredible. You can go spend 300 quid [about $600] on two little lumps and change completely.”