The majority of fashion-centric magazines registered double-digit declines in March.

By Alexandra Steigrad on May 19, 2015
View Slideshow 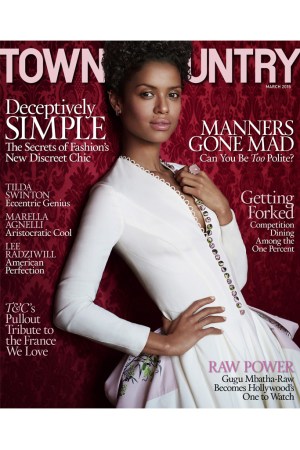 RI-RI TO THE RESCUE: There’s a clear answer for magazine editors desperate to grow their newsstand sales: call Rihanna.

The singer was the winner in the cover star stakes in the all-important month of March, helping Harper’s Bazaar register a 0.8 percent increase in newsstand sales to 120,000 copies. That might not seem a lot, but Bazaar was bested only by its Hearst Magazines stablemate Town & Country, whose cover of actress Gugu Mbatha-Raw helped it boost newsstand sales by 25.3 percent to 43,500 copies, according to the Alliance for Audited Media.

After that, the March newsstand was pretty much a bloodbath, continuing publishers’ ongoing struggles and the reason many editors (and the Magazine Publishers Association) have changed their tunes in recent years and begun insisting that newsstand sales aren’t a true measure of a title’s strength in the days of digital replicas and so on.

People StyleWatch logged a 6.3 percent decline in March newsstand sales to 254,000 with its Kate Hudson cover. From there on, things got even uglier, with magazines recording double-digit falls.

InStyle logged a 16 percent drop to 352,800 copies for its Kerry Washington cover, while Glamour registered a 20.2 percent decrease to 251,957 copies with a cover featuring “Fifty Shades of Grey” stars Dakota Johnson and Jamie Dornan. Vanity Fair experienced a 20.5 percent dip, to 214,553 copies sold, for its 21st annual Hollywood issue with a fold out cover shot by Annie Leibovitz, featuring a handful of emerging stars such as Miles Teller, Benedict Cumberbatch and Felicity Jones. On the front cover, potential newsstand customers would encounter the well-known trio of Amy Adams, Channing Tatum and Reese Witherspoon.

Condé Nast’s Teen Vogue had newsstand sales of 63,061, a 25.2 percent decrease, with its Gigi Hadid and Binx Walton cover, while sibling men’s magazine Details saw sales fall 33.7 percent to 28,521 with Ansel Elgort on its cover.

Lupita Nyong’o didn’t help Lucky, which saw its newsstand sales plummet 47.2 percent to 52,893. But in even worse shape was teen glossy Seventeen, which registered a 53 percent dip in newsstand sales to 93,000 for its cover featuring Meghan Trainor.