While Lady Gaga was the queen of the newsstand for monthly and biweekly magazines in 2010, Rihanna led the way in men’s magazines. 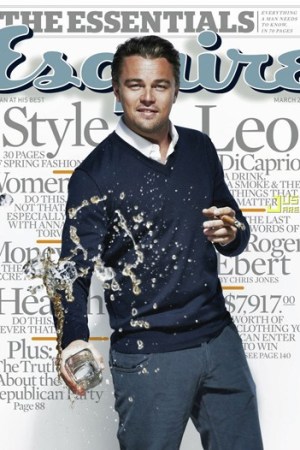 While Lady Gaga was the queen of the newsstand for monthly and biweekly magazines in 2010, who led the way in men’s magazines?

Naturally, you need to start with a lady. Rihanna’s topless January cover was GQ’s bestseller last year, a spokeswoman said. Several funny guys led the way for the second bestseller of the year when GQ featured three different cover stars in August — Tracy Morgan (donning devil’s horns) on one issue, Paul Rudd on another and Zach Galifianakis for yet another. The worst seller of the year for GQ was Taylor Lautner’s July cover, which sold 159,000 copies, according to the Audit Bureau of Circulations Rapid Report (these are figures submitted by the publishers and have not yet been audited by ABC). And what’s up with having the name Taylor? Taylor Swift had the poorest results for any woman on major monthly or biweekly magazines in 2010, according to Rapid Report stats available.

Meanwhile, Lautner’s “Twilight” co-star, Robert Pattinson, fared far better and graced Details’ bestseller of the year back in March. The biggest bomb for Details? Jon Hamm’s October cover sold the least amount of copies for the monthly through November, according to ABC.

And, while Rihanna going topless worked wonders for GQ, Blake Lively had the worst results for Esquire — figures are available through November — for her February cover. Javier Bardem with a cigarette in hand on the October Esquire was its worst performance for a man for the Hearst monthly. The best? Leonardo DiCaprio’s March cover sold the most copies, and James Franco’s September cover — with a cover line of “James Franco: On Our Cover? For Petey’s Sake The Guy Is Everywhere” apparently serving as no deterrent — was the second best.

Through October, the dubious achievement of worst-performing issue for Men’s Journal goes to — no surprise here — Mel Gibson, who appeared on the February cover, which was months before even his most recent meltdown. Robert Downey Jr., boosted by “Iron Man 2” momentum, had the bestseller back in May with 97,000 copies sold.

And for Men’s Health, the best-selling cover goes to January/February cover boy and actor Sean Faris — who? — which sold 645,000 copies, according to ABC. Maybe you don’t need a star on the cover. The worst seller goes to “True Blood” star and Australian actor Ryan Kwanten, who appeared on the November cover, which sold 300,000 copies, 80,000 less than last year’s November cover.