Frank’s work spanned decades, forms and controversy, from photographs in “The Americans” to a Rolling Stones doc the group tried to shelve forever.

Photographer Robert Frank before a 2016 exhibit of his work at New York University.

Robert Frank, a highly influential photographer who worked in all iterations of the form, from fashion to film, died on Monday. He was 94.

Born in Zurich in 1924, Frank began taking photos there in his 20s but by 1947 had emigrated to post-war America with a handmade book of his photos and his career began in earnest. His first industry job was with Harper’s Bazaar, first hired for its long-defunct youth offshoot Junior Bazaar by a young art director, Lillian Bassman. He was eventually hired by Bassman’s boss, the legendary art director Alexey Brodovitch, and Frank contributed to Bazaar for a few years.

In the early Fifties, he also shot on a freelance basis for Vogue, McCall’s and Fortune, but in 1955 applied for and won a Guggenheim Fellowship that gave him the chance to travel for two years across America, according to the Danziger Gallery, which has exhibited Frank’s work on several occasions. Frank took nearly 30,000 photos during this American tour, 83 of which turned into what’s likely his best known work, “The Americans,” a book of photos that showed class, poverty and race relations of the time. Steidl has reprinted the book at least eight times over the years.

“What Frank brought to the medium was an improvisational quality coupled with a subjectively original but objective point of view,” Danziger says of Frank’s work. “He saw the world in a way that was at odds with commonly perceived visual clichés of his time but which was certainly more truthful. While the darkness and idiosyncratic nature of much of his vision at first shocked many people — it became the template for much of what was to follow in photography.” 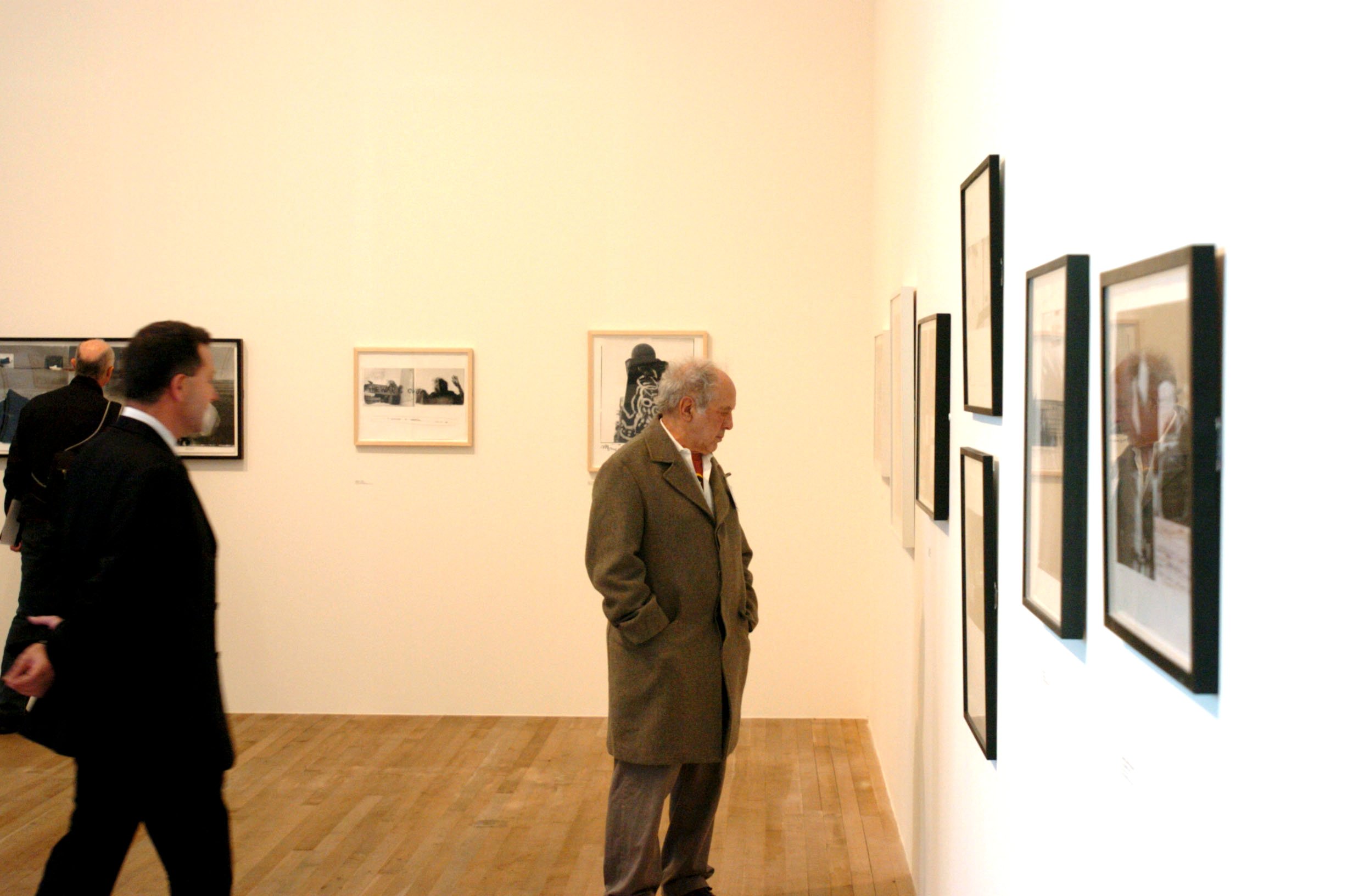 Robert Frank in 2004 observing his work at the Tate Modern, which that year hosted the first major British retrospective of his work.  Ben Graville/Shutterstock

Frank’s work is represented in New York by the Howard Greenberg Gallery, which describes Frank in the Fifties as “frustrated” by the fact he’d not been more widely published. When “The Americans” was released, it was the height of the Cold War, leaving it to be initially “reviled, even decried as anti-American.”

“Yet during the Sixties, as many of the issues that Frank had addressed erupted into the collective consciousness, the book came to be regarded as prescient and revolutionary,” the gallery says of the book.

Nevertheless, by then Frank had turned almost entirely away from still photography and begun to focus on film with an avant-garde sensibility. He eventually produced more than 25 works, including some films in the Sixties with famed Beatniks Allen Ginsberg and Jack Kerouac (who wrote the introduction for “The Americans”). Best known among his films is surely his 1972 documentary on the Rolling Stones titled “Cocksucker Blues,” which followed the group on tour for the album “Exile on Main St.”

Full of unglamorous drug use and sex, the film is maybe more notorious than seen. Given the very behind-the-scenes nature of the film (Frank provided several cameras for anyone to use), the Stones sued to have it shelved forever, according to a 1977 article in Rolling Stone. Eventually, Frank and the group settled on the movie being shown only four times a year and only if Frank was present at the screening. After a few viewings in the 2010s, the film made its way online and has been viewed hundreds of thousands of times in recent years.

Frank is survived by his wife of nearly 40 years June Leaf, a fellow artist. His two children from his first marriage to Mary Frank, also an artist, predeceased him by many years.

In a 2016 interview with WWD, Leaf said she met Frank through his first wife, who had enlisted Leaf’s help in finding a new gallery in New York at the time. She was eventually invited to a party at their home and, upon seeing Frank, Leaf thought, “‘Oh, there he is. He’s more raggedy than I thought he would be; he’s more arrogant than I thought he would be. He’s married, and I’m so happy he’s married because that is a very difficult man.’ 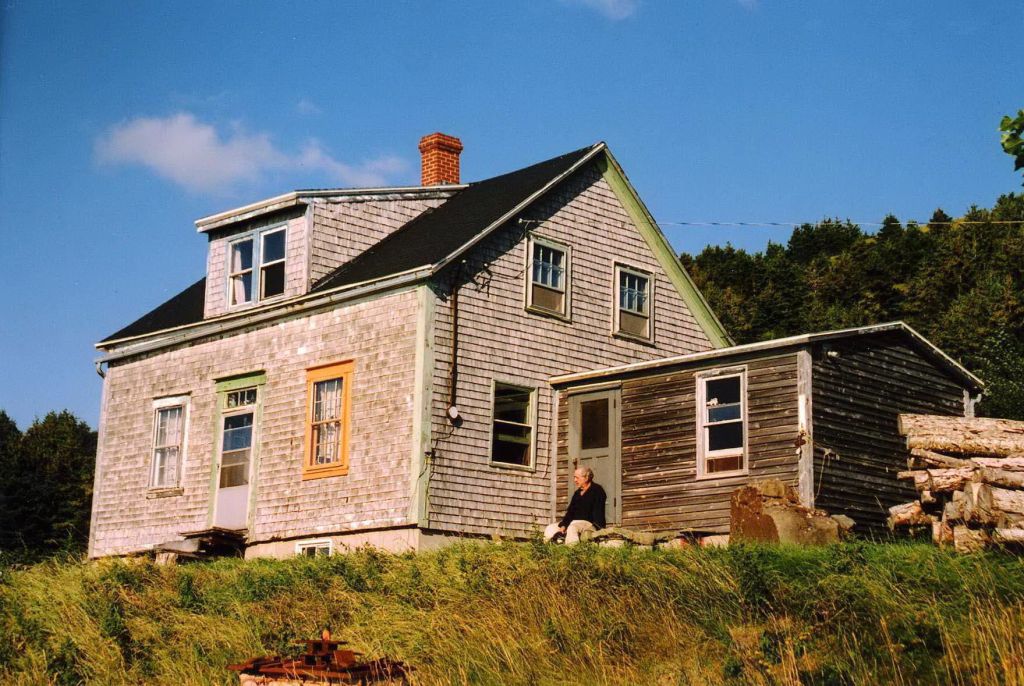 Robert Frank in 2004 during an ITV documentary outside his home in the rural community of Mabou, Nova Scotia, where he died Monday.  ITV/Shutterstock

“I just walked away from him,” she added. “He tried to talk to me. I just didn’t like the way he approached me as a woman. This is kind of private. It’s nice, it’s true and it’s life.”

Despite the apparent difficulty of his personality, eventually they got together, but Leaf admitted that being Frank’s wife while an artist in her own right took some understanding on her part. “When we sit outside, people walk by and practically get on their knees.”

But Leaf said she understood the reaction and did not feel threatened by it. She attributed his level of recognition to his talent, yes, but also his timing with photography, which in the Forties and Fifties was just becoming an artistic medium.

“It’s like when they invented the printing press,” Leaf said. “All of a sudden everybody is empowered, and they need it, in the way they needed books. And Robert is the one that elevated that creative process to the level of art.”