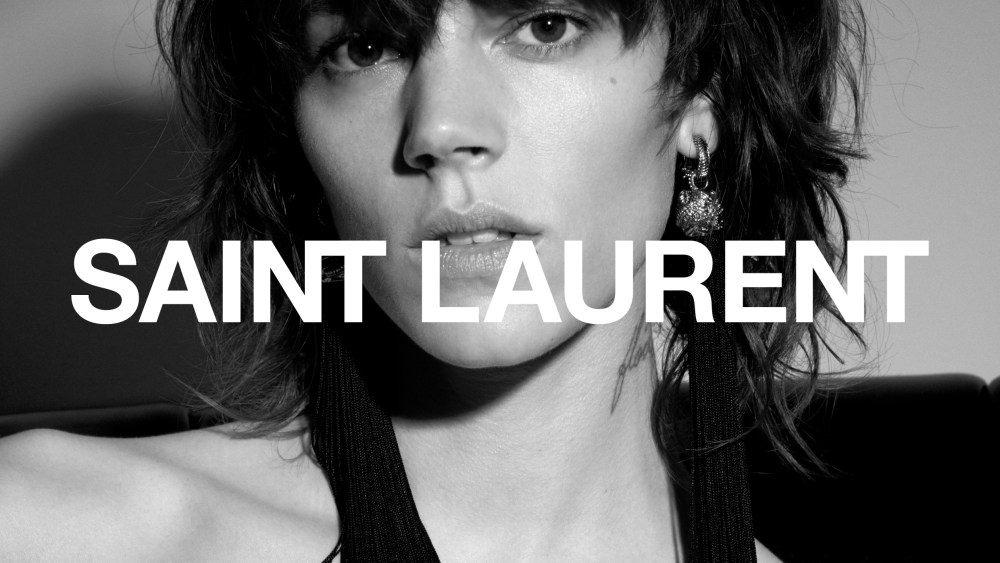 TAKE TWO: Saint Laurent on Friday unveiled what’s billed to be the second part of its summer campaign by Anthony Vaccarello.

American artist and fashion photographer Collier Schorr lensed the black-and-white images, which have a raw, unstaged vibe, often with a model set against a rough-hewn wall.

Saint Laurent also released a one-minute, black-and-white film, dubbed “Behind the Scenes,” which was shot by Nathalie Canguilhem last September, prior to the house’s summer 2017 show in Paris in September. That marked Vaccarello’s runway debut for Saint Laurent.

Diffused on YSL’s site and Instagram account, the new clip features series of images — including Mica Argañaraz, Freja Beha Erichsen, Yasmin Wijnaldum, Binx Walton, Selena Forrest, Lexi Boling and Vittoria Ceretti — that toggle between real-time and slow motion, and are set to a soundtrack by Sebastian. Some shots seem patchworked together like moving rows of film negatives.