Sally Singer Out at T

No successor has been named for the editor, who is leaving at the end of the week. 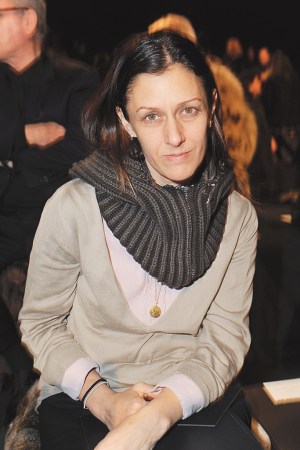 SINGER OUT AT T: Sally Singer’s relatively short stint as editor in chief of T: The New York Times Style Magazine will abruptly come to an end Friday. In a memo to the staff, Times executive editor Jill Abramson said: “I’m sorry to announce that Sally Singer will be leaving T magazine and the Times at the end of this month. Sally’s contributions are clear to anyone who’s read the magazine during her tenure. Gorgeous visuals, interesting stories and enterprising features — both in print and online — have been hallmarks of her stewardship. We wish her every success.”

Asked for further comment at the Republican National Convention in Tampa, Fla., Abramson declined to elaborate. Singer could not be reached for comment.

This story first appeared in the August 29, 2012 issue of WWD. Subscribe Today.

But while Abramson highlighted Singer’s “gorgeous visuals, interesting stories,” both were often points of contention within and outside the Times. There were the black-and-white covers that Singer favored but the publishing side loathed. There was her drastic change in direction, moving from her predecessor Stefano Tonchi’s uptown, aspirational style of covering the good life for a more downtown vibe that talked about cool kids and had Lana Del Rey on the cover, shot by Terry Richardson.

Singer aimed to publish a more hyper-intellectual read that was laid on thick from the moment she arrived from Vogue in July 2010. In her first issue almost five months later, which came out during the holiday season, there was a piece on WikiLeaks founder Julian Assange, the actor Tahar Rahim and changes in French cinema, and the man behind the mosque in downtown Manhattan, Feisal Abdul Rauf.

The ad sales team, used to Tonchi serving almost as an associate publisher, had a hard time selling Singer’s T. As WWD reported, Abramson spoke to Singer last year about complaints from the publishing side. Since then, there have been changes. The most recent fashion issue, published two weeks ago, has a portfolio of a smiling Miranda Kerr, shot by husband Orlando Bloom. “Parks & Recreation” actress Rashida Jones talks about her “business-friendly” look. The cover is about as mainstream as they get, with Emma Watson, who is best known around the world as the girl from the “Harry Potter” movies.

While some sources said Singer was asked to step down, others claim she chose to leave. Regardless, the shift may simply have come too late for everyone involved. Singer may have had enough of the back and forth on her editorial direction and budget issues, and Times executives just wanted a magazine that could make money without the hassle of getting involved in arguments over art direction. Then there were her well-known clashes with Hugo Lindgren, editor of The New York Times Magazine. Singer was said to have angled to take over the magazine as well as T, while Lindgren reportedly wanted fashion to be folded back into the Sunday magazine to boost its ad pages.

It hasn’t helped that the ad picture hasn’t been rosy for either supplement. T ended last year up just 0.7 percent, according to Media Industry Newsletter. In May, MIN reported that seven issues into the year, T’s ad pages fell 4 percent. For the September fashion issue, ad paging is flat compared with last year.

Nonetheless, Singer’s quick departure is out of character at the Times, which typically moves at a more glacial pace with personnel changes. No successor has been named as of yet, and word is that longtime Timesman Gerry Marzorati may step in to oversee T until one is found.