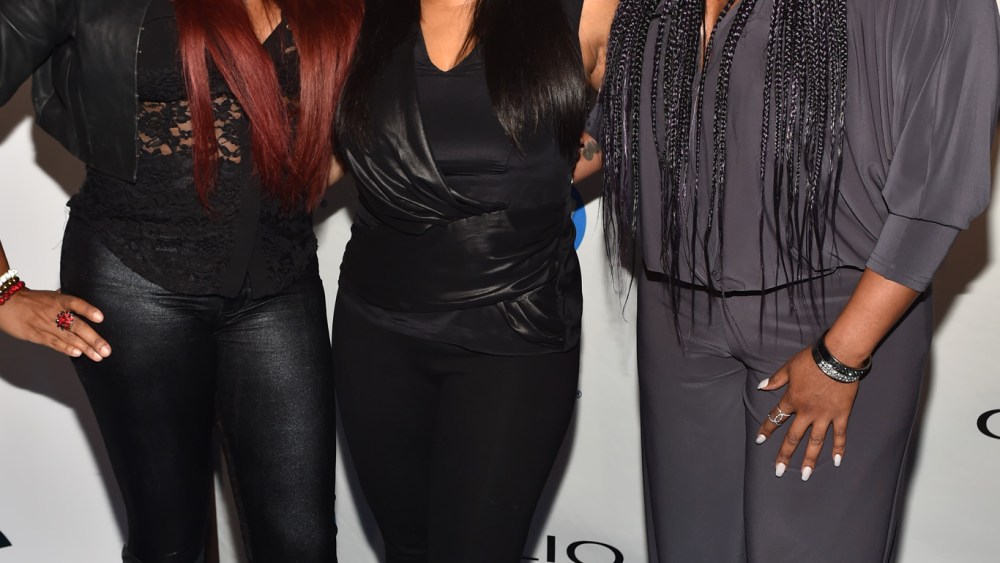 The advertising industry came together on Wednesday night in Manhattan for the 56th annual Clio Awards to toast the best work in their field this year. Held at the American Museum of Natural History, the seated dinner took place in the Milstein Family Hall of Ocean Life and was hosted by Alec Baldwin. The X Ambassadors sang “Renegade,” while hip-hop duo Salt-N-Pepa closed the night with their hit from the late Eighties, “Push it.”

Earlier in the evening, Spike Lee and Melissa Etheridge mingled during cocktail hour in the museum’s lobby, while Salt-N-Pepa, posed for photos with guests. The rappers, also known as Cheryl James and Sandra Denton, said they’ve been performing quite a bit lately, but noted they still enjoyed performing old songs.

“We wanted to rock out, but they just wanted the one song because of the commercial,” said James, who was referring to Geico’s use of “Push It” in its 2015 Super Bowl spot.

When they aren’t performing, Salt-N-Pepa are still working it and getting as much bang for their buck out of their group’s fame…and name.

James (“Salt”) noted that they are in the process of filming a cooking show and they are also looking to fashion.

“We’re working on a ‘Push it’ line. It’s a workout line,” Denton, aka “Pepa,” chimed in. “We’re in the process of picking out our colorways and designs. We’ve got to have a ‘Push it’ jacket. Everyone said that. We’ve incorporated that now.”

The duo said they weren’t ready to reveal further details on their brand partner.