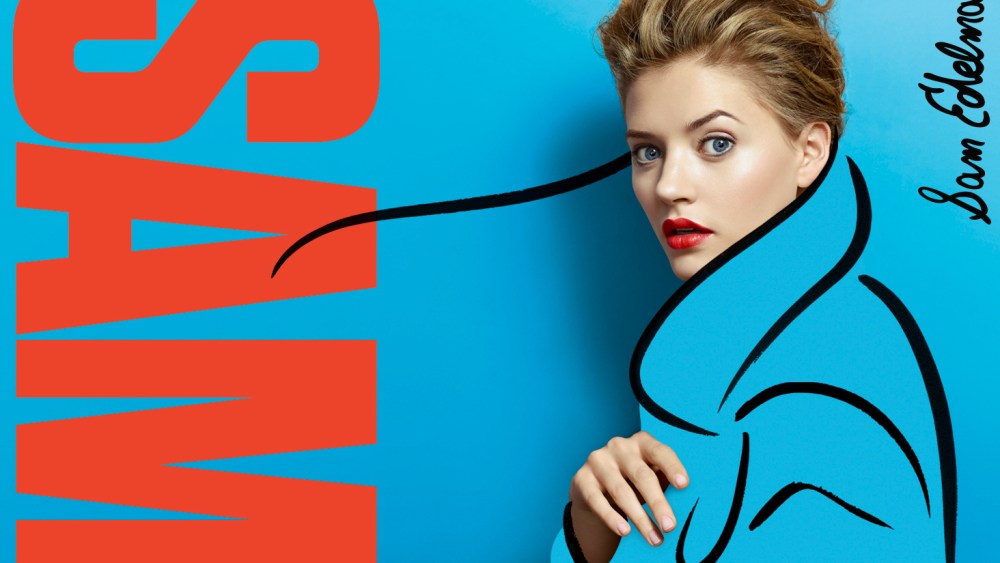 “We think of ourselves as a marketing company, being different, unique and special, and taking that irreverent whimsical twist we have in design and finding a way to do the same thing in our marketing and advertising and talking to the consumer,” said Sam Edelman, president, in an interview at the company’s headquarters.

Edelman said because the footwear company is planning to add several new categories shortly and is evolving into a lifestyle brand, they decided to do a “deep dive” into discovering the essence of the 13-year-old Edelman brand. Sources indicate the brand is approaching $200 million in sales. The company declined comment.

Working with brand and experience design company Collins in New York, they formed a committee of Edelman staffers and nonstaffers to get a sense of the brand’s DNA. They uncovered inspiration from illustrators such as Antonio Lopez and Joe Eula. Edelman was also influenced by a former boss, Doug Tompkins, cofounder of Esprit, when Edelman was president of Esprit footwear.

“The biggest thing that Diane Sullivan [chief executive officer of Caleres, parent company of Sam Edelman] and myself are looking for is something that will have a consistency and legs for the future. It’s not one picture. It’s about finding the soul and essence of Sam Edelman and the artistry,” he said.

Edelman chose Kelly, who had previously done showroom modeling at the company, to be the campaign’s model. “What I love about Jenna is she’s a real American, born in Kentucky on the edge of Tennessee,” Edelman said.

“The campaign is about artistry. It’s about the designer as an artist. It’s about Libby [Edelman], who’s been my muse since the day I met her,” he said. Ads were shot at Pier 59 in Manhattan against colorful backgrounds and feature a big “Sam” logo and Kelly in fun poses. In one of the images, Kelly is wearing only a fur coat and shoes, in another, the company gives a preview of one of its new categories, intimates, and in yet another, she’s naked and holding a shoe in front of her face. Brushstrokes are used throughout the campaign to accentuate and embellish the artistry of the photography.

The campaign, which breaks today, is digitally oriented and will run on Hulu, Refinery29, YouTube and Spotify, among others. It will also appear in major airports — Heathrow, JFK, LAX and outdoor locations such as Sunset Boulevard, Houston/Lafayette Street, NorthPark Mall in Dallas, and The Grove in Los Angeles. Out of home ads will run April through May, and native content will run April through June.

There are 18 different images that will appear this spring, as well as during the summer in Europe. “We’re hoping to have a wonderful presence in St. Tropez and St. Barts,” Edelman said.

Nick Ace, creative director of Collins, said, “From the first moment we stepped into their office, we could sense the love and imagination that resonated across all aspects of Sam Edelman’s culture. Like a true artist, Sam draws inspiration from everything he loves to create something new — which he delivers every season.

“His creations aren’t simply for show, his true intention is to inspire delight in the women whom he uniquely designs for. Even without his signature on the foot bed, you can see the fingerprints that made it ‘SAM.’ We hope our work does the same,” Ace said.

Edelman noted that the company had a very good 2016 and a very good first quarter. “The challenges are the changing consumer and the way she shops. We’ve been ahead of it and not behind. Also the change from core classics to fashion. We’re driving our business with fashion and newness. That’s what we’re best at and it’s working,” Edelman said.

He noted that he designs footwear for the 27- to 29-year-old woman, but acknowledges that his customer probably ranges from 37 to 67. “She’s an aspirational spender who’s looking at the world of fashion. She knows what’s going on and wants to be very excited and trend-on, and we give her that at a great price. That’s what we’ve done for 35 years. We interpret trend and fashion. We’re so well known for comfort and fit.”

The footwear is sold in 52 countries, including 200 doors in Italy. Among its retail accounts are Nordstrom, Net-a-porter, Dillards, Lane Crawford,  Lord & Taylor, Bloomingdale’s, Zappos, Amazon, Shopbop, Revolve and Gilt.