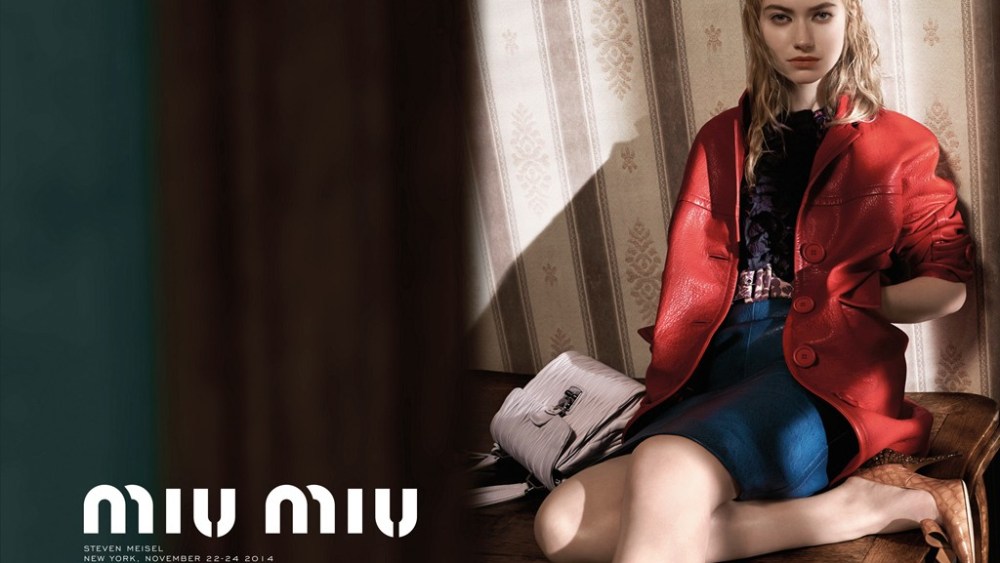 SCREEN GRABS: Miu Miu continues its love affair with the silver screen in its spring advertising campaign, for which the label has enlisted rising stars Mia Goth, Imogen Poots and Marine Vacth for a series of moody images shot by Steven Meisel.

The actresses were shot in cinematic settings that evoked a series of rooms, with sets featuring vintage wallpaper, dark-wood furniture and an unmade bed designed to create a feeling of dramatic tension. Hair is by Guido Palau and makeup by Pat McGrath.

The campaign is set to break in February issues, beginning with the U.K. edition of Harper’s Bazaar.