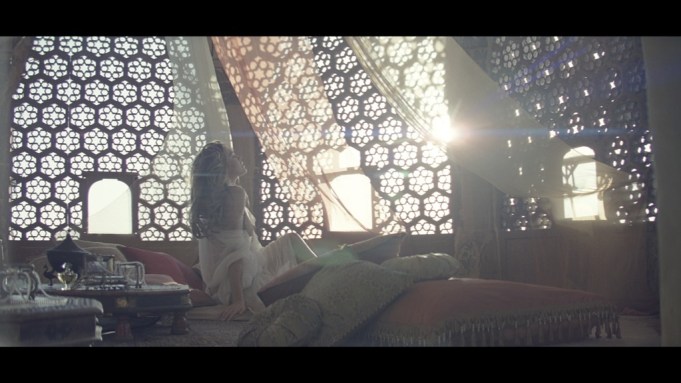 The film is rich with luscious imagery, including mysterious landscapes — think elephants laboring across snowy peaks — as well as sensuous shots of Vodianova in her bed and bath.

Yiqing Yin designed the costumes, and Hans Zimmer conceived the accompanying score for the ad.

On Aug. 28, a 3-minute-30-second rendition ran on France’s TV channel TF1, which is to air the same version on Sept. 8. Otherwise, it is showing various 30-second iterations, while French movie theaters play the longest version that runs for just less than six minutes.

Aveillan has also directed campaigns for Louis Vuitton and Cartier.

Shalimar is an iconic oriental fragrance, which was launched in 1921.