Her slate of new films will focus on how Americans are feeling about their country, suicide and marijuana.

Sheila Nevins, the award-winning executive producer, is taking a different approach in her new role as head of MTV Documentary Films to speak to a younger generation.

Her first three films for MTV are “St. Louis Superman,” “Gay Chorus Deep South” and “17 Blocks.” During a conversation Tuesday with Thom Powers, artistic director of DOC NYC, she revealed several new projects she is developing for 2020.

One documentary is by Alexandra Pelosi with the working title, “America on Selfies.” Pelosi, who previously directed the documentary “Journeys With George,” among others for HBO,  is traveling cross-country and taking the temperature of America, visiting such places as monuments; where people were shot to death; a gun store, and a flower store. “She’s an old-time filmmaker in a young woman’s body,” said Nevins.

Nevins, who was previously president of HBO Documentary Films, said Pelosi loves selfies “because people want to record their life and say ‘I was there.’ There’s a claiming of ‘look at me,’ at the same time there’s a sense of despair and a certain kind of desperation through the heartland.”

A second movie is about the increase of young suicides in America. “It’s very interesting to me. The largest number is middle-aged men, but 14 to 22, the percentage has skyrocketed,” said Nevins. She noted the film will speak with people who decided not to kill themselves and how they saved themselves. It’s produced and directed  by Alexandra Shiva, who directed “How to Dance in Ohio” for HBO.

The third film is about marijuana, with the working title, “Going to Pot: The Highs and Lows of It.”

“Because the audience is probably stoned all the time watching reality shows, I figured this was perfect for them,” quipped Nevins. It is being produced by Fenton Bailey and Randy Barbato, whom Nevins did 15 films with when she headed HBO Documentary Films. It explores the highs and lows of marijuana, including the legality, history and medical research. “It’s pretty much a question-and-answer show,” she said, noting that none of these commissions are traditional documentaries. She said viewers can call it up on their computers. She said the audience doesn’t have that long an attention span. “Neither do I anymore,” she said.

Nevins discussed what MTV is looking for when it comes to documentaries.

“Sometimes I think they’re not looking for me because I’m a lot of trouble. They’re looking to tap into the audience that was brought up first on music, and now on reality TV. They’re looking for truth-telling that catapults consciousness into caring.…The lack of awareness of the suffering of the planet and the universe is not habitable to some entertainment, and [we can] move it into docus and make them high-energy, and short attention span, and elevate them so someone cares about them…” She said she’s trying to get “to the heart of compassion.”

At HBO, Nevins was doing 40 documentaries a year, and she’d like to do 20 at MTV, although she doesn’t have the money for that. “I have a feeling if I can make these work, and they can energize the population to see MTV in a more serious way, but not necessarily in a boring way, because boring is awful, than maybe I’ll get more [money],” she said.

Discussing the possible end of cable TV, Nevins said, “I don’t think of it as television. I think of it as a form of entertainment that’s delivered any way…streaming. I’m just making stories, wherever they wind up, in whatever form, because the audience has changed because I’m catering to a younger audience. I have to be very careful about assuming prior empathy,” she said.

Nevins said she screens about 60 films a week. She said “Honeyland” and “American Factory” (the Obama-backed Netflix documentary) are the best documentaries out there. “I stood up and applauded the movie [‘American Factory’], and I was in my apartment,” she said.

Asked by an audience member whether part of her mandate is to be part of the 2020 election, Nevins said, “Yes, without question. If Alexandra [Pelosi] is standing knee-deep in a Texas storm and someone says it’s God’s will, and Alexandra has another person saying, ‘are you f—-ing  kidding? It’s the world, it’s the environment….’ Would I do a show on the environment? Yes. I think the planet is in dire shape. Politics is in dire shape. But if you go out and do a typical news or typical docu, I’ll fall asleep…because I’ll know from the opening where you’re going. I like when you don’t know where you’re going…I just think my approach is slightly different. I don’t think you can hit hard on. I think you have to develop the idea in a way that’s audience friendly to get listened to. I don’t want to be on a platform. I want to be on story-ville.” 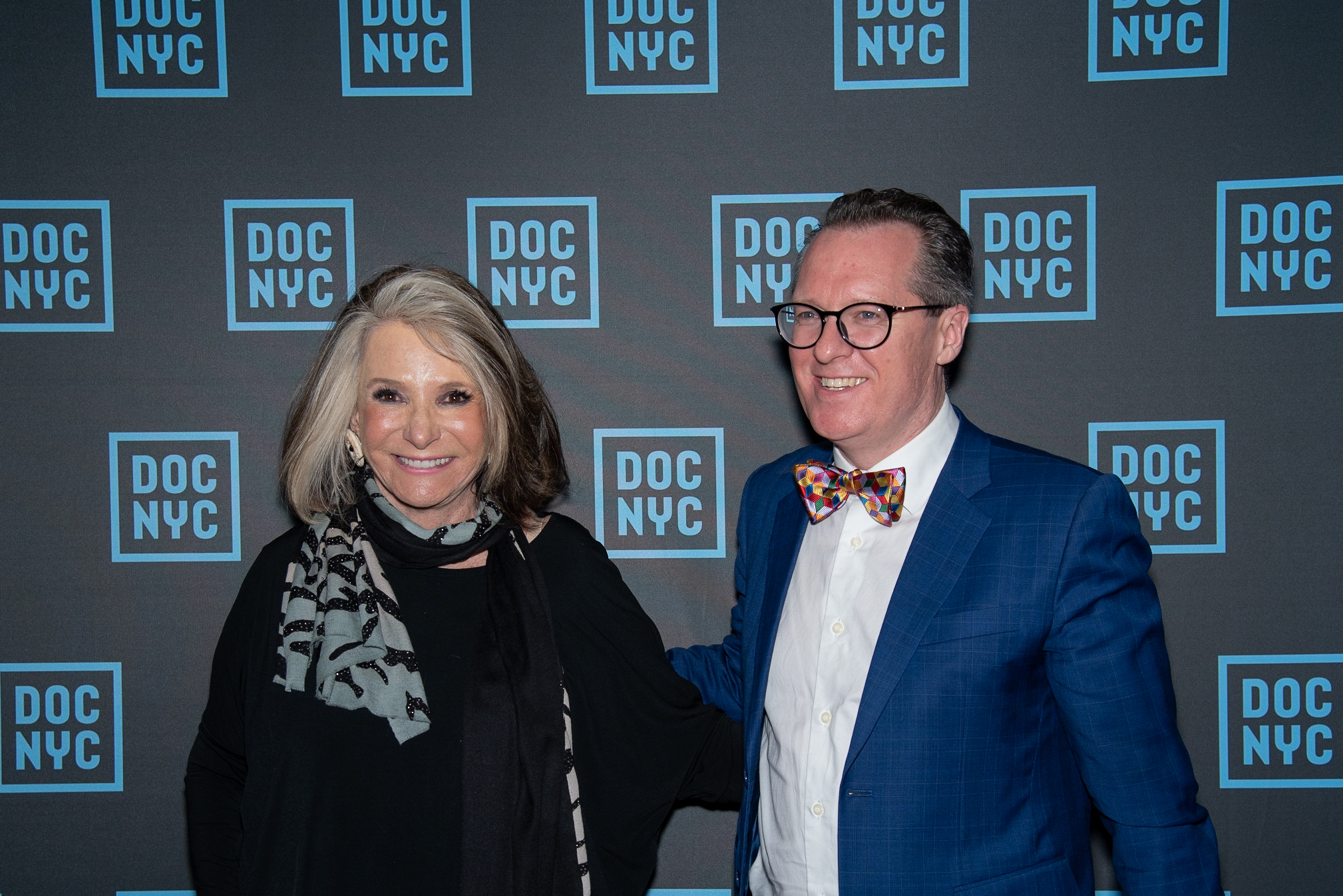 Turning to Nevins’ own road to MTV, Powers said it must have been a difficult thing for her to leave a place she’d been for more than 30 years. Nevins produced more than 1,500 documentaries for HBO, and her projects won 28 Academy Awards and 44 Peabody Awards, and Nevins has personally won 34 individual Primetime Emmy Awards, more than any other person.

“I did want to die there, but they didn’t want me to. I think in many ways I was pushed out,” said Nevins.  ”The presentation to myself was I was ready to go. But I think that part of it, I was sitting on a lot of young women…but I was too selfish to care about someone else who might want my job. I think it was time for me to move on. But I didn’t know what move on meant.”

People told her she’d have time to do all these things she never had time to do before. “Well, I didn’t. I left HBO, and I really didn’t know how to function at all without HBO, because really, it was my life,” she said. “I was in my late 70s and nobody really wanted me. I thought I’d form my own company. I had more and more energy by being rejected. I really wanted to kick back a little ass. I got a call from Liza Fefferman from MTV, who said, ‘My boss would like to meet you.’ And I said, ‘Your boss? Isn’t that for kids?’

“I had called many people whom over the years I had given films to who are now in great, enormously important positions, and they didn’t return my calls. Or, if they did, they’d say, ‘We have to have lunch sometime,’ but sometime didn’t really come…It was a very painful thing. Thank God for psychiatrists, quilts, a husband and a son, not necessarily in that order. The quilt may come first,” she said.

Chris McCarthy, president of MTV, VH1, CMT and Logo Media, said Nevins’ documentaries at HBO had a big influence on him personally as a kid and wanted to hire her. “I actually got choked up by this 44-year-old man who wanted me for things that I had done, that nobody seemed to want me for,” she said.

Sheila Nevins Calls for End to Ageism at Mirror Awards