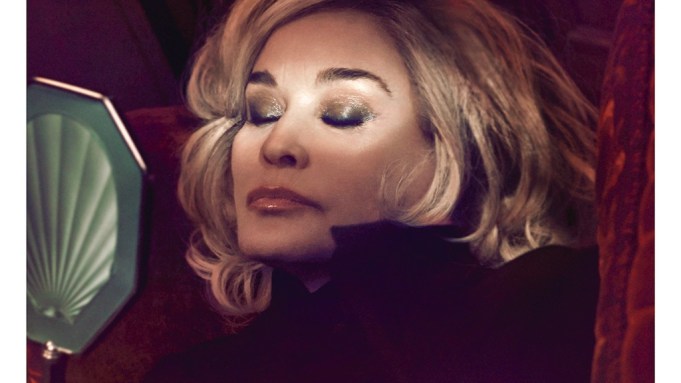 The Sixties are back, but not as in the Age of Aquarius, Vietnam or moon landings.

Of late, sixtysomething models have been seducing designers, brands and creatives and starring in ad campaigns and magazine shoots that would normally go to women less than half their age.

Jessica Lange (who will turn 65 April 20) is the new face of Marc Jacobs Beauty while Charlotte Rampling (68) has just taken on a similar role at Nars. Tom Ford cast Pat Cleveland (61) for a sexy fashion shoot alongside a naked Conrad Bromfield—a South African model in his early 20s—for Numéro Russia, while Jacky O’Shaughnessy (62) recently appeared in lingerie and yoga apparel ads for American Apparel.

The designers would argue that it’s character rather than age that counts. And it’s no coincidence that the designers involved are mostly in their 50s, and came of age when these women were lighting up the catwalk or the big screen.

François Nars said he chose his former muse Rampling for a variety of reasons, including her strength of character. “She has a natural beauty that feels strong, yet relatable,” said Nars, who plans to photograph her, portrait-style, in black-and-white.

“Whether captured in artwork, through the lens of a magazine photographer, or on film and the big screen, she had an amazing power to encompass a character.”

Jacobs was already a fan of Lange’s acting, and later worked with her on a shoot for Love magazine. “We’ve set up the idea that, like with a lot of our shows, we should surprise and do something different,” he said of Lange. “What we’re going to give visually in terms of the print and image is not what you should expect, but what inspires me, and that may come from different places. So we used Jessica.” (Jacobs also used Lange’s decidedly downbeat and seemingly ironic version of “Happy Days Are Here Again” for the soundtrack of his New York runway show.)

Ford said he had long wanted to work with Cleveland: “Images of her in the Seventies were a part of the glamour of that era that made me want to become a fashion designer. Working with her exceeded my expectations—she is like a tornado. Her positive energy is unstoppable and the entire crew felt it as well. I had to actually take breaks just to catch my breath and to calm down.”

Nostalgia—and the love of a strong and powerful woman—may only be part of the story. There are those who believe that women over 60—wealthy, accomplished and with children who have more than likely left home—may need more love from the big brands.

“The [fashion] industry has definitely missed out on a lucrative group that has both the purchasing power and the right mind-set to purchase luxury goods,” said Valentina Lorenzon, author of a report by Ledbury Research entitled Older Generations and Luxury Consumption. “They are educated, have a high income and look for high quality and exclusive products.”

The Ledbury report, issued last month, argues that Baby Boomers have a higher purchasing power than their younger counterparts, and especially in established markets like the U.K. and the U.S., they hold a vast majority of the wealth.

Cleveland sees the trend through a different lens: “I’ve been modeling for 50 years.…The fashion world was smaller. Now it is an open door. Fashion is for everyone,” she told WWD, adding that today she feels more appreciated than before. “Like a good bottle of Goût de Diamants [Champagne]. It takes a while to become a diamond….Now I feel I shine brighter than ever after having had so many wonderful rendezvous with all the talented artists in the fashion world. I feel I am living in a beautiful dream when I meet up with the fashion tribes of the world. We are out to create something special and new.…Thank God for fashion!”