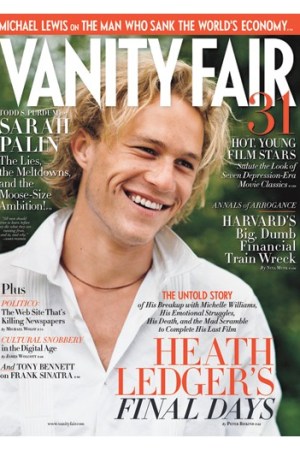 The second half of 2009 remained a bleak period on the newsstand for some fashion titles, as several factors, including a troubled economy, continued to hamper sales. Almost half of the fashion titles measured continued to experience double-digit declines in single-copy sales, including Allure, Essence, Lucky, Marie Claire, Self, Vogue and W. Among lifestyle titles, Martha Stewart Living and Redbook continued to suffer at the newsstand, and men’s titles, except for Men’s Journal, posted declines. Newsstand figures continue to be an important barometer for each title, but some see their importance potentially diminished in the future as e-readers, such as the iPad and Skiff, are developed and eventually become more affordable to consumers.

This story first appeared in the February 5, 2010 issue of WWD. Subscribe Today.

There were a few bright spots during the period, including O The Oprah Magazine’s turnaround, partially due to strong sales of the highly promoted December issue featuring Oprah and Ellen DeGeneres. Men’s Journal also had a significant boost in single-copy sales, led by the December issue with Alec Baldwin on the cover (which is the best-selling cover in the magazine’s history). And Vanity Fair continues to grow at the newsstand. The second half of the year was the largest six-month average in the magazine’s history, with five out of six issues selling more than 400,000. (In 2008, the magazine had average newsstand sales below this figure.) Heath Ledger, featured on the August cover, sold 495,000.

Below, WWD provides the circulation figures for the largest fashion and lifestyle magazines, as filed to the Audit Bureau of Circulations.