Return on investment is something any brand with a social media presence is after. But how to get it remains the meta question. 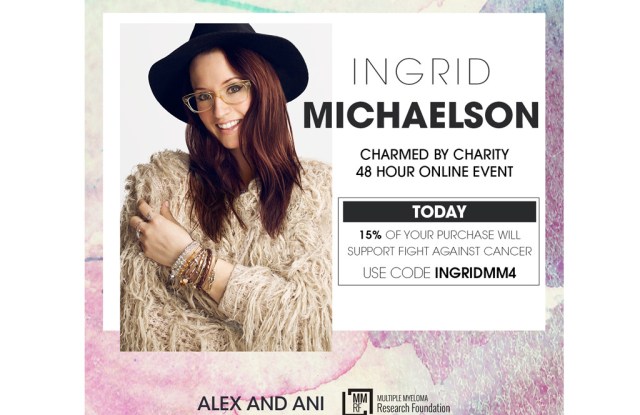 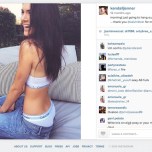 NEW YORK — Three little words — return on investment — are something any brand with a social media presence is after.

But how to get it remains the meta question — and it’s a topic most companies are reluctant to discuss because they just don’t have the numbers to prove there is any.

This story first appeared in the March 16, 2015 issue of WWD. Subscribe Today.

ROI is difficult to track since most companies only receive data on last-click sales, making many brands and stores wary of sharing this information, according to Cannon Tekstar Hodge, a social media consultant.

“Because it can be difficult to collect data and exact customer behavior leading up to a sale, companies prefer sharing numbers that are most finite, which typically is limited to engagement rates and estimations,” Hodge said.

So firms are more than willing to spew out data on impressions or “likes” on their social media, but when it comes to ROI, they snap shut faster than a Venus flytrap.

Facebook-owned Instagram — or fashion and retail’s go-to social medium — hasn’t made it easy for brands trying to sell their products. The platform doesn’t allow for linking out in posts or any sort of commerce, which makes it hard to track purchases it has influenced. Nonetheless, the vast majority of brands’ unpaid social efforts are focused here.

The reason is that Instagram is the only social medium where engagement rates don’t dip as followings grow for fashion brands, according to Scott Galloway, New York University marketing professor and cofounder of L2, referring to an L2 Intelligence Report that came out last week on the social channel.

“Instagram is top of the funnel, brand-based marketing, and it’s very hard to establish direct attributes and that’s across all mediums. Whether it’s print or marketing, the ROI here [on Instagram] is largely secondary,” he said.

Galloway added that since Instagram has an organic reach of 100 percent, it’s hard to overinvest on the platform right now.

While it doesn’t allow for linking out or purchasing from the platform, Instagram boasts a highly engaged audience of more than 300 million people. And from taking a glimpse at these users’ behavior, it’s likely that this community is influenced in some way by the product images and videos they see when scrolling through their feeds.

He noted that as communities grow on most social platforms, engagement dips because brands gain followers beyond their core evangelists. This negative correlation doesn’t occur on Instagram, though, where engagement continues to soar, even as brand followings enter the hundreds of thousands — or even millions.

For instance, Christian Louboutin has the largest following in the fashion community with 3.9 million fans, as well as the highest engagement rate. And Michael Kors, one of 13 brands that have more than one million followers, published five of the top 10 #nyfw brand posts (by likes).

Galloway called Instagram’s and Facebook’s hold on the digital marketing funnel a “powerful combination.” The former has an aspirational and emotional hold on users that’s still entirely organic and can be handed off to the latter, which has the direct response and targeting tools.

Even though there is hardly any revenue data to back up the return on social media spend, it remains a key focus for brands, along with enhancing the “omnichannel” and “mobile commerce” experiences. The latter two are arguably more commerce driven and, therefore, easier to determine an ROI. But a return on social spend still looms as a black hole — for most.

In the year since Calvin Klein rolled out its #mycalvins social campaign, the brand said it saw “unprecedented engagement” and “strong ROI” from its efforts, which included both organic and paid elements. “For fall 2015, from a wholesale perspective, units sold of our modern cotton logo product [the product featured in the campaign] are more than five times what they were when we kicked off #mycalvins a year ago,” said Melisa Goldie, chief marketing officer at Calvin Klein Inc.

This is just the beginning of the ROI equation for Calvin Klein, which started to tailor its social media strategy during New York Fashion Week into one that will ultimately drive sales. Instead of just partnering with influencers and bloggers to disseminate content, the brand this season started working with retailers — including Net-a-porter, Opening Ceremony, The Webster, Mytheresa and Saks Fifth Avenue — which shared content containing actual items it will sell.

Alex and Ani has also seen a strong ROI from its social media investments, according to senior vice president of digital Ryan Bonifacino.

“It’s not an assumption or a theory: We have proven that every dollar we put into social media from an organic perspective returns more than the dollar we put in,” he told WWD.

The brand, which surpassed $300 million in revenue last year, has a full-time team of 10 people dedicated to organic social media. As for paid digital marketing, the brand spent the most on Facebook at about $1.38 million (for its direct to consumer channels only), with co-op marketing from wholesale partners adding another several hundred thousand dollars to that amount.

“From a true cross-channel attribution modeling and ROI and ROAS [return on advertising spend] standpoint, we completely separate calculations for pure all-in acquisition outside of retail markets, pure all-in acquisition in retail markets, incremental lift for all markets and retention strategies for all markets,” he said of the brand targeting prospective customers and existing customers.

From paid Facebook spend, Bonifacino said that the total pure acquisition revenue for 2014 was about $7 million and the total incremental revenue from mid- and low-level targeting was more than $9 million. Considering e-commerce comprised about 20 percent of the company’s revenue in 2014, the $16 million in sales that came from paid social media advertising made up 25 percent of Alex and Ani’s e-commerce sales.

Ross Anderson, founder and chief executive officer of NYL Media, a digital firm that’s worked with Versace, Victoria Beckham, Four Seasons, One World Trade Center and L’Oréal, has found that converting social media followers into e-mail subscribers is an effective way to ascertain an ROI on social media for now.

E-mail marketing is among the strongest conversion channels for brands and retailers, and Anderson said that encouraging followers to register and provide their e-mail addresses can result in converting 10 to 15 percent of these people into e-mail subscribers.

“If you’re a brand and you’re looking at the performance of your postings and content — the engagement level will tell you which types of media and content perform better within the given channel — but that’s not a measurement of ROI,” Anderson said. “[But] we know we can convert from e-mail marketing. That’s where we’ve seen the highest ROI.”

For instance, Lagos — which ran social campaigns with an objective of converting social media followers into e-mail subscribers — saw, on average, a 15 percent lift in followers to subscribers.

There have also been a handful of companies that have popped up over the past few years — Olapic, Like to Know It, Curalate’s Like2Buy and most recently, the app Dash Hudson — which are all trying to quantify the path to purchase that begins on a social channel, with an emphasis on Instagram. These technologies appear to be seeing early success thus far given that they are trying to monetize a platform that isn’t optimized for commerce yet.

Like to Know It, founded by RewardStyle in January 2014, allows users to receive e-mails with direct links to purchase product featured in an Instagram photo that they “liked.” Since its launch, the technology has driven more than $15 million in retail sales, Like to Know It enabled images have gotten 85 million likes, and more than 500,000 Instagram users are shopping through the technology.

Venz Box believes that engagement is a predictor for ROI — a far more powerful indicator than followers or likes. Of the top 10 performing content creators using Like to Know It, ones with tens of thousands of followers frequently sell more products than those with hundreds of thousands or millions of fans if they have a more engaged fan base.

Five-month-old Dash Hudson has a similar goal to Venz Box’s Like to Know It, except it uses push notifications via its app instead of e-mail. Thomas Rankin, Dash Hudson cofounder and ceo, said that this allows users to immediately receive notifications with a direct path to purchase as soon as they like an image enabled with the app’s technology.

“You get them in the moment of intent or urge, and it’s a very simple two-tap checkout. We’re not routing the consumer to third-party product pages. Everything is for purchase on Dash Hudson,” Rankin said, adding that the mobile-focused solution raised a seed round of $1 million earlier this year and carries products from more than 3,000 brands including Adidas, Topshop, Asos and Levi’s.

Olapic has used its technology to take branded and user-generated social media content to populate product pages or the homepage of a client’s digital flagship.

Like many others, Pau Sabria, cofounder of Olapic, acknowledged that a challenge thus far in the space has been that there’s still no clear way of quantifying the direct effect social media has on sales — which is how Olapic came about in the first place four years ago.

“We exist because we bring content onto e-commerce sites so you can make that attribution. By changing what the content is — Facebook into e-commerce — we can see that there’s an impact,” said Sabria. “If you place the content on e-commerce, where you have control of engagement and conversion, you see a very clear correlation between interaction and what they [consumers] buy.”

The more users interact with social-media-generated content on an e-commerce site, the more they will end up buying. And the firm has strong data to back that premise up, especially when it comes to apparel, jewelry and shoes. Jewelry is the highest performer, with consumers being 70 percent, or 1.7 times, more likely to buy a product after interacting with a user-generated social media photo on its product page. The average order value also increases by 12 percent.