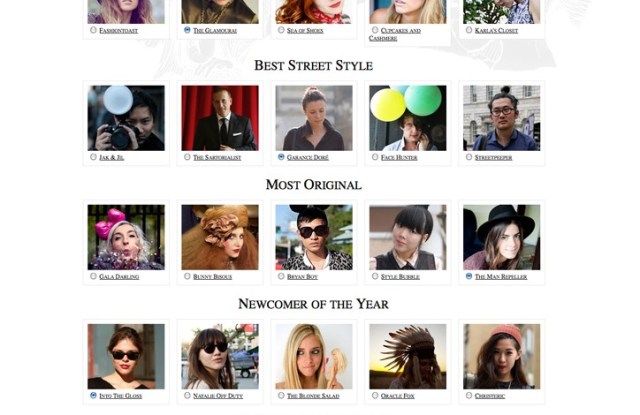 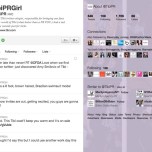 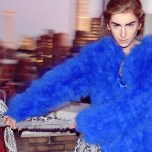 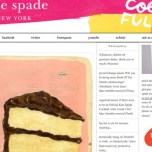 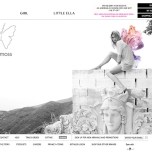 SOCIAL MEDIA AWARDS SEASON HEATS UP: Hollywood might have the Oscars, the SAG Awards and the Golden Globes, but social media has Style Coalition’s Fashion 2.0 Awards and the first-ever Bloglovin Awards to celebrate the best in online fashion and blogging communities. For the second annual Fashion 2.0 Awards, sponsored by The Find, industry peers nominated the individuals they saw as most deserving in the following eight categories: best online video, best Facebook page, best mobile application, best blog, best Web site, next big thing in tech and top innovator. The nominees with the most submissions were announced Tuesday and voting is now open to the public at vote.thefind.com. Some of the brands to take last year’s top honors were DKNY for best Twitter, Coach for the best Facebook page, Kate Spade for the best Web site and Free People for the best blog. This year’s winners will be announced on Feb. 16 at a ceremony during New York Fashion Week. Over at Bloglovin.com, voting is open for the best personal style, street style, most original, newcomer, fashion news blog and blogger of the year. Sea of Shoes, Cupcakes and Cashmere, Face Hunter, Man Repeller, The Glamourai and Karla’s Closet have all been nominated, and winners will be announced on Feb. 13 at a private dinner presented by Rebecca Minkoff and Tumblr.

TIBI’S NEW PLAN OF ATTACK: Following in the footsteps of fashion power tweeters OscarPRGirl and DKNYPRGirl, @TibiPR is unleashing a new strategy on the social medium and will now go by TibiPRGirl. In an attempt to get rid of impersonal Twitter updates and Facebook postings, public relations director Elizabeth Walker is now at the helm of the brand’s tweets, giving followers a perspective from the p.r. side. Founder Amy Smilovic told WWD, “I wanted a more personal voice speaking to our fans. I love the spontaneous, off-the-cuff comments posted by the people I follow. They grab my attention more than the third-party perspective you see from many companies. We want our fans to get a sense of the real deal, raw happenings behind the scenes, and Twitter is such an insanely effective medium to get this across. Liz has a pretty interesting and exciting point of view, both in and out of the office.”

Maker of epic Mongolian fur capes @Adrienne_Landau is set on upping its social media presence this year, and the brand announced a fashion week giveaway on Twitter, where three winners will be eligible to choose a fur (or faux fur) vest of their choice. In order to be considered, fans need to tweet a picture of themselves in anything Adrienne Landau through Monday for a chance to win (I may or may not have tweeted a picture of a cardboard cutout of Edward Cullen wearing the aforementioned Mongolian fur cape). And in a non-social media-related note, the brand tapped Olympic skater and fur enthusiast-turned-reality star Johnny Weir — famously threatened by PETA for incorporating fur into his costumes — to design a coat and accessories for the fall collection. Best of all, he will walk in the brand’s Feb. 17 show.

Milly is hosting a Facebook contest through Feb. 11, and the winner will score a one-of-a-kind handbag from the brand’s first accessories collection and have the opportunity to bring five friends to the fall runway show at Lincoln Center on Feb. 16. Milly will also live-stream its show for the second time on firstcomesfashion.com.

KATE SPADE INVADES TUMBLR: All the cool fashion kids are doing the Tumblr thing, and Kate Spade New York is the latest to join the platform. The brand announced the debut of its spankin’ new blog Thursday on its Twitter and Facebook pages at katespadeny.tumblr.com — and told WWD it plans to use Tumblr as a vehicle to share imagery and video, and to promote both new and existing initiatives with fans, including “Live Colorfully,” a concept just announced for 2011. In an effort to maintain a strong relationship with the community, a spokesperson for the brand said, “We want to make sure that we’re not simply on Tumblr just to be there, but rather contribute to what the channel is meant to be — a collection of inspiration through images and thoughts. We want users to submit posts to us, ask us questions and interact.”

Ella Moss launched a new Web site Monday at ellamoss.com, inviting users to engage in a more personalized experience. Fans can now get a glimpse of designer Pamella Protzel Scott’s creative process and brand message through behind-the-scenes footage of the spring campaign, a “Pamella Loves” section, a Shop the Look feature that allows searches by color and size and imagery of Protzel Scott’s muses for the current collection. “It brings together the brand’s playful-yet-sophisticated and modern-yet-still bohemian sensibility directly to the consumer. The site effectively allows us to tell the complete story,” Protzel Scott told WWD.

BECAUSE SOMETIMES YOUR BLACKBERRY OR IPHONE CAMERA JUST WON’T CUT IT: It’s only six days until fashion week is officially upon us and many are still scrambling to find the perfect digital camera to capture runway looks, the scene backstage, intimate dinners, presentations and after parties. Thankfully, Fujifilm’s FinePix Z800EXR — billed by the brand as its “style camera” — has a nifty touch screen and social media capabilities so users can share photos instantaneously on Facebook and YouTube.

Barneys New York is throwing an event in honor of Tumblr’s New York Fashion Week bloggers, hosted by Simon Doonan. Some of the bloggers selected to cover the fashion shows include John Jannuzzi of Textbook, Rebecca Roe from The Clothes Horse and Jessica Quirk of What I Wore. “I was formerly very skeptical about the whole blogger phenomenon, but now I am a raging convert,” Doonan told WWD. “I love the informality and unconventional chutzpah which my Tumblr pals bring to fashion commentary. I have even come to terms with the fact that they are half my age. Almost.”

We just can’t get enough of the shirtless Old Spice guy over here (aka Isaiah Mustafa), so naturally we couldn’t contain ourselves when a batch of pictures from the new ad campaign arrived in our in-boxes. While the ads officially launch on Monday, Old Spice chose a “superfan” Thursday to launch the commercial through the social media channel of their choosing. Immediately following, the brand shared the three new commercials via Facebook, Twitter, YouTube and oldspice.com.

J Brand has brought Attention USA on board as its new social media agency and has plans to launch several social media and blogger initiatives during fashion week. The brand is partnering with MAC & Milk for fall 2011 fashion week and will post on Facebook and blog throughout. Do we also smell a Twitter page in the near future?

Gilt Groupe launched a monthly celebrity style series, and Lee Harris is the first celebrity stylist curator to be featured on the site. He will provide fashion tips and curate head-to-toe looks (with each item available for purchase on gilt.com, of course) to inspire users.

Linda Fargo will select a winner from Polyvore’s Dress Bergdorf Goodman’s Linda Fargo for Fashion Week contest today who will get to fly to New York and win a $2,500 gift card to the department store. So far, the competition has received nearly 5,400 entries.