On Monday night, Bravo threw a bash for its new reality series, "The Real Housewives of New York City," which follows the lives of five women meant to be... 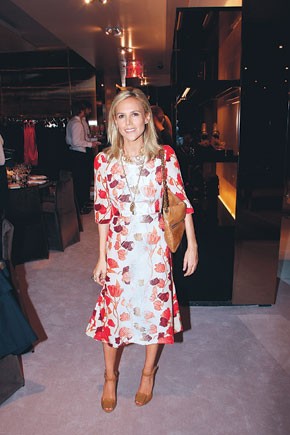 On Monday night, Bravo threw a bash for its new reality series, “The Real Housewives of New York City,” which follows the lives of five women meant to be Manhattan’s most sought-after socials. The following afternoon, Gucci held a ladies luncheon to celebrate its new flagship and the Gucci [Loves] NY collection, which benefits the Playground Partners of the Central Park Conservancy. Not surprisingly, none of the “Housewives” cast was there, but some are hoping that entrée to such events will come with their newfound fame. “Would I like to get invited to the Met [gala in May]?” asked Jill Zarin, rhetorically. “You think I might take that invite?”

Only time will tell if she’ll ever make the cut, but meanwhile, a breakdown of the two social realities exhibited this week.

Who: Co-stars Alex McCord, Bethenny Frankel, Jill Zarin, Ramona Singer and Countess Luann de Lesseps, and what appeared to be all of Long Island.

Where: Touch, a two-story club on 52nd Street in Midtown, replete with neon accents and The Police and The Cranberries on the sound system.

Food: Pepper-jack and cheddar cheese cubes on a plastic tray with grapes and crackers.

What people were talking about: Where to sit and how to get the photographer to take their picture.

What people were talking about: Nannies, presidential politics and benefit committees.

Swag: A python Gucci handbag from the Heritage collection.