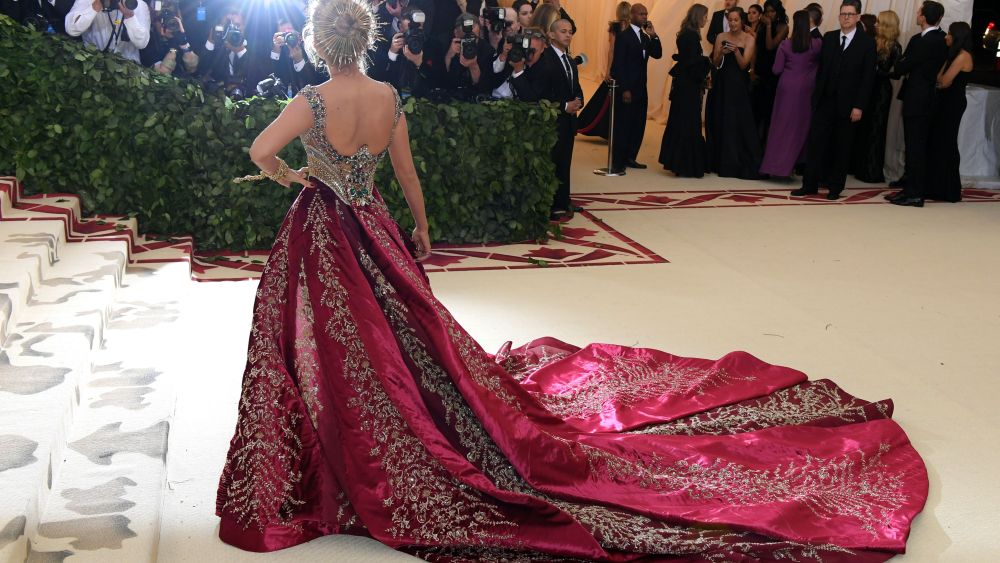 A few very familiar fashion names could be missing from this year’s Met Gala on May 6.

The industry glitz-fest led by chairwoman Anna Wintour, which actually started out 71 years ago as a more typical (and low-key) museum fund-raiser, is a predictably pricy affair. Individual tickets go for $35,000 and tables of 10 go for either $200,000 or $300,000. But sources said Ralph Lauren, Dior and Calvin Klein have opted out of spending big on entire tables this year.

Of course, brands can do what they wish with their money, but there’s no doubt that the Met Gala has been for years a sort of live presentation of the ads in and supporters of Vogue. The magazine underwrites the event through its owner Condé Nast, while Wintour, with the help of her Vogue staff, maintains an iron grip on planning, overseeing and coordinating the entire night — down to who sits where and who’s invited in the first place to sit at the tables brands put down big money for.

Ralph, Calvin and Dior have been big boosters of the event, collectively dressing scores of celebrities and high-profile guests for at least the last six years. Ralph’s presence at the Met Gala is even the reason Priyanka Chopra and Nick Jonas are married — the two were both dressed by the designer in 2017, which led to an introduction the evening of the event, as the red-carpet moments are carefully coordinated by Wintour. The one asterisk here is Calvin, which seems to have skipped last year’s event, too, after many consecutive years in attendance. It’s now pulling out of the high-fashion space altogether, while the brand considers the way forward for the overall business.

This is not to say other major fashion houses won’t be there — this is “the Oscars of the East” and Wintour still wields some power. Gucci is the official sponsor of the exhibition, for one. In addition, Louis Vuitton and Burberry are buying tables this year, as they have done for many years. Riccardo Tisci, now creative director at Burberry, has attended for many years, too, not to mention dressing some of the biggest guests during his tenure at Givenchy.

A spokeswoman for Vogue said this year’s event is sold out “and has been for some time.” She also noted that this year’s gala saw tables purchased by designers that had not done so in the past — declining to specify which ones as the guest list is not disclosed — and that “the makeup of the room also changes each year, along with that year’s theme, as one would expect.”

“Camp” is this year’s theme (making Gucci a fitting backer) — seemingly a pretty easy mark for a group of people making their own version of costumes for a living. More esoteric themes have never stopped anyone, like last year’s based on fashion and Catholicism or one a few years ago based on technology. Moreover, the group of designers and brands with the most presence at the event (dressing the most celebrities and models and presumably buying tables for them to sit at), has been remarkably consistent. There are a few outliers and one-offs, but for the last several years, a little more than two dozen brands have been a public part of the event, their interest driven by the red-carpet media frenzy and Wintour. Of those, only 10 seem to have been big players (including Ralph, Calvin and Dior), together dressing nearly half of the red-carpet guests annually.

Yes, such brands may have missed a year here or there since Wintour took over the event in 1995 and turned it into the present fashion and media frenzy, but it’s certainly been a while since it happened. And, yes, next year everything could change. But the fashion-media matrix has certainly been irrevocably altered in recent years. No magazine, not even Vogue, has the same influence over the industry that it once did and social media has given advertisers, brands and designers a lot of their own power to create “moments” and “brand awareness.” Dior, for example, has almost 25 million followers on its own Instagram account, a few million more than Vogue’s own. If the brand wants to get an image of an actor or a “brand ambassador” in one of its looks out into the world, it doesn’t need to spend well upward of $300,000 for a red-carpet event to do it when an Instagram post by it or an influencer can do the trick.