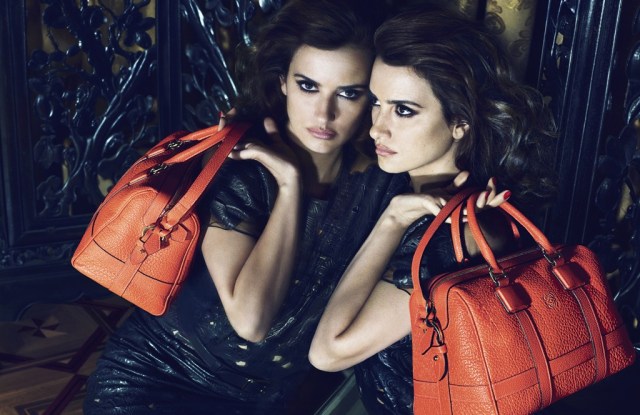 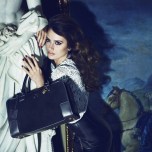 SPANISH EYES: The Spanish accent in Loewe’s spring campaign could hardly be more pronounced. The arresting eyes of Penélope Cruz smolder for the camera of Mert Alas and Marcus Piggott, who captured the “Vicky Cristina Barcelona” star at the Palacio Marqués de Villafranca in Madrid. A key reference for the spring collection and campaign is Gala Dalí, the wife and muse of Surrealist artist Salvador Dalí, chosen for her strong and passionate character.

The ads break Thursday on Style.com and loewe.com. In print, the campaign makes its debut in Vogue Japan later this month, followed in February by an array of international fashion magazines. There will also be billboards in key cities where Loewe operates stores, starting in Spain the week of Feb. 6.

This story first appeared in the January 8, 2013 issue of WWD. Subscribe Today.

Cruz signed a three-year deal to front the Madrid-based house, founded in 1846 and owned since 1996 by French luxury giant LVMH Moët Hennessy Louis Vuitton. The Oscar-winning actress said she grew up with Loewe, and in the ads she wields its Amazona bag, originally created in 1975, plus one from its new equestrian-tinged Paseo line.

“It’s a really, really Spanish brand. It has always taken inspiration from the Spanish tradition, Spanish culture and Spanish history,” she said. “I’m really proud to be working with a brand where everything’s done here and almost everybody is Spanish.”

Collaborators on the ads are, in fact, of several nationalities, with art direction by Riccardo Ruini and stylist Joe McKenna, hair by Pablo Iglesias and makeup by Charlotte Tilbury.