St. John Knits Inc. is trying its hand once again at reaching a younger audience with a new advertising agency and campaign. 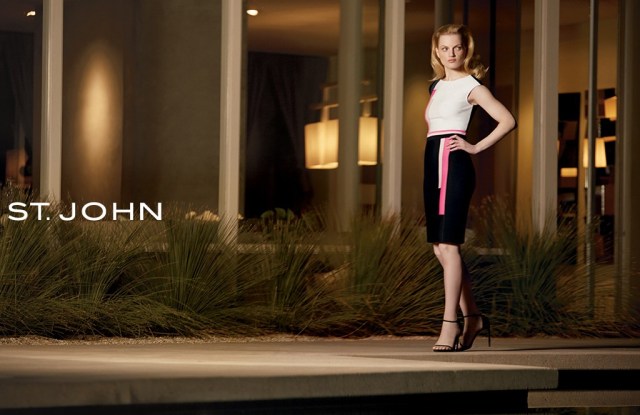 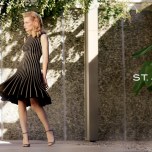 APPEALING TO A YOUNGER MARKET: St. John Knits Inc. is trying its hand once again at reaching a younger audience with a new advertising agency and campaign.

The Irvine-based firm hired SelectNY as its agency of record and seeks to position the brand in what it’s calling a Golden Coast Glamour lifestyle.

“We cherish our existing consumers, but we know we need to reach a younger target,” said St. John interim chief executive officer and chairman Bernd Beetz. “We call her ‘The Ascendant.’ She is a woman on the rise, shaping culture in business, tech, art, government — you name it. She is the future for the brand and the world we live in.”

Beetz stepped into the interim spot at St. John in November following the departure of then-ceo Geoffroy van Raemdonck. That announcement last year also came with news that Beetz made an investment in the company along with Shanghai-based Fosun International.

St. John stores are seeing double-digit growth and the company’s wholesale customers “are engaged and seeing strong results,” according to Beetz.

This isn’t the first time the company has attempted to reach a younger audience. Past campaigns featuring Angelina Jolie and Karen Elson also aimed for similar results.

The new creative from Select is digitally heavy and kicks off in February with a social media rollout that aims to grab the attention of 30- to 45-year-olds. Part of that work began late last year, when Select helped add Pinterest to St. John’s roster.

The company’s total social following has increased 55 percent since October, with Pinterest helping drive 7 percent of the overall traffic to the St. John Web site.

St. John also recently struck a deal to partner with Elle magazine on its Women in Technology feature, which launched in the July issue, and includes a dinner honoring the women featured in the Elle Tech Power List. The event will be held in San Francisco later this year.

A more traditional print campaign is planned for the fall, with negotiations under way on those media buys.