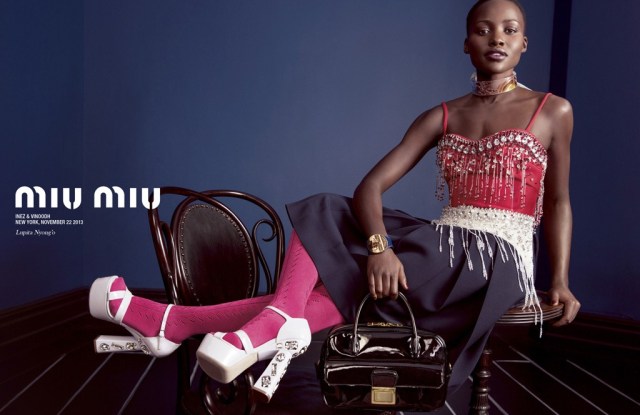 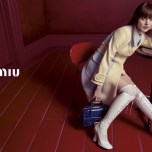 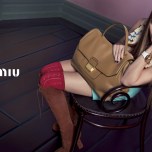 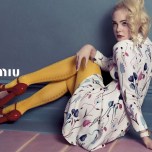 Each poses against contrasting walls in saturated shades of blue, red and violet and multicolor floorboards, which highlight the diverse prints and materials of the clothes and accessories, such as thick wool stockings in rich yellow, red and pink paired with ruby Mary Janes, lace-up knee-highs or crystal-studded platform sandals.

Incidentally, Nyong’o, together with Dane DeHaan and Léa Seydoux, who also front campaigns for Prada, are three of the five Rising Stars 2014 nominees at the BAFTA awards to be held in London next month. DeHaan is seen in Prada’s men’s campaign for spring and Seydoux in the Prada Candy ads and Miu Miu pre-collection images for spring.