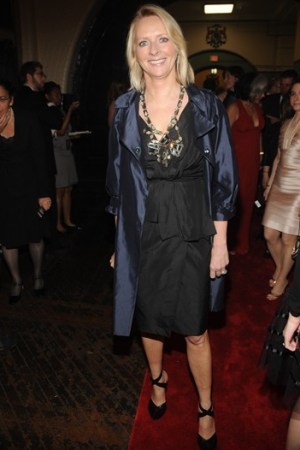 While the exercise has become a bit trite and overdone, talk of New Year’s resolutions is hard to avoid — at least until next week. For magazine editors and publishers, the 2010 resolution du jour is ad pages — or more precisely, wishing for a more bountiful year on the publishing side.

“I was rather abstemious in 2009 so I am planning on more fats, more alcohol and much more advertising,” said Marie Claire editor in chief Joanna Coles. Ed Ventimiglia, senior vice president and publisher, Departures, said he wants to “reverse a 2009 trend and slim down the publisher and bulk up the issues.”

Meanwhile, Cosmopolitan editor in chief Kate White is focusing her attention on booking big celebrity covers, hoping “to get Lady Gaga, Megan Fox and Taylor Swift on the cover of Cosmopolitan (but not all at the same time).”

The topic of food — whether about new adventures in the kitchen or losing weight — is always a popular resolutions topic. Vanity Fair vice president and publisher Edward Menicheschi said he plans to eat “less Monkey [Bar] bread” in 2010. J.P. Kyrillos, vice president and publisher, Travel + Leisure, resolves to “finally win one of these weight loss bets I seem to make at this time of year with chef friends who never seem to take it as seriously (but still beat me),” and, in addition, to learn something new every day and finally reading the manual for the Wii Fit. Marie Claire vice president and publisher Nancy Berger Cardone wants to “perfectly re-create my mother-in-law’s chicken scarpariello recipe.”

And even though most have just returned from their holiday break, more vacation time is already on their minds. Valerie Salembier, senior vice president and publisher of Harper’s Bazaar, said, “My New Year’s resolution is to finally rent an RV with two girlfriends (Thelma and Louise) and drive to Mount Rushmore, then the Grand Tetons. I suspect there will be no fashion faux pas on this trip.”

Susan Kaufman, editor, People StyleWatch, intends on using all of her vacation time next year, and Connie Anne Phillips, publisher of InStyle, and Christina Grdovic, vice president and publisher of Food & Wine, are planning trips to India. But frequent traveler Nancy Novogrod, editor in chief of Travel + Leisure, is keeping it simple, with a resolution to carry on and come home with one bag only — made even before the latest airport security crackdown. “…It would make my life, and my multi-destination trips, so much easier,” she remarked. Meanwhile, InStyle managing editor Ariel Foxman is thinking local and plans to “enjoy New York City even more.”

The topic of travel isn’t of immediate concern for Departures editor in chief Richard David Story — instead, he plans to spend the upcoming year trying to “restore value and meaning to that much-abused six-letter word ‘luxury’ and resolve to fight the good fight against the ubiquitous and inappropriate use of ‘bespoke’ to describe everything from the new McCafe selection at McDonalds and flowers from the local deli.” So don’t expect to see photos of a “luxury, bespoke pastrami sandwich” in the title’s pages.

Then there are those like Allure editor in chief Linda Wells, who isn’t committing to a resolution at all this year. “Every time I make a New Year’s resolution, I break it before the month is out,” she said. “If I swear off M&Ms (like I did in 2004) or gossip (2006, no kidding), I can guarantee that I’ll be pumping quarters into the vending machine while whispering about someone’s behavior at the holiday party. So this year, I will make no promises. I will not vow to work out every day or go to bed before midnight; I won’t pledge to remove my makeup or apply sunscreen; I won’t tell a soul whether I intend to reduce my caffeine or increase my omega-3s. It’s a no-resolution resolution, and it may work. Or not. I’m not saying.” Wisely, perhaps.