Tom Ford might want to skip reading the Sunday New York Times Magazine over his Champagne and eggs brunch this week. 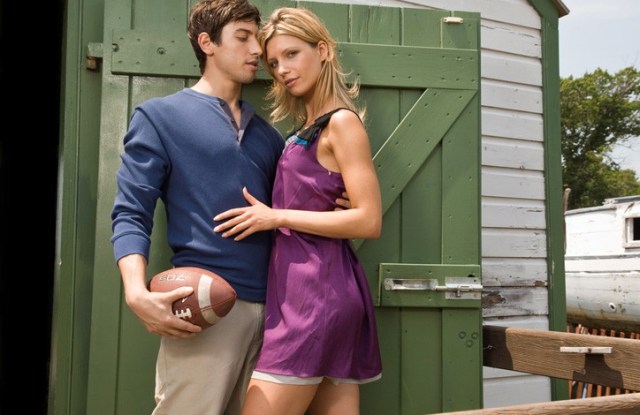 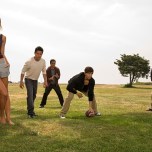 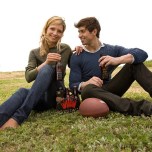 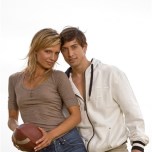 DRESSING UP: Playboy.com on Thursday launched an online men’s style guide aimed at helping young men do what its centerfolds don’t: put on clothes. The guide, located at playboy.com/style, features Nick Adams, who co-starred in “A Chorus Line” on Broadway and will be in an upcoming ad campaign for 2(x)ist underwear (Adams became tabloid fodder when it was reported his muscles were so intimidating to co-star Mario Lopez, that Lopez demanded Adams perform in a long-sleeved sweatshirt so his biceps would be the focus of the show). Adams models clothing from American brands including Under Armour, Gap and Calvin Klein’s new sportswear line, Calvin Klein Sport. “As it is a patriotic year with the Olympics and an election, I wanted to focus the playboy.com fall style guide on an Americana theme,” said fashion director Joseph DeAcetis, who staged the shoot in his Long Island hometown.

This story first appeared in the August 29, 2008 issue of WWD. Subscribe Today.

And clearly knowing its audience, the guide is sponsored by Budweiser Select, which also gets editorial play — Adams and model Natalia Komissarova sip the brew in the shots.

PILATI ON YVES AND TOM: Tom Ford might want to skip reading the Sunday New York Times Magazine over his Champagne and eggs brunch this week — it’s likely to give him indigestion. Current Yves Saint Laurent creative director Stefano Pilati doesn’t mince words when he compares the late couturier with Ford, his former boss and immediate predecessor at the house, noting that while Saint Laurent challenged women, “Tom had a very precise vision of the company that didn’t challenge women.”

Pilati told editor at large Lynn Hirschberg that “Tom is talented but not gifted. That’s the way he managed the business. Tom would say: ‘We can’t do this silhouette because she looks fat.’ Or, ‘Oh, no — women don’t like this fabric; we can’t use it.’ That mentality was something to learn but was so far from my way of thinking. Why do you want to be safe? I’m more like: Why don’t you wear gray flannel for an evening dress? I find that fantastic! Not Tom, never.”

The piece, which seems a natural fit for T or Style, was placed in the weekly magazine by design. “The Times Magazine has always published and will continue to publish pieces about the world of fashion, just as it continues to publish pieces about sports (Dara Torres, for example), despite the existence of Play, the Times sports magazine,” said editor Gerald Marzorati.

NOT PLEASED: American Media Inc. unveiled a potential refinancing on Wednesday and Thursday afternoon, Moody’s said it downgraded the publishing company’s probability of default rating to Ca from Caa2 — which amounts to sort of a slap on the wrist. Moody’s also noted that all ratings remain under review for a possible downgrade. Meanwhile, Standard & Poor’s issued a release of its own — to say AMI’s ratings are unaffected by the tender offer.