This is the model’s third season running as the face of the label. 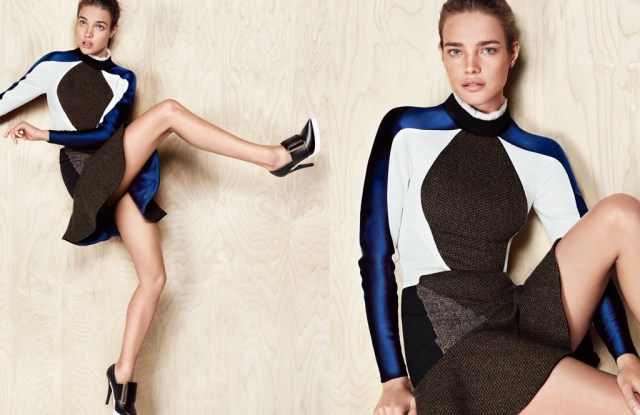 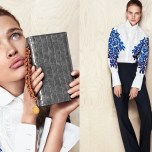 STELLA’S FALL FUN: Stella McCartney has tapped Natalia Vodianova for her fall ad campaign, marking the model’s third season running as the face of the label. The ads, shot in London by Mert Alas and Marcus Piggott, picture Vodianova striking some kooky poses against a pale wood backdrop. In one shot, the model kicks up her heels wearing a flared stretch tweed paneled minidress from McCartney’s fall collection, while in another image a pouting Vodianova holds the label’s faux-croc Grace clutch bag, wearing a lavishly embroidered white poplin shirt.

“[We tried] to create a striking, memorable image that will leap off the page and capture the energy of the collection and Natalia’s personality,” said McCartney of the campaign, which the designer styled. McCartney also noted that she wanted the campaign to have “a sense of humor.”

This story first appeared in the August 2, 2012 issue of WWD. Subscribe Today.

The label’s advertising spend is flat in countries where McCartney already advertises, but this season the designer will begin to advertise in Russia — namely in Vogue Russia, Harper’s Bazaar Russia and Elle Russia — as well as in Spain and China. In the U.S., the campaign will break in the September issues of titles such as Vogue, Harper’s Bazaar, V, Elle and Interview.