Calvin Klein Inc., which is turning ck one into a full lifestyle brand, has conceived a global advertising campaign for spring. 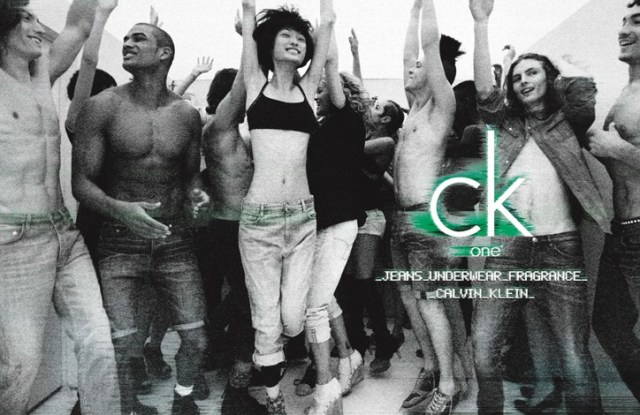 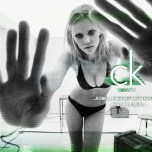 ONE FOR ALL: Calvin Klein Inc., which is turning ck one into a full lifestyle brand, has conceived a global advertising campaign for spring that encompasses TV, print, the Internet and social media — all things that concern ck one’s targeted customer.

SEE A VIDEO SHORT FROM THE CAMPAIGN HERE >>

CKI declined to disclose the cost of the campaign, but said it is the largest digital initiative in its history. Directed by Steven Meisel, who did the original ck one fragrance campaign with Kate Moss and a gaggle of other Nineties faces, the new black-and-white ads are an evolution in the spirit of the current generation, centered around the new ckone.com site.

The ads feature more than 30 models inside a “ck one” box, dancing, laughing, arguing and, sometimes provocatively, posing in front of the filming camera in blink-and-you’ll-miss-it cuts. The commercials play into how today’s youth communicate — from filming themselves and posting the videos on Youtube.com to iChat, Facebook and Twitter — and features the likes of Abbey Lee Kershaw, Alice Dellal, Pixie Geldof, Fei Fei Sun, Ruby Aldridge, Sky Ferreira and Calvin Klein face Lara Stone. “It’s a great evolution of the original campaign,” CKI president and chief executive officer Tom Murry said. “It’s what the original campaign and the DNA of ck one stood for, but made relevant and current.”

CRK Advertising and consulting creative director Fabien Baron conceived the ad. There are four different iterations — for Jeans, Underwear, Fragrance and one for all categories — with more than 60 differently edited variations, some of which specifically target Asia. A key purpose is to drive traffic to ckone.com, which offers profiles of the cast and background content, and lets visitors upload their own ck one video versions. The site, available in 11 languages, will also have a global store, and custom mobile apps available for the iPhone, Android and Symbian.

A teaser will launch this Wednesday through an app at ckone.com, and the full campaign will be unveiled March 1. The accompanying print campaign, for April books, features stills of the videos. In addition to print media, the campaign will be placed on LED billboards at Houston and Lafayette streets in New York and Sunset Boulevard in Los Angeles, as well as Subway Urban Panels, this week and elsewhere around the world from March 1.

THE OTHER SHOE DROPS: Jack Griffin was hit with a one-two punch on Thursday. Not only did the chief executive officer of Time Inc. find out he was fired after only five months on the job, but he was also forced to relinquish his relatively new role as chairman of the MPA — The Association of Magazine Media. “To be a member of the MPA Board of Directors, one must be a senior executive who holds the primary responsibility for the magazine operations of an MPA-member company,” said a spokesperson on Friday. “We can speak more definitively about a replacement for Jack Griffin soon.”