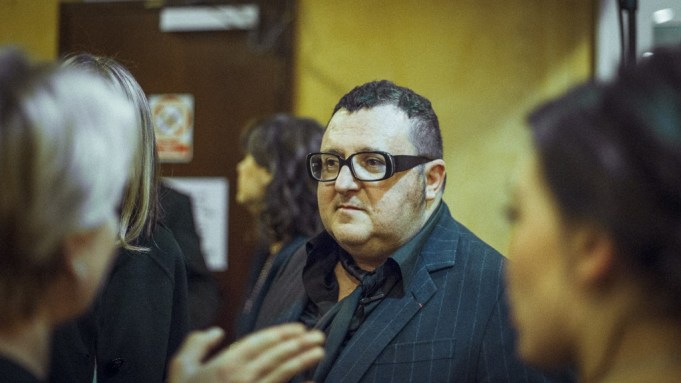 STYLE SPEAK: “I like first class but I don’t like first class people, I prefer the people in coach,” said the ever-lively Alber Elbaz during a talk at British Vogue’s annual Fashion Festival at London’s Queen Elizabeth Hall. “I like fine restaurants, but prefer the taste of McDonalds…I know, I am a walking contradiction.” Elbaz entertained the crowd — made up mostly of Vogue readers, students and fashion enthusiasts — with stories about his visits to the psychiatrist, and his fellow speaker Victoria Beckham. “I met Victoria after I had celebrated my 10-year anniversary at Lanvin,” said Elbaz. “I had sung that Doris Day song, Que Sera, Sera, at the end of my latest Lanvin show. It was pretty bad. I started talking to Victoria not long after at an event in Asia, and I said to her, ‘If you can do fashion, then I can do singing.'”

Kane addressed one of the quirks of his business — the fact that he has no Web site. “Everyone always asks why we don’t have one. Simply, it’s because we want to do the best collections and bring in more people, and so we’ve been using our resources for that. websites cost money, and we want to do it the best we can do. When the time is right, we’ll do one,” he said. During a talk with Alexa Chung, Smith talked about his own tech issues, admitting that he does not have a computer or a personal email address. He also talked about his uncomfortable relationship with his knighthood. “I wasn’t sure about the idea of being a Sir. I don’t use it. It’s still not on my credit card. It doesn’t really suit my character, but I thought that if my mom and dad are looking down on me, they’d be proud.”

Kors, who was interviewed by Yasmin Le Bon, whom he called his muse, talked about the enduring importance of fashion glossies. “They make us dream and transport us, and I think there are amazing photographs, incredible writing… It’s like theater. It’s like travel. It lets us dream. I tell my friends who all have kids, ‘Let your kids just day dream!’ They don’t have to be so scheduled. I think magazines let us dream.”