In the Jan. 10, 1983 issue of New York magazine, then senior editor Anna Wintour gave a handful of fashion stylists the same Calvin Klein suit and asked them to create a look around it. The resulting images were wildly divergent — which was... 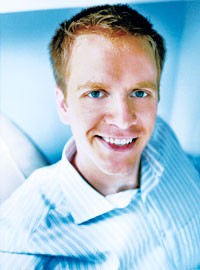 In the Jan. 10, 1983 issue of New York magazine, then senior editor Anna Wintour gave a handful of fashion stylists the same Calvin Klein suit and asked them to create a look around it. The resulting images were wildly divergent — which was exactly the point. “For all their ‘closet power,’” Wintour explained, “stylists receive remarkably little credit.”

How times have changed — just ask American Vogue’s editor in chief. Stylists are more visible today than ever, from commenting on the Oscar red carpet to appearing on TV talking about this week’s New York shows. But a stylist’s life is filled with thankless tasks — hey,  it’s fashion. Sure, their perks like travel, six-figure incomes, the ability to set one’s own schedule and a high level of access with designers, celebrities and photographers might seem glamorous, but the overall truth is sometimes slightly less appealing.

To find out what it’s really like to be a stylist, WWD tracked down a few of them to ask them about their profession. What we discovered? Aspiring freelancers should send their résumés to In Style, and stylists veg out in front of the TV just like everyone else.

WWD: Which publications do you work with?

Freddie Leiba: In Style; I do all of their cover shoots.

Kevin Lennox: I have done market work for In Style, a little Redbook. Of late, it’s been all Glamour, all the time.

Jessica Paster: From In Style to a lot of the European magazines. We do all the regionals. It would be nice, though, if some of the New York magazines gave [L.A. stylists] a chance.

Jennifer Hitzges: I contribute to In Style, Suede, Details and Surface.

Eugenie Hanmer: I do a lot for Glamour, Departures. But I take other work.

T.C.: There’s no such thing as a typical day!

S.N.: Wake up early and tackle my to-do list. It varies, and that’s sort of the beauty of freelance work — every day is a new day.

E.H.: Today, I have a 10 a.m. meeting to go through two shoots. After that, I have an 11 a.m. meeting for an advertising job next week. This afternoon I get on a flight to Miami for a shoot.

WWD: How do you prepare for a photo shoot?

F.L.: I have a conversation with the publicist — it’s protocol. I tell her what the idea is, see if the actress is comfortable with that…You want to keep it very low-key, very calm, very positive, and make it as pleasant as you possibly can.

J.H.: Prior to shooting, I spend time watching films or going to see an art show to find inspiration….I had a great experience working with Suede recently in which I sent over some Gauguin images with floral and graphic printed clothing from the shows and proposed an island girl story. A couple of weeks later, the fashion director called to see if I could go to shoot the story on Fiji.

WWD: How often do you travel?

F.L.: Twice a month at least, sometimes more. I do a lot in Europe.

K.L.: Last year I traveled a lot, but it was all domestic — Mississippi, Wisconsin, Chicago, L.A., Austin, Tex.

E.H.: If we want to shoot summer and it’s winter here, we’ll shoot in Miami. I also shoot in L.A.

WWD: Do you take many advertising jobs?

K.L.: I did an HIV campaign. Progressive insurance. Those come intermittently, and then you just try and balance it all.

WWD: Do you work with the same photographers over and over again?

F.L.: I used to work with Irving Penn for many years…Ruven Afanador, Walter Chin, Mondino, Albert Watson. Everyone has their little group.

E.H.: At Departures, it’s a unique situation. I have more of an opportunity to contribute my ideas of who we should be working with.

WWD: In addition to your editorial and advertising work, what else do you do?

T.C.: Last season, I worked on five shows [including Peter Som and Thakoon], and I wanted to shoot myself. This season, I’m doing one less, and it feels much more sane.

S.N.: I’ve been working with Proenza [Schouler, on their look books and shows] from the beginning…I also work with Mayle.

V.M.: I did the Ford “Supermodel of the World” fashion show….I basically had three days to prep 145 looks, with 44 contestants….Now I’m working on [the show for] Richard Tyler Couture.

F.L.: Right now, I’m working with Catherine Malandrino on the collection and on the show….I just finished consulting with Calvin Klein on the employee uniforms for the Richard Meier residences in the West Village.

WWD: Do you ever style people?

F.L.: I dress Elizabeth Hurley for all awards shows and appearances. Also Hugh Grant. And I did Elizabeth’s costumes for “Austin Powers.”

K.L.: A friend of mine is working with a wedding planner, and she’s asked me to help a groom shop.

E.H.: I do more personal shopping, getting a celebrity’s wardrobe each season.

WWD: What did you do before this?

WWD: How did you get into this line of work?

V.M.: It’s sort of inherent for me. My father is a fashion photographer and my mother was a model with Eileen Ford.

S.N.: Styling is something I’ve always been drawn to, but I was scared to get into it at first because I didn’t know how to go about it.

F.L.: I came to New York looking for a job as a designer. I needed to pay the rent and I had a friend who was a photographer…Lo and behold, I ended up with a career as a stylist.

K.L.: I was a photo editor when I started [at Glamour]. And then I segued.

WWD: What are some of the challenges a stylist faces?

D.F.: Time constraints. I get calls to do shoots or events at the last minute.

E.H.: Working with a new team on every single job.

K.L.: You’re coming into situations where there are politics involved, or relationships that are tenuous. You have to figure things out on the fly.

F.L.: We might have a rack of clothes that are all fabulous, but they’re all made for fashion models, size 2. And the actress is sometimes a 4 or a 6 or even an 8.

S.N.: I have trouble finding shoes. If a look doesn’t come with them, it can be hard to find a pair that works.

E.H.: The most important thing is to be on top of the market, the international market as well as all the accessories, shoes, jewelry, new designers.

F.L.: Get it done right the first time, because there’s so much money involved. You don’t want to reshoot. Organization is most important.

F.L.: When I come home and look at the television and chill out until the next job.

J.P.: It means you have a little more autonomy with your time. You can pick and choose your projects.

K.L.: When you see the finished product and say, I did that.

WWD: Tell us about a difficult or memorable job.

D.F.: Altering a beautiful red Halston gown in a limo on the way to the red carpet! I was literally sewing [the person] into it!

F.L.: I was hired to do Rolex watches as an advertising job. We had to put girls in couture dresses at the bottom of the ocean. You’re fathoms deep, on a coral reef, and there’s hair and makeup and scuba divers to make sure [the models] don’t drown.

K.L.: We were literally in New York on a Saturday, then L.A., then Austin, Tex., the next morning. We flew out to Chicago the following day, and I had to come home that afternoon to emcee a fashion show for Glamour. And it was my birthday.

WWD: How often do you work?

V.M.: So far this year, I started on Jan. 3, and I’ve been working ever since, with no weekends off.

E.H.: I always consider myself to be working. Because even if I’m not on a job, I may be going on an appointment to see a collection, bookkeeping.

T.C.: I do end up working weekends and evenings. When there’s downtime, you end up feeling pressure to get things done. I try to go to the movies, take a trip to see a friend. If you don’t rejuvenate, you don’t have anything to bring to the next job.