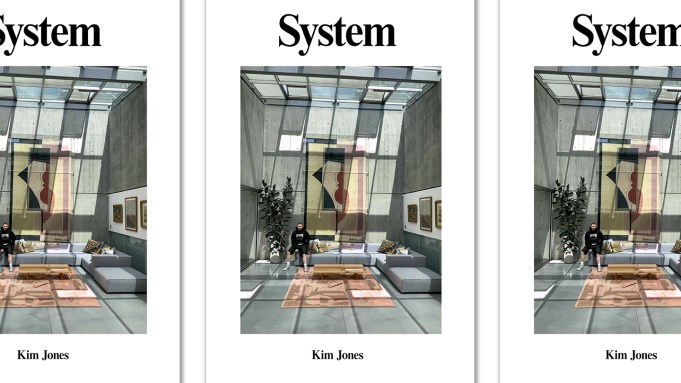 TIME CAPSULE: Even as many magazines prepare to publish thinner, less frequent editions this year as a result of the coronavirus pandemic, System is putting out its biggest issue on July 1 featuring 35 different covers, all photographed by Juergen Teller.

“Produced entirely in COVID-19 lockdown, over 50 days between April and May, the 500-page issue is a Warholian time capsule of a period that already feels strangely distant and frozen in memory,” the biannual magazine said in a statement.

The publication held a series of 18 quarantine Zoom conversations titled “What Do We Talk About?” that twinned leading fashion designers with friends, colleagues, confidants and other designers to reflect on life in lockdown and their collective future in fashion.

“My advice to younger designers, whose brands might be closing and for whom bankruptcy is a real issue, is to look at the upside and see what you can do to work at a house or see what you can do to partner with another brand, and start something new,” Abloh says in his conversation with Lee, the creative director of Bottega Veneta.

“Bankruptcy is not a bad word, shutting down a business is detrimental, sure, but what I’ve learned from my own career is that the sooner you put your first idea and your first business in the trash, the sooner you begin your real career. As soon as I let that first thing go, I realized that it is not the end of the world, it is only the beginning,” he added.

Others, including Silvia Fendi, Pierpaolo Piccioli and Jonathan Anderson, also participated, with Teller taking snapshots juxtaposing the designers, pictured on a tablet via video conferencing, against still-life elements like rotting fruit.

M/M’s Mathias Augustyniak and Michael Amzalag created a visual essay around the most recent Alexander McQueen collection, blending photos taken on a research trip with creative director Sarah Burton, sketches of the clothes and images of the empty streets of Paris during the confinement.

The issue will be available at Dover Street Market and Shreeji News in London, OFR Bookstore in Paris, and online at Idea Books from Friday, then at quality press vendors and newsstands internationally from July 1. It carries ads by Gucci, Prada, Dior, Saint Laurent, Chanel, Giorgio Armani and Bottega Veneta, among others.

The edition will be accompanied by a 120-page Chanel supplement exploring the house’s specialty ateliers. The section includes a feature, photographed by Teller, on musician Pharrell Williams visiting the workshops of embroiderer Lesage, featherer Lemarié and hat-maker Maison Michel.