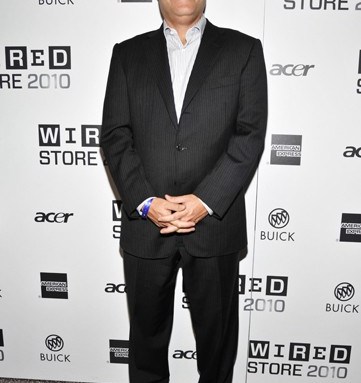 Eleven months ago, when Condé Nast launched its Wired app on the iPad and revealed its impressively strong 100,000 downloads, the company’s chief executive officer Chuck Townsend was extremely proud.

“Ca-ching, thank you very much, if you will,” he said a month after the app’s launch. The cash machine then promptly shut off for any title in the industry. The so-called “Jesus Tablet” wasn’t acting very magical. Advertisers stopped returning iPad-related calls. The conventional wisdom from magazine publishers switched to: We can’t have a conversation about this being a business until subscriptions start.

So is it now time to talk about how this will be a real business?

Not yet, it appears.

According to insiders at both companies, executives aren’t exactly doing backflips. One Condé Nast insider told WWD that the deal the company struck is virtually the same as the one that Apple has been proposing for months — that is, publishers finally threw in the towel and will see if they could make a go of it the Steve Jobs way. If a magazine’s app is sold in the iTunes store, 30 percent of that money goes to Apple and readers will have to check off a box that would allow publishers to have access to that very critical treasure trove of consumer data. In other words, it’s not exactly the deal publishers were hoping for.

Time Inc, meanwhile, has decided to wait on the sidelines altogether. Steve Sachs, executive vice president, consumer marketing and sales, said the company continues to talk to Apple but a subscription deal isn’t in the works, at least not right now. “We’re not saying we will never do this,” said Sachs. “We’re saying that we are very happy with the relationship we’ve built with Apple up until now. There are multiple ways to work with Apple as a partner.” Time Inc. subscriptions are currently sold on the Android and they will be available for purchase on HP’s tablet, which makes its debut this summer.

At the National Magazine Awards Monday night — despite the fact that some companies in magazine industry finally had the subscriptions it had been waiting for — there was a decidedly less-than-enthusiastic feel to everything tablet-y. For the time being, there won’t be any “Mission Accomplished” banners hanging from the Hearst Tower or 4 Times Square. The approach remains: Wait and see and hope.

“Someone was talking to us today and said something pretty useful,” said New York editor Adam Moss. “There were three stages. Let me see if I can remember the three stages. The first stage was, ‘iPad aahhh! What is that?’ The second stage was, ‘Yay! iPad!’ And now the third stage is ‘OK, but why?’ And that’s where we are now. The ‘why’ stage. It could be something big or it could be nothing at all.”

Are subscriptions the magic bullet?

“For a magazine that is about large size and images, I’m very much into the wait-and-see,” said W editor in chief Stefano Tonchi.

“In the short term, definitely not,” said Justin Smith, president of the Atlantic Media Group. “There’s been this pent-up desire for solutions and I think in the short term all the evidence points to slower adoption, less productive business models and a return to the drawing board.”

“I don’t think when you’re a year into a new platform that you make an immediate statement with whether something is going to work,” said Bob Sauerberg, the president of Condé Nast. Sauerberg said that it is fair to say, however, that by the first half of 2012 the industry will have a clear idea — finally — if the tablet is a real business or not.

“I am predicting that this will be a very large Christmas,” said Sauerberg, who believes that, by that time, tablets will be flooding the marketplace.

“Until now, we put a lot of work in without a great deal of return,” said Townsend. “That’s the problem. Work was a given, the return we were more hopeful for. Now we have an attractive ad proposition so we’re not losing money. But the edit task is overwhelming.”

“Apple is one of many distribution models,” said David Carey, president of the magazines division at Hearst. “I think people selling their products on the Colored Nook [Nook Color] are looking at fantastic sales.”

Yes, but what about Apple?

“What’s wonderful about the news of the last week with the big companies getting behind Apple is that we are going to hopefully train consumers that the iTunes store is a great place to buy magazine subscriptions,” he said.

Note the word “hopefully.” Plus “behind Apple.” Not beside it. This isn’t a partnership; it’s Apple’s game — hence the interest in the Nook Color and HP.

Nevertheless, there was some encouraging news this week.

Since Monday, when The New Yorker subscriptions on the iPad went up for sale, it has been listed as the top-grossing app in the iTunes store, the best result for a Condé title since Wired’s app went up for sale last May. Condé Nast officials said they didn’t have numbers available — they are produced on a weekly basis — but that it looks encouraging.

“There are many ways to have a good day in the magazine business as it gets stranger and stranger,” said New Yorker editor David Remnick while accepting the public service award. “Ours today at The New Yorker is to see our app has past Angry Birds in the iTunes store. Eat your heart out, William Shawn.”

What will the metric for success be?

“Now the numbers will finally become impressive,” said David Granger, editor in chief of Esquire. “I hope so. It doesn’t take that much to become substantial. Fifty thousand subs a year is doable. It will be huge to the bottom line. And this leads to rate base increases to enhance what we can charge advertisers.”

But Smith, the Atlantic’s president, was decidedly less optimistic that this would happen.

“People put a lot of money in at first and used that as a gimmick to get press and to get buzz and Condé Nast used it as a way to cloak themselves in a digital halo,” Smith said. “But consumer behavior is not following at pace and publishers are sitting there frustrated thinking, ‘Well, why am I going to pour so many more millions of dollars into this when I’m not seeing the return or the path to return?’

“What’s happening is that consumers aren’t moving as quickly as publishers would like them to,” he continued. “And they’re not behaving exactly in the way publishers want them to behave and they’re certainly not behaving in the traditional mind-set of how print subscribers behave. So I think what you’re seeing is publishers trying to transition their business mentality to this new medium, this new type of consumer and they’re basically running into a series of dead ends, or short-term dead ends.”

He said that you’d be “hard-pressed to come up with a rational business case on the tablet in the very short term” or in the next six to 12 months, i.e. the same time-frame Sauerberg mentioned.

“The big players can afford to play around and splash a lot of money around and make p.r. hay out of it,” Smith said. “The more entrepreneurial players like ourselves will be happy followers and try to figure out where we can invest meaningfully.”