It's shedding its high society roots with the help of a roster of familiar New York publishing names — Joe Zee, Eric Wilson and Brendan Monaghan.

The revamped look of Tatler Asia debuted with the March 2020 issues. In total, each of Tatler Asia's eight markets had three different covers, making for a total of 24 covers.

SHANGHAI — For the 40-plus years that Tatler has published editions in Asia, the title has for the most part hemmed closely to what gave the original U.K. title its success — covering the excesses and fabulous lives of the upper crust.

But Tatler Asia, which is responsible for the title across eight markets in this region, is throwing away that rule book. On Monday, the new approach was unveiled to readers in a March issue boasting a slimmed-down logo, expanded pages and a more modern, younger world view.

“It’s a legacy brand it’s been very much associated with the elite and the notion of high society, which I think today is outdated,” Tatler Asia chairman and chief executive officer Michel Lamunière told WWD. “I’m not sure that is a true representation of who the true movers and shakers of the market. I think it has evolved.” 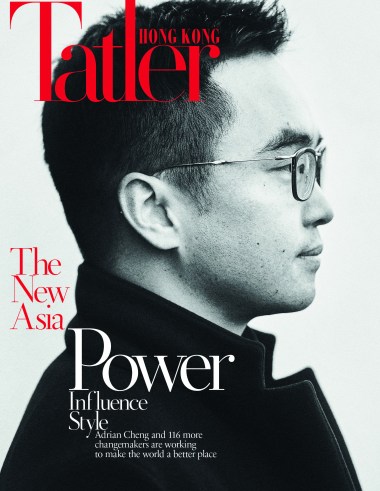 “It’s a much richer, more diverse, much more inclusive version of society,” Lamunière said. “It’s not just the big business tycoons or big families who have a lot of means and power in the market, which we’ve been covering over the years, but the young entrepreneurs, disrupters, chefs and philanthropists.”

The changes are only relevant to the Asian editions, which Tatler Asia, formerly known as Edipresse Group, owns outright. Condé Nast publishes its European editions and operates separately.

Naturally, Tatler Asia has been buoyed by the rising fortunes of the region. For cultural proof, check the runaway success of the book series and film, “Crazy Rich Asians.” In more quantitative measures, the latest Hurun Report released showed that China is the top country for billionaires and growing at record clip, easily outnumbering the total in the U.S. and India combined. But there’s more to it than just money.

“One thing that is definitely evolving is that Asia used to very much look to the West when it comes to lifestyle to leading the way in business and leadership and technology and innovation,” Lamunière said. “That has changed in many aspects. Asia is now really leading the way and shaping the trends.”

To transform the title, Lamunière starting last year began assembling a senior creative team familiar to those in the media States-side. Joe Zee, who was editor in chief of Yahoo Style and Elle U.S., was appointed Tatler Asia’s global artistic director and is based in Los Angeles; Eric Wilson, previously at InStyle, The New York Times and WWD — who earlier had moved to Hong Kong for his husband’s job — serves as editorial director, and Brendan Coolidge Monaghan, who was formerly chief fashion and luxury officer at Condé Nast, has taken up as the group’s chief revenue and marketing officer. 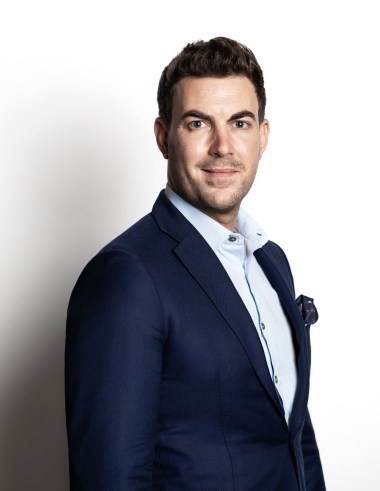 Aside from the visual changes to the publication, there’s been a restructuring of how editorial teams work. “In our case, it’s a single enterprise working across eight different markets,” Lamunière said.

Regional teams are in contact on a weekly, if not daily, basis, working on a unified theme that is chosen each month to apply across all the eight markets. It also helps with centralizing some of the content production such as for fashion, watches and jewelry, and travel in order to be able to compete with the rest of the players in the market.

That’s in contrast to what others do such as Burda International, which publishes the Asian high-society title Prestige and the website Lifestyle Asia; and the strategy Condé Nast has taken with Vogue by working with a number of different licensees depending on the country.

“When it comes to Prestige versus Lifestyle Asia I don’t really understand the difference [in positioning],” Lamunière said. “Prestige Singapore and Prestige Hong Kong have very little to do with each other. The conversation is not there. I respect competition but it’s not Prestige, it’s not Hashtag Legend.”

Group annual revenue at Tatler Asia stands above $35 million with print constituting 50 percent of that and digital another 25 percent. Print draws in 2 million readers with a median household income of $335,000, while online attracts 4.6 million monthly visitors. The remainder of revenue comes from events and from custom publishing products like the publications for the Marina Bay Sands in Singapore, which is a small percentage of the business but “doing very well.” There are also plans to launch a branded content studio.

Prior to the coronavirus outbreak, Lamunière had set a yearly target of growing by 25 to 30 percent.

“We will have to be a little bit more cautious,” he said. “We started very well the first two months. Then March because we are [re]launching we got a lot of support from our commercial partners so that was amazing but the first half of the year — the next two or three months — we expect to be a bit difficult. But I’m very confident about China rebounding very fast, even in Hong Kong I can see the interest of the advertisers to engage in conversation.”

Tatler Hong Kong, the original title in Asia, had been the strongest market for many years, but mainland China now takes the top spot, pushing Hong Kong to second. Singapore is its third biggest market.

Tatler Asia is also planning on launching two more country editions in the next 18 months: South Korea and Vietnam. The case for Korea was straightforward: A mature and sophisticated luxury market, which combines strong local demand and significant interest from Chinese tourists that visit it.

Cambodia and Myanmar are further out on the horizon, probably five to 10 years, Lamunière estimates. Although South East Asia countries are small in scale, they can be easily turned into profit generators.

Giving the example of Tatler Philippines, he said, “We got a return on investment in one year although it’s a very small amount. When we launch bigger projects [that] require more capital but also have more potential, we look at the return on investment over three years.”

While Japan would appear to be an apparent missing addition, the media executive said he didn’t think it was right for Tatler.

“You have markets like Japan which is a fantastic country and is a very important country for luxury, but I think it’s oversaturated,” he said. “I don’t see a point of getting into a market like this.”

Asked how the group navigates the lesser degree of press freedoms in Asia — government censorship of the media takes place across much of the region from Singapore to China — especially considering that power and scandal often come hand in hand, Lamunière underscored his Swiss sensibilities.

“Tatler has never had any desire and ambition to be controversial,” he said. “It’s not the space where we are. We don’t get involved, for example, at all with politics. We talk about the most influential people in the market, the people who are doing the greatest things, but we never take any political stance.

“We have a very positive and constructive view of society. We want to try to highlight what works, what is beautiful, generous, creative and innovative,” he continued. “We like to say we’re doing the right thing but we are not going to define who is doing the wrong thing.”

In the past, Lamunière admits that some people didn’t want to be associated with Tatler, but he’s seen a noticeable shift in interest as the publication pivots.

“They didn’t want to be associated with high society — just a group of people with a lot of wealth but not necessarily a group that the vast majority of society would aspire to be,” he said. “Now with the new positioning with focusing on achievements, really doing great things contributing to society, making a positive impact, we already see a very large group of people who used to say ‘No, thank you. Tatler is not for me,’ who now want to be.”