Self editor in chief Lucy Danziger was in a celebratory mood at the party feting her 10th year at the title. 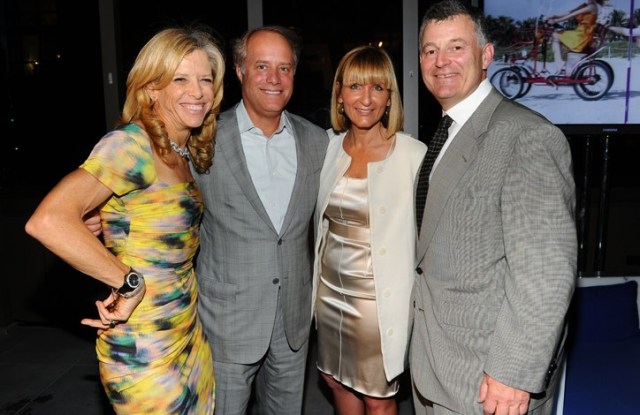 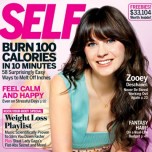 TEN DOWN: Self editor in chief Lucy Danziger was especially revved up on Wednesday night. The always high-energy triathelete-editor was poolside on the roof of the Gansevoort Park Avenue at a party in honor of her 10th anniversary at the title, and she had celebratory brownies at work earlier that day. “I eat chocolate every day of my life,” she said. “I don’t deprive myself the way I probably should, but that’s part of being Self-y, enjoying your food.” Danziger is in the middle of training for her next race in Frankfurt, Germany, later in the summer.

“There’s no such thing as the perfect race — you’re gonna get dehydrated, your bike’s gonna start making weird noises, somebody might inadvertently elbow you in the water — you can’t let that bring you down,” she said. She was talking about challenges that have faced the magazine world during her tenure. “I always say to my kids, ‘How you are when the chips are down is more important than when things go smoothly.’” Asked if she had 10 more years left in the tank, Danziger said “Gosh, I hope that I have a lot of years in me. I don’t like to put numbers on things because I think that’s kind of a trap.”

Danziger joins a class of editors including Linda Wells at Allure, Glenda Bailey at Harper’s Bazaar and Cindi Leive at Glamour who are all celebrating a decade, or in Wells’ case two, with their titles this year. “I’m complimented to hear that,” she said. Would she rank herself and her peers in order of who had the best 10 years? “I would never. Why would I do that?” Danziger said. “I don’t think there’s a ranking that is valid.

“I think the mistake that some people make is to think this a horse race,” she continued. “I feel like this is a community that is working together to make magazines available to readers and users, and in that sense it’s a really exciting time. I feel like we’re working together.”

Later in the night, with the Empire State Building rising behind her, Danziger took to the podium, slipped on her glasses and read prepared remarks. “I wear the lady from Self banner really proudly,” she said.

Self.com had its best month of traffic in history last month with 3 million unique visitors, according to Omniture data provided by a spokeswoman. The magazine was down 1.6 percent to 481 ad pages, according to the Media Industry Newsletter, for the first half of 2011.

MEREDITH CUTS: On Thursday, Meredith Corp. confirmed that ReadyMade, “a magazine about people who make things,” will shutter and 10 jobs will be lost. Overall, the company also announced it would eliminate a total of 75 jobs across all divisions, including broadcast. “Most of the positions lost were in New York,” said a spokesman. “It’s a realignment of resources to stay current.”

The company will record a special charge of $10 million in the fourth quarter as a result of the closure, which was attributed to weakness in the home category and marketplace. “Positioning Meredith for continued growth requires periodic realignment of resources, including how we deploy our workforce,” said Meredith chairman and chief executive officer Steve Lacy. “These actions will enable us to devote additional resources to key strategic growth initiatives, including digital platform expansion.” ReadyMade, a bimonthly aimed at 25- to 35-year-olds who favor DIY projects, made its debut in 2001 and was acquired in 2006 by Meredith.