The long-awaited, and much-dissected, Apple Watch is due to appear in April. 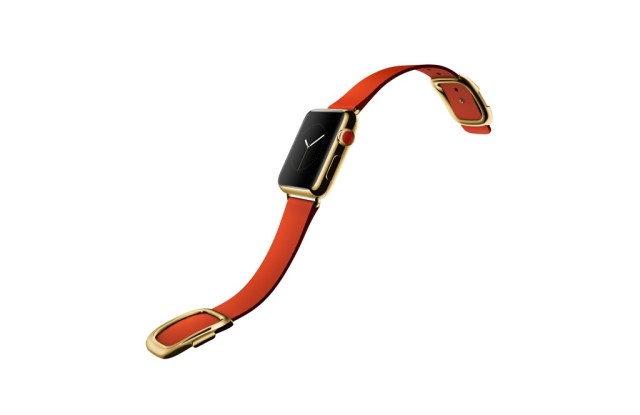 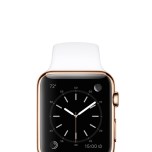 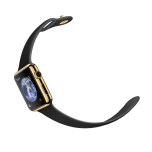 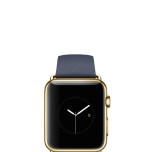 NEW YORK — The global watch industry is about to get an Apple in its eye.

The long-awaited, and much-dissected, Apple Watch is due to appear in April. While initially dismissed as a novelty by traditional watch brands, the product now has many of them — such as Swatch Group and Tag Heuer — rushing to introduce their own smart-watches. The change of heart comes down to one simple reason: numbers. Projections are that Apple could sell up to 20 million Apple Watches this year alone, with about five to six million of those ordered even before the product goes on sale.

Such is the power of Apple, and the question on many minds is whether the watch industry will ever be the same again.

“There’s no question that the industry is looking over its shoulder and wondering what the impact will be,” said Howard Feller, a partner at MMG Advisors. “The luxury purveyors are selling a different thing in terms of craftsmanship, and they’ll be affected less so.”

Apple is offering a different value proposition than, say, Patek Philippe — the former’s technology-constraining design flexibility, according to Feller, who sees the Apple Watch as a real threat only to the high-end of the fashion-watch business and the opening price point of luxury brands. He cited Michael Kors “or any licensed designer brand that sits on a Bloomingdale’s, Macy’s or Saks counter” as those that will be most affected by the Apple Watch.

This is the first new category Apple will launch since the death of Steve Jobs, in 2011, and a key test of whether the company will be able to continue to innovate under Tim Cook. Presentation will be key — not that Apple has had a problem with that in the past — but selling a mobile device is a different animal than timepieces with 18-karat-gold hardware that can climb into the few-thousand-dollar range (entry price points are said to be $349).

Jay Hartington, owner of Marissa Collections, the 40-year-old Naples, Fla., boutique that specializes in fine jewelry, believes it will definitely take finesse to sell an 18-karat-gold version of the Apple Watch. But selling the device might be tricky for these independent retailers, whose staff are trained and knowledgeable in traditional timepieces, not software and technology. “Just because you’ve been successful and know the ins and outs of a $20,000 watch doesn’t mean you can correlate that to explaining how to sync your iPhone to your watch,” Hartington said.

Other than the aesthetics, little else is known about the timepiece. Apple has kept mum about how it will sell the watch and what channels of distribution it will employ — but the tech giant has already been creative in that regard, linking with Colette for an Apple Watch event during Paris Fashion Week in September.

“[It] certainly set a luxury footprint to build upon,” jewelry designer Paige Novick said of the watch’s impending arrival. “I envision the stores keeping this designer halo by adding dedicated watch departments with glass-enclosed display cases modeled after jewelry and concept stores.”

Jewelry designer Jennifer Fisher said that with any tech product, the consumer must be able to touch and feel, and that the Apple Watch must by no means be kept inside a locked display.

“I think there should be a test demo on top of the case, and any other specialty color or upgraded finished should be displayed as fine jewelry,” Fisher said, adding that this will give the product an air of exclusivity. “When it’s harder to touch, it gives the product an elevated appeal. And for wearable tech, I feel that is an element that is missing.”

Alex Nemiroff, director of Phillips House, the jewelry brand that has more than 60 points of distribution, agreed with Fisher. The traditional fine-jewelry retail practices that call for presentation in high-end locked cases and showing product on an individual basis will prohibit Apple consumers looking to touch and feel the new watch.

The consensus among the design set is that Apple must find a way to bridge the accessibility of a wearable with the luxurious presentation that goes alongside selling traditional jewelry. Differentiating the presentation of the watch is key, and this could mean a new black or other dark color platform for selling — a sharp deviation from Apple’s stark white retail spaces — or upgrading to packaging with velvet accents, according to Nemiroff.

Joanne Teichman, managing director of Dallas, Texas-based jewelry store Ylang 23, is more excited about the prospect of Apple Watch dabbling in design collaborations with of-the-moment jewelry designers such as Jennifer Meyer or Irene Neuwirth. She is confident that Apple will have no problem selling the basic version of the watch through its stores, but when it comes to the versions comprised of gold, she sees ample opportunity to work with established talent in the space to appeal to her fine-jewelry customer.

“It’s not going to be on the Best Buy table with the iPhone,” said Janice Winter, ceo of Janice Winter Inc., a consulting firm that specializes in luxury branding. “It’s luxury because of the high price, and it belongs in a place where design is celebrated, but you [also] aren’t going to sell it next to Rolex or Audemars [Piguet].”

Winter, who previous to opening her firm spent 14 years at jewelry brand Judith Ripka, believes there is a significant opportunity for independent jewelry retailers to attract a different shopper with the Apple Watch — whether they’re younger or just not the typical technology consumer — as well as increase foot traffic into their stores (that is, if Apple even sells the watch via this channel). She compared the Apple Watch launch to TechnoMarine, the Swiss timepiece brand that paired diamond-encrusted watch faces with rubber straps in the late Nineties.

“When it launched, people said, ‘What is this?’ because it’s a fine watch but it had this rubber band. But it took over and found its seat in the fine, independent jewelry world,” Winter said of how TechnoMarine changed the timepiece game through the early Aughts. The brand allowed these boutiques to attract a younger customer who might not have otherwise walked in until they planned to make a serious diamond purchase.

“It might not be the customer who is buying the most expensive diamond, but you would splurge on this the same way you would buy the $2,000 Mac instead of the $500 Dell,” Winter said. “The jewelry industry needs a boost of cool. It won’t take luxury to a stuffy place, but to a real place that you can have fun with it. It’s not flashy, but it’s fine.”