The editors of Bloomberg BusinessWeek, Bon Appétit and The New York Times Magazine embody a new breed of cool. 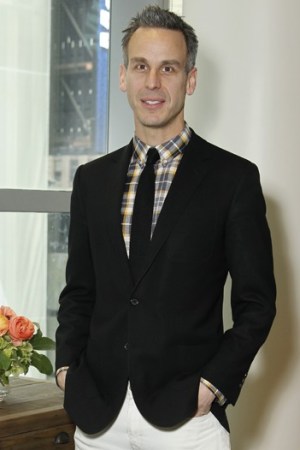 Host of NYT Podcast ‘The Daily’ Apologizes For Actions Around ‘Caliphate’

Once the waitress came around to take drink orders, Lindgren made the great faux pas of ordering a sparkling wine.

“I was like ‘Dude! What? You want a sparkler?’” said Rapoport.

Sh-t talk began. The other dudes had ordered vodka and bourbons.

“We were giving Hugo a hard time because he wanted a, quote-unquote, ‘sparkler’ to start off the meal,” Rapoport said. “He got a lot of grief from all three of us.”

Just a night of dudes being dudes, bros being bros, but there’s a lot of this going around Manhattan media these days. In fact, you don’t have to look farther than the youngish, vaguely athletic, literate and street-jargoned top editors at The New York Times Magazine, Bon Appétit and Bloomberg BusinessWeek. They’re dudes; they’re editors. Ladies and dudes, meet the Dude-itors. These are not the editors who call you “Mr.” and “Miss,” as famed New Yorker editor William Shawn once did — although he did drive an M.G. convertible on the weekend. These guys say “Hey, man” as a salutation. Dude-itors don’t practice lines for lunch at the Century Association — they practice their golf swing in the office, toss around Nerf footballs when an issue is closing, and occasionally play pickup basketball together.

Who said this of his game, Maxwell Perkins or Adam Rapoport? “I don’t want to say I schooled Hugo, but if he tried to claim that he took me to school, then I’d have a problem with that.” It was Rapoport, dude!

They are guys who preach a certain carefree editorial attitude — or, as Rapoport put it, “You can work hard and play hard.” These are all guys who don’t exactly reflect the tightly wound, hyper-neurotic editor of yesteryear. These guys aren’t New York editor Adam Moss with his wire-framed glasses and metro-wonk affect, or New Yorker editor David Remnick, who may like the sports pages as well as the next dude but spends his nights with Philip Roth and foreign dispatches, or, say, even Daniel Zalewski, the charmingly driven New Yorker features editor who was offered the New York Times Magazine job and turned it down before Lindgren got the job.

“Dan Zalewski — whom I love — is not Mr. Laid Back and neither am I,” said Remnick.

“I’m a firm believer that every good editor — no matter if they’re 25 or 75 — is neurotic,” said Jim Kelly, the former managing editor of Time, adding, “They’re all neurotically dude-ish. It’s taking the coolness to a neurotic level.”

In one respect, Lindgren, Rapoport and Bloomberg BusinessWeek’s Josh Tyrangiel — all hired to their posts in the last 18 months — are the latest crop of hot, young-ish editors, all of them in their late 30s and early 40s. They’ve been brought in to reinvent their magazines at a time when magazines need reinvention.

“They’re the next generation,” said Rick Stengel, the managing editor of Time. “I think they’re great editors. They’re not the future — they’re the present. In terms of us figuring everything out, they will be the guys who will figure everything out. Or not.”

And they definitely are a new generation.

“I had never even heard of two of them until six months ago and one of them worked in my building,” said Vanity Fair editor in chief Graydon Carter.

Doctor! You’ve got to be fooling.

All three Dude-itors have kids and are married — but all three project a certain aura of masculine confidence, a swagger that’s in demand these days, a generational cool. Publishers and business side folks need an editor who can see the present, the past and the future. Dude-itors can do that — they’re boys, they’re men, they’re literary, they’re digital. They’re bros who run a magazine, albeit — being the magazine world, after all — slightly sensitive ones who can appeal to both women and men. They are guys who might keep a six-pack in the bottom drawer with the baseball and the moisturizer — the last of which Rapoport does.

“If I can be frank: If you work in this industry, especially glossy magazines, there are a lot of women and a lot of gay men,” said Rapoport. “The notion of being some meathead frat boy working in this business is not very realistic. No disrespect to my friends who are fraternity members!”

“Of course, he was a frat person at Duke,” said Tyrangiel, of Lindgren. Bro, keep it down!

“What I’m surprised at is that the persona that Josh had as a rock critic or a music critic is pretty much the same persona he has as the editor of Bloomberg BusinessWeek,” said Kelly, who consulted on bringing Tyrangiel from Time to Bloomberg. “Certainly you would not think that type would have the ambition to run any kind of magazine, let alone Bloomberg BusinessWeek.

“He’s both a bro and dude,” Tyrangiel said, describing Lindgren, who worked for him at BusinessWeek before setting off for the Times. “I don’t think there’s any doubt there. He’s got that sort of relaxed, ‘I’ve been doing this a while and I know how to navigate this’ demeanor. There are people who get very, very tense around deadlines, which are endless. And then there are people who are like, ‘Hey, let’s sort this out so I can get to the gym and get back.’ He’s much more in that realm of I’m going to get a little coffee, I’m going to go to the gym, and then I’ll come back and it’ll all be fine. Then you put in the late hours and it will all be fun. There’s something to be said of people who crank their stereos up with terrible Swedish indie music and make everyone else pretend it’s really good.”

Then there’s Lindgren’s attire. “Dark jeans and a workman’s jacket,” said one Times staffer. “He never is in a jacket and tie. It’s very un-EIC!”

Also, true dudes can jump onto a roof in Italy.

“We rented a house in Italy a few years ago,” recalled Jim Kelly. “Josh came for a few days. And when we came back from lunch, I opened the door and the alarm went off. The only way to fix it was to climb up on the roof. Josh, much to the amazement of my son, jumped on the roof and did some Zorro thing.”

Dudes are digital. Tyrangiel made time.com into something of a machine and Rapoport and Lindgren are happy to express their big-boy status on the Web. Rapoport’s Twitter feed has been a badge of honor to celebrate most things bro. Sample Rapoport tweet: “Nothing more emasculating when the dude at Starbucks gives you one of them bubble tops. ‘Sorry, out of flat lids.’”

Or Lindgren on rocker Ric Ocasek on the Times magazine’s blog, The Sixth Floor: “I love Ocasek. I love his pop songs, and men of my generation hold him in high esteem for marrying the hottest Sports Illustrated swimsuit model of all time.”

Lindgren, perhaps fading into Times-man undude-ishness, declined to comment for this story, saying, “This sounds like fun, but right now is just impossible.”

There were proto Dude-itors, of course: Men’s Health editor Dave Zinczenko and his buddy, the TV pundit and blog-mogul Dan Abrams — also Dan Peres from his early days at Details.

So what is it about 2011 that’s appealing about a laid-back editor? “There’s an appeal to editors who have their feet on the ground and who have confidence but not an outlandish sort of confidence,” said Glamour editor Cindi Leive. “Swagger — low maintenance swagger — is having a moment.”

“It has to do with a certain metabolism that’s high-rev all the time,” said Jay Lauf, the publisher of The Atlantic. “It makes them that testosterone guy a little bit. You’re a speed junkie.” Lauf pointed to the Atlantic’s senior editor Alexis Madrigal as a guy the business folks are obsessed with. They love his “metabolism.” They love how laid-back he is. They love how tech-savvy he can be.

Or take Scott Dadich — The Dudich! — the former design director of Wired who has had a meteoric rise into the Condé Nast executive department in the last year as the company moves magazines to the iPad. He’s a guy who throws around “dude” and “man” and who last week was spotted giving a very manly pat-pat-pat on the back of Tyrangiel at the National Magazine Awards.

“In Josh’s case, he’s able to say to people older than he is, ‘Look, relax, I know how to do this. I know how to marry the Web with the magazine,’” said Kelly. “Twenty years ago? If you’re in your 30s you’re not going to tell someone in their 50s, ‘Don’t worry, I know how to do it.’ Now that’s changed.

“We all monkey with copy to draft page to red-lining things when they’re going right out the door,” Tyrangiel said. “Plenty of publishers see that as valuable right now. In doing that, you have to be relaxed. If you’re tense throughout that entire process, if you’re formal throughout that entire process, it’s not going to be very fun with the people that you’re working with.”