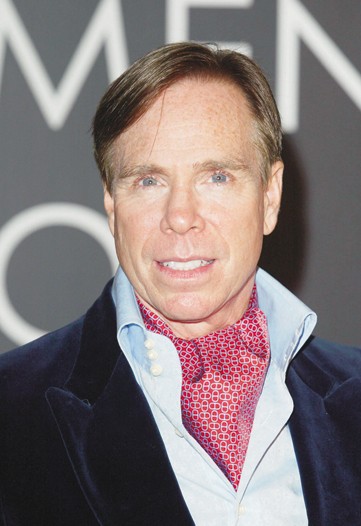 Tommy Hilfiger has always believed in telegraphing one’s message via major fashion shows. Here, he makes the point times two, arguing that the time has come for a pair of shows each season, one for the trade, the other, for consumers.

Given that so many designers are now live-streaming their fashion shows, is it time to switch the shows to a retail schedule?

I think we need both. We should have shows for the press and the buyers, in earlier parts of the season, as we do now. We should also have shows showing the consumer what is at retail, what it should look like on a person, how it’s accessorized and romance it a bit. It would give retail a real boost because it would bring the consumers into the stores. A lot of people are impatient. What they see on the runway, they want now. They don’t want to wait six or eight months.

That’s one school of thought: to do two things. Another school of thought is that we should do a larger scale show, but open to the public. We should at the same stream it live and also televise it so the world sees what we’re doing. That has never been done, but makes a lot of sense. I just don’t know that we can get the whole fashion industry behind that because people are so protective and so worried about their ideas being used. I think the editors and a lot of the fashion people wouldn’t feel great about the public coming to see the show because it would be too big of a spectacle. But it’s what could be done, if we were to write a new book on it. But, because there are so many obstacles with that idea, my idea is to have two shows, one for the press and buyers in advance of the season and one in season, showing what is available in stores.

Does live-streaming fall shows to consumers before spring is fully shipped detract from spring at retail?

No, because people buy in season. It entices the consumer to think ahead and decide what they want to wear for fall. But then they have to be refreshed or reminded. In addition to [looking at] the magazines, they should see a show to remind them of what is in the stores.

Would it work for the entire industry?

I don’t think the small guys would be able to do it because they wouldn’t be able to afford it. But the larger, global brands would benefit; the retailers would benefit. In the future, everyone, even the small guys, will be streaming their shows live. l think that eventually it will be both on the computer screen and on the TV screen. For me, reaching the global market is very important, so I want as much exposure as possible for my investment.

Does it hurt business at all to show to consumers six months in advance of the retail season?

It’s the way of the world at this point. I don’t think it’s ideal. If we were to write a new chapter, I think doing it a different way would be appropriate.

Should deliveries be more in sync with the weather?

We mold and shape our assortments to regions, according to tastes and climates, whether we’re talking Texas, the Northwest, or Germany and Spain. I don’t know that a lot of other people would be able to get there because it took us 25 years to perfect and it still has its faults, but we’re very much on that [system], and it’s very beneficial. I think that the quick fix is to [deliver in season].

Current deliveries are so off-base.

I think the retailers are sometimes requesting merchandise early in the season so they can get their floors set up. The larger the retailer, sometimes the slower the distribution center. So, I think that the retailers are requesting it and the manufacturers have succumbed to it. But if you really look at what is beneficial to the consumer and also the manufacturer, it’s delivering in season. I mean, it’s not doing anyone any good to not find a swimsuit in July, and to look at wool sweaters and outerwear in July and August. It just doesn’t make sense.

See more on the fashion system >>