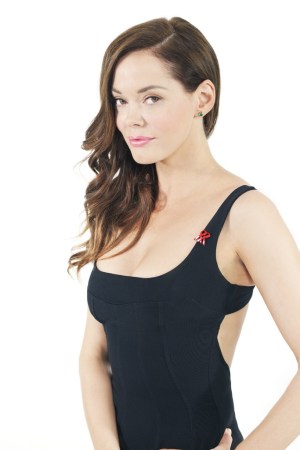 THE FIGHT CONTINUES: Kenneth Cole has designed a new interpretation of the iconic red ribbon pin that has symbolized the 30-year battle against HIV/AIDS. The design, a double loop that represents the coming together of individuals and the redoubling of efforts to beat the disease, goes on sale today at Kenneth Cole and Bloomingdale’s stores and their respective Web sites, along with Gilt Groupe sites and House of Fraser stores in the U.K. All profits from the $5 metal pin will go to Awearness, the Kenneth Cole Foundation, which will in turn split the proceeds between the MTV Staying Alive Foundation and amfAR, The Foundation for AIDS Research. Cole is chairman of the latter organization.

In support of the initiative, a public service campaign featuring Sarah Jessica Parker, Cyndi Lauper, Ke$ha, Rose McGowan, Estelle, Cheyenne Jackson and Skylar Grey will begin airing this month on MTV channels worldwide. Under the theme of “Come Together,” the spots feature the celebrities talking about how, where and when they plan on wearing the new double-ribbon design.

“We have come together to cultivate a call-to-action that raises awareness about HIV/AIDS among the younger generation,” said Cole. “The ‘Come Together’ public service announcement is intended to provoke the critical dialogue needed to eliminate the devastating results from the stigma associated with the disease, as well as promote the importance of safe sex.”