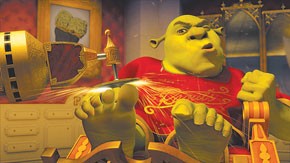 It was the year of sequels, three-quels, four-quels and even five-quels for box office blockbusters in 2007. Summer films from franchises such as “Spider-Man,” “Shrek,” “Pirates of the Caribbean” and the “Bourne” series all released their third films this year. “Among the summer blockbusters, the only three-quel that easily surpassed its predecessor was ‘Bourne Ultimatum,'” said Brandon Gray, founder, president and publisher of Box Office Mojo, an online box office tracking service. “In the case of ‘Shrek’ and ‘Pirates,’ their earlier films were too high for them to live up to.” Not much will change over the next few weeks within the top 20, he pointed out: “So far the holiday season has been rather weak. The two films that have potential include ‘I Am Legend’ and the ‘National Treasure’ sequel. ‘Sweeney Todd’ could also fare well.”

1. SPIDER-MAN 3
Revenues: $336.5 million; Release date: May 4
The third installment in the Spider-Man series may not have raked in as much dough as its predecessors, or as many good reviews, but it still topped the list. The film stars Tobey Maguire as Peter Parker/Spider-Man, Kirsten Dunst as love interest MJ; Thomas Haden Church as Sandman and Topher Grace as Venom.

2. SHREK THE THIRD
Revenues: $321 million; Release date: May 18
Mike Myers, Cameron Diaz, Eddie Murphy and Antonio Banderas teamed up once again for the third installment of the Shrek fairy tale. In it, the jolly green ogre grappled with the challenge of becoming successor to the throne after wife Fiona’s father and King of Far Far Away passes away.

3. TRANSFORMERS
Revenues: $319 million; Release date: July 3
With director Michael Bay on board, this was to be one of the big hits of the summer — it also helped land star Shia LaBeouf on the cover of Vanity Fair. There already are predictions of a sequel for this action film, in which a war erupts on Earth between two battling clans of robots: the Decepticons and the Autobots.

4. PIRATES OF THE CARIBBEAN: AT WORLD’S END
Revenues: $309.4 million; Release date: May 25
Johnny Depp’s Captain Jack Sparrow returned for a third time this year — as did Will Turner (Orlando Bloom), Elizabeth Swann (Keira Knightley) and Captain Barbossa (Geoffrey Rush). The question now is whether there will be a fourth, since the stars initially signed on for only three films.

5. HARRY POTTER AND THE ORDER OF THE PHOENIX
Revenues: $292 million; Release date: July 11
The last book in author J.K. Rowling’s seven-book series may have been published this year, but Harry Potter lives on in the celluloid world. The fifth film had Harry returning to Hogwarts, only to be shunned by friends who don’t believe his claims that evil Lord Voldemort has returned. The DVD was released Tuesday.

6. THE BOURNE ULTIMATUM
Revenues: $227.5 million; Release date: Aug. 3
The third film in the “Bourne” trilogy featured Jason Bourne (Matt Damon) dodging new assassins while he searches for his unknown past. In the meantime, government agents are trying to track him down. Also starring Julia Stiles, David Strathairn and Joan Allen, the DVD version of the film was released Tuesday.

7. 300
Revenues: $210.6 million; Release date: March 9
Based on the Frank Miller’s graphic novel, the story relates the historic Battle of Thermopylae, in which King Leonidas (Gerard Butler) and 300 Spartans battled Xerxes (Rodrigo Santoro) and the Persian army. The film combines live action against bluescreen and greenscreen backgrounds for special effects.

8. RATATOUILLE
Revenues: $206.4 million; Release date: June 29
Who ever thought an animated rat chef would be as popular with adults as with children? Clearly Pixar. Actors Ian Holm, Brad Garrett, Janeane Garofalo, Brian Dennehy, Peter O’Toole and Patton Oswalt (Remy), lend their voices to this much-praised film, in which a rat named Remy dreams of becoming a great chef in Paris.

9. THE SIMPSONS MOVIE
Revenues: $183.1 million; Release date: July 27
It’s been a long time coming for this animated comedy film, which is based on the TV series. This time around, Homer must save Springfield after accidentally polluting the town’s water supply. Production actually began in 2001, but it was delayed following issues with script length and lack of staff.

10. WILD HOGS
Revenues: $168.3 million; Release date: March 2
This film revolves around four middle-aged men — Tim Allen, John Travolta, Martin Lawrence and William H. Macy — who take a road trip on their motorcycles in order to get away from their regular lives. The movie did well at the box office even though it generally was panned by the critics.

11. KNOCKED UP
Revenues: $148.8 million; Release date: June 1
This romantic comedy features slacker Ben, played by Seth Rogen, and Katherine Heigl’s character, go-getter Allison, who meet at a bar, and end up having a one-night stand. Despite having little in common, the two come together once Ben learns Allison is pregnant, in order to foster a relationship for the baby’s sake.

13. LIVE FREE OR DIE HARD
Revenues: $134.5 million; Release date: June 27
Old habits clearly die hard. After a 12-year gap and almost 20 years since the first installment, Bruce Willis returned as Detective John McClane for a fourth time. In the film, McClane takes on an Internet-based terrorist organization that is systematically shutting down all computer-controlled systems throughout the U.S.

14. FANTASTIC FOUR: RISE OF THE SILVER SURFER
Revenues: $131.9 million; Release date: June 15
In the sequel to “Fantastic Four,” the foursome — played by Ioan Gruffudd, Chris Evans, Michael Chiklis and Jessica Alba — squared off against the powerful Silver Surfer after finally realizing they aren’t the only super-powered beings in the universe.

15. AMERICAN GANGSTER
Revenues: $125.6 million; Release date: Nov. 2
The highest-ranked recent release to make the list, the Ridley Scott-directed film centers on a detective (Russell Crowe), who works to take down the drug empire of Frank Lucas (Denzel Washington), a heroin dealer in Harlem. If its momentum continues, the film could be the highest-grossing gangster film ever.

16. SUPERBAD
Revenues: $121.5 million; Release date: Aug. 17
Cowritten by Evan Goldberg and Rogen (from “Knocked Up”), the raunchy coming-of-age comedy featured two high school best friends (Michael Sera and Jonah Hill) who try to provide as much booze as possible for a graduation party in the hopes they will lose their virginity by the end of the night.

17. BEE MOVIE
Revenues: $121 million; Release date: Nov. 2
This animated film has a cast to die for: Renée Zellweger, Matthew Broderick, Chris Rock, Kathy Bates and Jerry Seinfeld (his first film) all play characters in the movie, which focuses on a bee named Barry B. Benson, who decides to sue the human race for stealing bees’ honey everywhere.

18. I NOW PRONOUNCE YOU CHUCK AND LARRY
Revenues: $119.7 million; Release date: July 20
In this summer comedy, Adam Sandler and Kevin James play two straight, single Brooklyn firefighters who pretend to be a gay couple in order to receive domestic partner benefits for Larry’s children. An appearance from Jessica Biel as an attorney might have helped to bring in a few more dollars to the film, too.

19. HAIRSPRAY (2007)
Revenues: $118.9 million; Release date: July 20
The adaptation of the Broadway musical centers on plump teen Tracy Turnblad, who wins a spot on a dance TV show, but things go awry once evil Amber Von Tussle and her mother begin plotting to destroy Tracy. But perhaps one of the highlights is a cross-dressing Travolta, who plays the role of Tracy’s mother.

20. BLADES OF GLORY
Revenues: $118.2 million; Release date: March 30
After the race tracks of “Talledega Nights” comes the ice rinks of “Blades of Glory.” In the movie, Will Ferrell stars as professional ice skater Chazz Michael Michaels, who teams up with another male skater (played by Jon Heder) to enter doubles competitions after both were banned from singles skating.