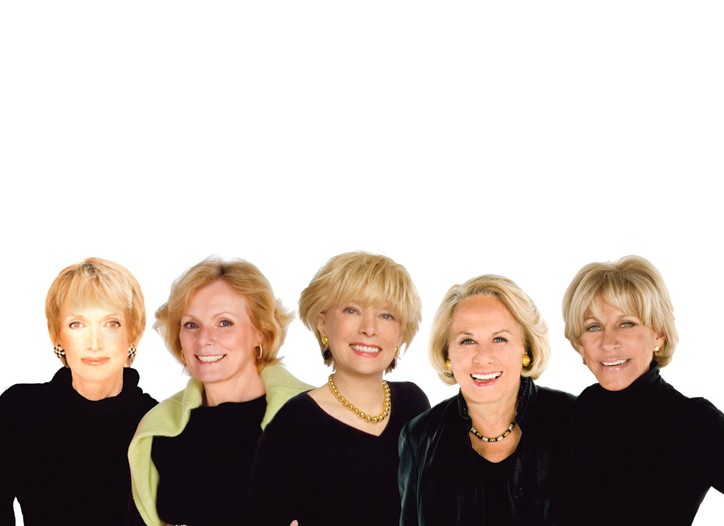 THE LADIES WHO SEARCH: Though most of the media is retrenching under economic pressures, the Internet still remains a potential growth area, thanks to its relatively low start-up costs and immediate delivery to consumers. Among the new offerings, Web sites targeted to women are growing in numbers, serving up content across a wide swath of subjects and age groups. Slate.com will expand its popular blog, The XX Factor, into its own site in the spring. Elizabeth Spiers, founder of Dead Horse Media and a contributor to Fortune magazine, is developing an online women’s magazine she pegged as “Maxim for women.” The sites will join TheFrisky.com, a Web site for 18- to 34-year-olds covering love and relationships; Yahoo’s women’s lifestyle portal Shine.com, and Wowowow.com, a site targeting women over 40.

That growth comes as more women than men are online these days: According to eMarketer, there are a projected 100 million female Internet users in the U.S., or 52 percent of the general population, compared with 94 million males online (48 percent of Americans). But, unlike women’s sites of yore that functioned more as broad information portals, newer sites are more content specific, with unique voices and personalities to draw readers by their passion points. Fragmentation, albeit while maintaining a large enough audience to drive scale, helps advertisers focus on their core consumer. “The thing that makes the Internet so attractive to advertisers is you can slice the target segmentations a lot of different ways and do it in a precise manner,” said Christopher Actis, who, as digital director for media agency Mediavest, manages media strategy for Wal-Mart. While some have attracted a substantial ad base, given that a banner ad is cheaper point of entry than an ad page in a magazine, few Web sites are operating with substantial profits.

For the 25- to 50-year-old political junkie, there’s The XX Factor, a broadening of the popular politics and culture Slate.com blog edited by Hanna Rosin, Meghan O’Rourke and Emily Bazelon this year. “It’s been this whip smart, fun conversation that everyone’s dying to participate in,” said Jacob Weisberg, editor in chief of The Slate Group. As a blog, The XX Factor has accumulated 1 million page views a month, he said. The new site will include fresh daily content and more contributors, including more user-generated content. The XX Factor recently hired Jessica Gross, a former editor of Jezebel.com, as its managing editor.

“In my mind, there’s always been this idea out there of, ‘Why hasn’t there been a women’s magazine equivalent of Esquire of the Sixties and Seventies?’” said The XX Factor’s Rosin. “We’re never going to be a long form narrative magazine. But it can take the subjects that women’s magazines cover” — friendships, fashion, consumerism, work issues, health — “and apply the same rigor and intellect that you might apply to a books piece.” Slate has not sold advertising on the blog previously, but will sell ads through its Slate Group next year.

For younger readers into lighter fare, TheFrisky.com is a punchy, irreverent site covering relationships, sex and health that launched in March out of Turner’s new products division. The network, which also owns popular Web sites including Thesmokinggun.com, nascar.com and cnnmoney.com, is looking to build out sites that can serve certain large demographics it already draws through their television programming. “The 18-to-34 demo is a key demo for Turner,” said Guhan Selvaretnam, Turner’s new products group lead, who also noted that the network attracts the largest 18-to-34 female audience during prime time of all the cable networks. “Think about ‘Sex and the City’ 12 years ago, and its brand promise of authenticity. The sense was that there was this opening in the market to deliver that same authenticity to females 18 to 34 in a different voice.”

The Frisky includes contributions from a team of about a dozen contributors (some are former Jane magazine editors), plus reader essays and blog posts. “My concept was thinking about the way women talk about relationships,” said Frisky editor Amelia McDonell-Parry. “We have a sit down at brunch about the date the night before. But women today don’t talk about love and relationships just through their own experiences. It comes through watching movies, reading about celebrities, dealing with our female health issues, politics or government issues. I wanted to find a way to combine that into an all new space.”

The site is on track to gather about 700,000 visitors in December, according to internal estimates, though Turner has not sold any advertising on the site, opting to let the site grow in scale before packaging it to clients. Turner will sell advertising in 2009 and is looking for more opportunities to launch other Web sites covering personal style, pop culture and fitness for women.

Wowowow.com, the site launched by a band of “old media” female journalists and writers including Joni Evans, Liz Smith, Lesley Stahl, Joan Juliet Buck and Whoopi Goldberg, has gathered a strong following among women over 40 — nearly 600,000 unique visitors in November and 4.5 million page views, according to their estimates. Tiffany, Sony, Citi, Ralph Lauren and Jones New York all have advertised on the site this year. “Because we are a well-educated and wealthier group, this is a targeted area where women come to….It’s a demographic that serves advertisers well,” explained Evans. Next year, the site will introduce more offline events with the founding editors, and more social networking functions to bring in voices from its commenters.

Ironically, Yahoo Shine is the mother of the newer female sites. The site draws from Yahoo’s network of 40 million female users and brings in readers from a network of partner sites, including magazine dot-coms of Rodale, Hearst Magazines and Condé Nast Publications, and other independent bloggers that provide content to Shine. While editor Brandon Holley and her team create daily original content along with information from its partner sites, Shine’s network of users now makes up 80 percent of the new content on the site. That’s 400 blogs created a day and 2,000 comments posted by Shine’s 12 million unique visitors as of November, according to Comscore/Media Metrix. Such an engaged audience helps Shine evolve its content in real time to the changing interests of its readers. Holley, former editor in chief of Jane, pointed to several examples of Shine.com creating stories after reading commenters’ concerns about relationships, depression or money issues. “As an editor, it’s a great next step for me because it’s such a deeper engagement with the reader,” Holley said. “What we can do at Yahoo that I could never do at a magazine is create this community aspect. We found that sometimes our readers want to hear what an editor at Harper’s Bazaar is saying and sometimes they want to hear from their peers.”

Next year, the site will add more video content and integrate Yahoo’s food content, which will help draw in more consumer packaged goods producers and large retailers, such as Wal-Mart.