The Mystery of the Cosmo Girl

Used to be that Cosmopolitan editors in chief stuck to sex when writing books. 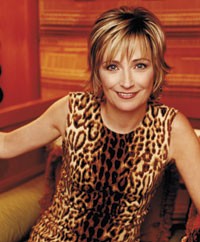 NEW YORK — Used to be that Cosmopolitan editors in chief stuck to sex when writing books. There was Helen Gurley Brown’s “Sex and the Single Girl,” of course, not to mention “Sex and the Married Girl” from the former editor of British Cosmopolitan, Mandi Norwood. But these days when a Cosmopolitan editrix starts writing, it’s a sure bet someone is going to end up dead.

The fourth Bailey Weggins murder mystery by U.S. Cosmo editor Kate White will be published on July 11 by Warner Books. But beating White into bookstores this summer will be Sam Baker, editor of Cosmo U.K., who recently took a few pages from White and wrote her own saucy crime novel, “Fashion Victim,” which Ballantine Books will publish next week. While both authors’ heroines get plenty of Cosmo-worthy action between the sheets, they’re ultimately more concerned with whodunit than who they’re doing it with. Here, WWD breaks down the plots.

Kate White, “Over Her Dead Body”
Heroine: Bailey Weggins
Occupation: freelance writer, Buzz magazine
Venue: magazine offices
Body count: 2
Main victim: Mona Hodges, editor in chief of Buzz
Motive: Take your pick — was it the nasty celebrity items Mona ran, the details of her employment contract or just general bitchiness?
Bedroom scenes: 3
Number of times the F word is used: 9
Number of Cosmo mentions: 1
The fashion: Dolce & Gabbana, Stella McCartney, Versace, Roberto Cavalli, Lilly Pulitzer, Louis Vuitton
Is she for real?: Mona Hodges seems to have many of the late-night deadline issues that have reportedly plagued Bonnie Fuller, White’s predecessor at Cosmo. And one guess as to which American Media executive Tom Dicker is based on…
The verdict: A tightly plotted, first-person account. White’s expertise in the magazine world is evident on every page.

This story first appeared in the May 27, 2005 issue of WWD. Subscribe Today.
load comments
blog comments powered by Disqus