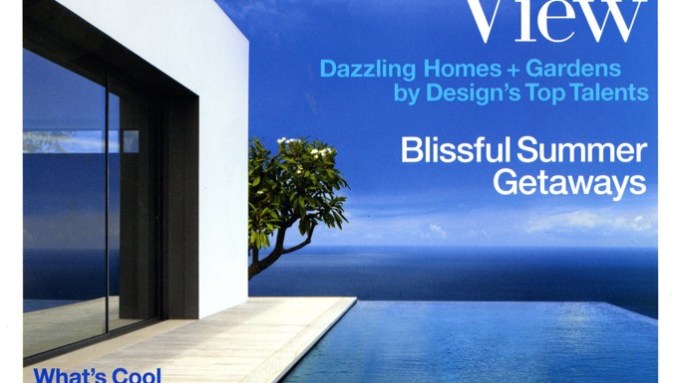 Over the last year, a bunch of new editors in chief have moved into big magazine jobs. There have been redesigns, overhauled staffs, office relocations and bold brand campaigns. With the dark days of magazine closures and 25 percent budget cuts behind (hopefully!), what better way to reboot a dormant magazine than with a youngish, fresh and TV-ready editor? What better way to revive business?

The question is still unanswered.

WWD took a sampling of 10 magazines and examined their ad page and newsstand results in 2011. Each editor at these magazines has been on the job for less than two years, and their titles cover the waterfront in terms of subject matter — from a newsweekly, shelter, business, fashion, food and two New York Times magazines.

Despite the new editors and the buzz around their respective relaunches, the magazines haven’t seen much of a bump in first half and third quarter ad page numbers. Most are a little up; some are a little down. Newsstand performance is mostly down.

Publishing sources said that traditionally magazines with a new editor should see a noticeable jump for two reasons: One, it’s easier to sell a magazine when you have a big new editor and a redesign to promote, and two, since most of these magazines are coming off poor years, it should be that much easier to generate a meaningful increase.

“If we assume that all these magazines brought in new editors because the old version of the magazine hadn’t rebounded or was sucking wind for so long that they actually could get a new editor, the expectation is you’d have a bigger bump,” said one Condé Nast publisher.

Easier said than done. Among all the magazines surveyed, it’s difficult to declare any clear-cut winner.

Margaret Russell, the star editor of Elle Décor, was brought in to inject new life into Paige Rense’s magazine Architectural Digest. There was good news about Russell’s debut issue in March when it saw an 80 percent jump in ad pages. But whatever excitement surrounded the relaunch, it’s been difficult to maintain that momentum. For the first half, Architectural Digest was up 4.6 percent, with a 5.8 percent gain in the second quarter — progress, but modest. A spokeswoman for the magazine said there will be about a 5 percent gain for the third quarter.

The publisher, Giulio Capua, said that the results are in line with projections — he was expecting a big jump in March, “modest growth” for the rest of the year, and a big leap in January 2012 for the magazine’s AD 100 issue, which honors the best architects and interior designers in the industry.

Less encouraging is newsstand performance. For the first half the magazine is down 16.4 percent at the newsstand, and since the relaunch three of four issues have been down at the newsstand (the other was flat), according to the Audit Bureau of Circulations Rapid Report.

Two other shelter magazines that have new editors — Elle Décor and Veranda — have seen better growth: 10.7 percent and 11.5 percent in ad pages, respectively. Likewise, both magazines saw improvements on the newsstand with a 5.2 percent increase for Elle Décor and a 3.1 percent gain for Veranda.

Like Architectural Digest, Condé Nast moved Bon Appétit out of its Los Angeles offices and into 4 Times Square and replaced a longtime veteran with a telegenic new star — Adam Rapoport, the former style editor of GQ. For the half, the magazine is flat in ad pages, and was down 3.3 percent in the second quarter, during which time there was a May relaunch. The magazine is expected to be up by about 5 percent in the third quarter and Bon Appétit publisher Pamela Drucker Mann said since the May relaunch through September the magazine is up 7.9 percent year-over-year in ad pages.

The magazine is down 17 percent for the year on the newsstand, but Rapoport said he had limited involvement with the magazine until May. So in a limited yet positive sign of progress, since Rapoport took over, Bon Appétit is up 8.7 percent off the newsstand.

At Lucky Magazine, Brandon Holley took over last September from the only editor who has ever run the shopping title, Kim France. In the first half, the magazine was down 6 percent in ad pages and was flat in the second quarter (perhaps as a sign of encouragement, for its July issue, the magazine won a company award for exceeding budgeted advertising revenue quota by the largest percent margin at Condé Nast). A spokeswoman didn’t respond to a request for a third-quarter projection. The magazine is down about 10 percent on the newsstand in the first half.

Stefano Tonchi has been in charge for more than a year at W and the magazine had a 4.8 percent ad gain for the half, with third-quarter results expected to match that, said publisher Nina Lawrence. W, which doesn’t sell many copies off the newsstand, is down 9.4 percent in single copy sales.

Then there’s Tina Brown’s Newsweek. Whatever buzz the magazine has acquired, the magazine is down 27 percent in ad pages for the first half, and, more significantly, was down 24.5 percent in the second quarter, after the magazine was Tina-fied. (This compares the magazine with Jon Meacham’s much-maligned iteration of Newsweek during a time when the Washington Post Company revealed the magazine was up for sale).

Newsweek publisher Ray Chelstowski said ads are rebounding and that July and August are looking flat, which is the first time in over a year the magazine could claim that, he said.

However, there has been some traction on the newsstand. For the year, the newsweekly is up 2.8 percent and since the redesign was launched in March, it is up 7.4 percent, according to data Newsweek is set to submit to the Audit Bureau of Circulations.

Josh Tyrangiel’s Bloomberg BusinessWeek posted encouraging news with a 15.8 percent jump in ad pages through the first half of the year. Additionally, the magazine said it plans to increase paid circulation to 980,000 from 900,000 next year; a vote of confidence for growth in the magazine. Newsstand, where the magazine doesn’t sell much, has suffered, going down 34 percent in the first half.

The New York Times magazines brought in two new editors — Sally Singer and Hugo Lindgren. Lindgren’s Sunday Magazine had a thorough redesign, and Singer’s T has been dramatically retooled. After a strong first quarter — the magazines as a group collected more than 10 percent in ad pages — they finished the half eking out a 2.7 percent gain.

So after analyzing this slew of data, what lessons can be drawn?

“I think the challenge is that advertisers have moved on from some of those books as budgets have dwindled,” said George Janson from the ad buyer Group M, which includes Chanel, Jaguar and Ikea among its clients. “Before they might have been willing to take a chance with a new editor. But more advertisers are taking a wait-and-see approach.”

That is, a year or two ago, many of these magazines weren’t given much of a chance of survival by advertisers. But taking BusinessWeek as a model, which Janson hailed as “one of the best redesigns of the last few years,” then there is hope. In Tyrangiel’s first year as editor, there was a modest 3 percent jump for the year in ad pages. This year, through the first half, it’s nearly 16 percent better. Then again, not every publisher will have as much patience as Bloomberg.

Bon Appétit editor Rapoport buys into the theory that despite the semislow starts, patience is needed.

“When I talked to [Condé Nast editorial director] Tom Wallace when we were getting ready to put out this magazine he said, ‘I know you’re going to put a lot of stock into your first issue. I’m not,’” said Rapoport. “The point being that you’re in this for the long haul. It’s not where you are in the first two months of a relaunch. It’s where you are a year or two down the road. It’s about building momentum, building trust with advertisers, building trust with old readers and new readers. To think you’re gonna come in and be up 30 ad pages in one month? It’s unrealistic.”