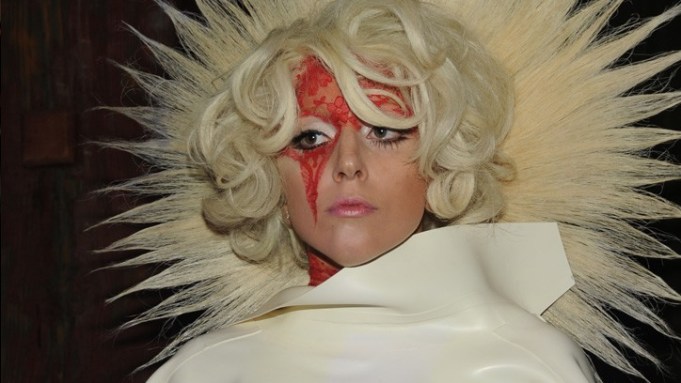 As editors get set to ship their hopefully thicker-than-last-year September issues, their cover choices are surfacing and hold a few surprises. Harper’s Bazaar is playing it relatively safe with Jennifer Aniston, while Elle is banking on Julia Roberts and the “Eat, Pray, Love” juggernaut. Meanwhile, first-half ad page leader InStyle is going with Hilary Swank, who, despite being pretty and talented, seems to be something of a cover dud (her November Marie Claire cover was the title’s worst-selling issue of the year). Lady Gaga, who is set to cover Vanity Fair’s September Style Issue, shot by Nick Knight, will probably raise a few eyebrows among its older readers. T: The New York Times Style Magazine landed “Slumdog Millionaire” star Freida Pinto, who’s making her Stateside solo cover debut on the Aug. 22 women’s fashion issue. And while at one point W was believed to be circling embattled starlet Lindsay Lohan for its September issue — Stefano Tonchi’s first front-to-back effort — the magazine apparently ditched that idea in favor of a group cover. Word is Tonchi is featuring a mix of relative unknowns and Young Hollywood-ettes including Emma Roberts, Zoë Kravitz and Jennifer Lawrence (she’s the star of Sundance winner “Winter’s Bone”). Chez Vogue, Halle Berry is said to be Anna Wintour’s pick for September. Wintour is no doubt counting on a juicy interview with Berry about her much-publicized breakup with Gabriel Aubry, the male model with whom she had a daughter in 2008, as the actress has no major film projects due out in August, although she does have a new fragrance. — Nick Axelrod and Amy Wicks

CORRECTION: Justin Bieber will appear on the cover of the October issue of Teen Vogue, and not a September-October double issue, as reported Monday. Teen Vogue’s September issue will feature Victoria Justice, star of the Nickelodeon series “Victorious,” on the cover.

POPULARITY CONTEST: If marketing firm Stylophane has its way, the eighth graders of the world won’t be the only people making sport out of collecting Facebook “likes” and Twitter followers. The company, which previously tracked social network stats for fashion brands through its Facebook Fashion Index, has set up a new meter for fashion magazines. On Friday, Vogue topped the Facebook list with more than 585,000 “likes,” while InStyle won on Twitter with about 1.7 million followers. For those in need of even more judgment, the directory also assigns each title a grade. Magazines with six- and seven-digit followings are deemed “platinum,” five-digit fan bases get “gold” and so on. As for the lonelier tables in the cafeteria, the bronze category — home to titles with less than 1,000 “likes” or followers — was littered with foreign editions such as Russian GQ and InStyle U.K. Pity the exchange students.

Stylophane partner Alex Mendoza said the index is still a bit of a work in progress and the company is verifying accounts and fielding confirmation e-mails from magazines. (Elle, for example, should be in the top 10 for Twitter followers, but an unofficial page skewed its rank, and T: The New York Times Style Magazine, strong on the microblogging service, was absent altogether.) When fully operational, the list is updated daily, so there is plenty of potential for flux. As if to illustrate the point, Vogue launched its Twitter page on Friday. Its fairly vanilla first tweet simply touted an interview with August cover girl Gwyneth Paltrow, but there’s always the possibility Anna Wintour might someday distill her thoughts to 140 characters or less. — Matthew Lynch

NATURE SELLS: C’N’C Costume National designer Ennio Capasa turned to two rock ’n’ roll offsprings, Lizzy Jagger and Jethro Cave, to pose for the brand’s fall campaign. Jagger, daughter of Mick Jagger, and Cave, son of Nick Cave, were photographed by Dan Martensen in London’s Richmond Park. Capasa described the ads as if they were poetry, using words such as “a synthesis of nature and street culture” and “the merging of organic and inorganic.” Or, more simply, nice photos to sell clothes. — Luisa Zargani