The Southern magazine won the coveted general excellence award (among food, travel and lifestyle magazines) at the National Magazine Awards. 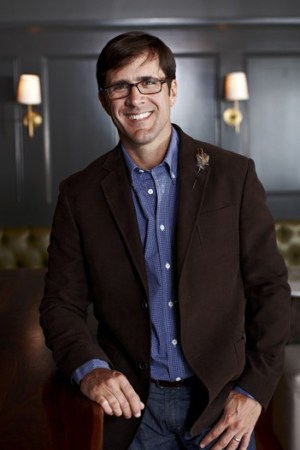 Yankees may have chuckled at the title, but the ladies and gentlemen of Garden & Gun just walked away with a National Magazine Award and are proving that a focused, glossy regional magazine can thrive in the iPad app era.

From its hometown of Charleston, S.C., Garden & Gun serves up a bimonthly magazine full of Southern hospitality that attracts a readership so avid that many of them pay an extra $500 a year just to be a part of its “secret society.” And what do said members receive? A weekend tote bag, a decal and, like an invitation to the lavish wedding of a distant but admired relative, the opportunity to spend another $5,000 to attend an annual weekend retreat with the magazine’s writers, editors and contributors at Blackberry Farm in Tennessee.

This story first appeared in the June 1, 2011 issue of WWD. Subscribe Today.

Manhattan-based readers might go for a reading or lecture, but the Garden & Gun following is more like a Vanderbilt class reunion, where they are deeply connected to each other, the South and Southern traditions. Even the name is connected to a more rarefied era: The magazine’s moniker comes from the old Garden & Gun nightclub in Charleston, a Southern-style Studio 54, filled with mix of louche characters and the old line, drinking gin and tonics.

“You knew it was the place to be without being able to pinpoint why,” said contributing editor Julia Reed. “The magazine captures that.” It has the kind of following that more iconic, longer running magazines that have been around a lot longer enjoy. “It’s a return to something we haven’t seen in a while: great literary writing and photography on high paper quality. These are things people are cutting back on.”

Since its first issue back in 2007 (it launched around the same time as ill-fated Condé Nast Portfolio), the title has developed a devoted following of Southerners, expats and those who appreciate the perfect mint julep, a new pecan pie recipe, deer and duck hunting in Mississippi and reading lots and lots of dog stories. Tom Brokaw recently wrote about what his two Labrador ladies, Sage and Abbie, taught him about “life, love and aging gracefully.”

It’s a regional publication to its very core but, in recent years, the magazine has also landed on the coffee tables of New York-based editors. Food & Wine editor in chief Dana Cowin is said to be a fan, along with Terry McDonell at Sports Illustrated, Nancy Gibbs from Time and New York Times food critic Sam Sifton. “I can’t remember whether it was my wife or Karl Rove who told me about it first. Now there’s a sentence,” said ex-Newsweek editor and current Random House executive editor Jon Meacham.

“It’s one of those magazines that initially has a novelty factor because of the name,” said Reed. “But it really does feel like a club. The writers all know each other. We have the same sensibilities and same passions. We have a lot in common with the other readers of the magazine.”

Reed writes often, about a range of topics, from how booze and religion should be friends, not enemies, to a city portrait of how Dallas is trying to be the next arts capital of the world to a profile of artist William Dunlap. “I’ve never written for a magazine in my embarrassingly long career where readers are so invested in it,” Reed said. “I wrote for Vogue for 20 years and the reader feedback was great. But that was how many millions of readers? I promise you, I get the same amount of feedback now from writing for Garden & Gun.”

Among those devoted to Garden & Gun is Rodale chairman and chief executive officer Maria Rodale. It’s not often that the head of a publishing company will write glowingly and often about a magazine not published by his or her company, but Rodale isn’t shy about sharing her affection for the title. A few years ago, she blogged (perhaps to the annoyance of her own titles Prevention and Organic Gardening) that Garden & Gun was her new “all-time favorite magazine.”

“When I heard about it at a magazine conference, I thought it was a joke,” Rodale wrote. “I picked up a copy just for fun and found myself completely and utterly hooked. It’s kind of a Southern lifestyle magazine. I’m not Southern, nor do I aspire to be. But they have gotten it right. They show me and tell me about stuff I would never think to look for myself.”

“I’ve never seen anything like this,” said president and ceo Rebecca Darwin. Before moving to South Carolina, she was at Condé Nast for 13 years, working at GQ, and as publisher of The New Yorker and Mirabella. “It’s not that people aren’t reading other magazines. But there is this bond with it and with our secret society. The New Yorker reader was pretty passionate and we’d get lots of letters but, here, readers will call you on the phone and tell you their ideas and what we should cover. They take it very personally. It’s like a badge they wear.”

Darwin hand picked editor in chief Sid Evans, who left his editor in chief gig at Bonnier Corp.’s Field & Stream to relocate his family to Charleston for Garden & Gun. “At first I said no,” said Evans. “But they had this notion of a very beautifully designed magazine with great photography and great writing. And they thought there was an audience there that had not been captured before. The more I looked at it, I agreed. There is not a magazine that focuses on Southern culture that has a dual audience. There was not a high-end magazine about the South.”

He asked writers such as Reed, Allison Glock and Rick Bragg to sign on as contributors. “We aren’t competing with Vanity Fair in terms of what we’re paying by a long shot. But I think we give certain writers a forum they wouldn’t otherwise have,” Evans said. P.J. O’Rourke wrote a piece earlier this year, “Fetch Daddy a Drink,” about how to apply gun-dog training methods to your children. “Are they going to publish that in The New Yorker or Rolling Stone? I don’t think so,” said Evans.

While all the congratulatory praise might seem hyperbole, the numbers back up the staff’s pride. Readership spans the country, although 65 percent is centered in the South. Garden & Gun initially had 19,000 paid subscribers back in 2007, with a rate base of 150,000, and has since grown to 173,000 paid subscriptions, with a rate base of 225,000. A subscription for six issues per year costs $20.

Newsstand growth from the first half of 2010 to the first half of this year to the same period last year is up approximately 42 percent, said Evans, though the number aren’t final yet. The readership is also pretty affluent: after a “sporting clays and country drives,” party with Ferrari in February, someone bought a $150,000 Ferrari from attending the event.

On the ad front, Mercedes-Benz, Rolex, Porsche, Sub-Zero and Tempus Jets have recently signed on and steady advertisers include Land Rover, Barbour and Jack Daniel’s Single Barrel. Darwin said she expects the magazine to be profitable by the end of next year.

Evans said his staff of eight works “New York hours,” to produce the bimonthly and on May 9, the night of the National Magazine Awards on the Upper East Side of Manhattan, he saw that work pay off. Looking a little stunned, Evans walked up to the stage and accepted the highly coveted general excellence award (among food, travel and lifestyle magazines) for Garden & Gun, beating Martha Stewart Living, Condé Nast Traveler, House Beautiful and Saveur.

On this night, the outsider became just a little more mainstream.

“Personally, I was about 0-for-15 on those things, so it was nice to finally take home some metal,” said Evans. “It’s just really affirming for everyone. When I left New York there was this mix of people saying I was crazy. But mostly, they seemed jealous of living somewhere else and editing a magazine and getting out of the bubble for a while. I love New York more than anything but it’s very refreshing to mix it up and do something different.”