The brand has made a priority of hanging out with the right click. 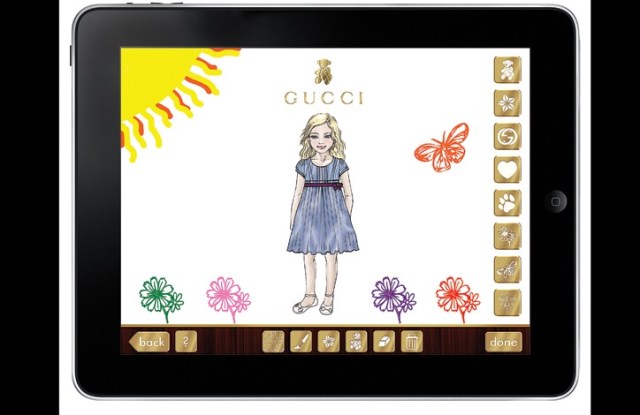 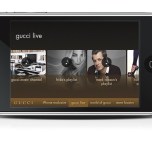 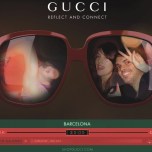 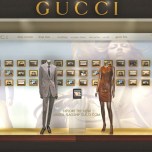 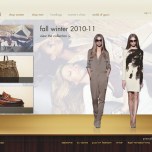 Gucci, one of the early adopters of e-commerce when it launched its first online store in 2002, has since asserted itself as a major presence in the digital world. Whether through Facebook, Twitter, YouTube, an iPhone application or its own portals, it’s reaching millions of people around the world.

The company has made its presence in the digital arena a priority, investing in technology and online initiatives. Starting in mid-2009, it began to introduce a series of microsites to promote specific product lines. In June 2009, it launched guccifragrances.com (which has since been renamed gucciparfums.com), and florabygucci.com. The company took a different route for its Gucci Guilty perfume: a dedicated page on YouTube, as well as its own tab on the official Facebook page.

In October 2009, interactive site guccieyeweb.com was presented in tandem with the new Eyeweb collection, aimed at the “digital generation” of 18- to 25-year-olds. And last May, guccitimepieces.com went live, and six months later was absorbed into guccitimeless.com, a portal dedicated to all of Gucci’s jewelry products.

The launch of the Eyeweb site, which allows users to upload and share photos and see them reflected in various models of the eyewear line, marked the beginning of a more user-interactive approach. From the small screen to the even-smaller screen, Gucci introduced the iPhone/iPod Touch app in October 2009. It features a 24-hour music channel, hotel and restaurant tips, playlists, a store locator and the Children’s Collection Playground feature, which was introduced with the new children’s line. As of mid-December, the app had been downloaded more than 840,000 times and generated 1.5 million upgrades worldwide.

Gucci has embraced the Facebook phenomenon as well, leveraging the 500 million-strong social network to generate traffic on its various Web sites and using unique applications as marketing tools. The company’s wall keeps followers updated on Gucci news through links, images and videos, and since starting in November 2008, has cultivated a fan base of more than 3.5 million.

In November, Gucci launched the Eye Want You app, which allows users to create personalized videos using clips that feature different models of the Eyeweb collection. Since its introduction, around 5,500 Eye Want You videos have been created and it is the most viewed tab on the Gucci Facebook page, according to the company.

The culmination of Gucci’s cyber efforts came in the form of its newly renovated luxury digital flagship, gucci.com, which has consistently generated an average of 3 million visits a month since its launch in September.

The company emphasized its importance from a business standpoint as well, when president and chief executive officer Patrizio di Marco said, “The destiny of the gucci.com digital flagship is that it will become our highest volume store in the world.”

As it launched its site, Gucci also said it would live-stream its spring 2011 show — but with a twist. Users were invited to sign up for virtual tickets to the Gucci Connect E-vent on gucciconnect.com as well as compete for VIP seating through a separate contest on the brand’s Facebook page.