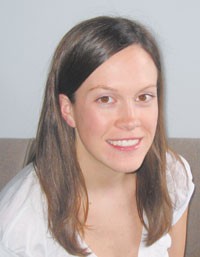 NEW YORK — In the publishing world, there are certain editors who are known for their ability to attract and retain talent. And then there’s Terry McDonell, who redefines the concept of mentoring. At least five current editors in chief learned the business under him, while his own son, Nick, just completed his second novel before graduating from college. (Grove Atlantic will publish “The Third Brother” in September.) Those facts alone validate McDonell’s ability to develop stars, but there’s a more telling barometer: his track record with former assistants.

That list includes Naomi Nista, who is now running the photo department at Real Simple; Jenny Comita, senior editor at W; Jenny Rubinfeld Levin, Harper’s Bazaar’s fashion news editor; Heather Shimokawa, Best Life’s fashion editor, and Sarah Robbins, a reporter for Glamour. There is also Kate Lee, an assistant to a literary agent at ICM, who signed the first Gawker writer, Elizabeth Spiers, as a client and had a “Talk of the Town” piece written about her in The New Yorker last May. Even Dave Kalstein, who only worked as McDonell’s assistant for “48 hours” at Us Weekly, is due to publish his first novel, “Prodigy,” with St. Martin’s Press next spring. His agent? Kate Lee. (W, Glamour and The New Yorker are, like WWD, part of Advance Publications Inc.)

“The idea was to hire the smartest people you can find out of school,” said McDonell, giving most of the credit for the talent cluster to his assistants. “They all hired each other to replace themselves. And they weren’t total slaves. Everyone got their own coffee.” And his favorites also wore skirts.

He says: She was terrific, but she had a very hard job. And she was, like, 11 at the time, just out of school. We had this idea we were going to do these Men’s Journal design collections….At the end of that issue, Naomi recognized that she had a gift to put the right picture with the right object. And she had a gift for choosing the right selection of pictures to represent a story. Now, she’s a rocket ship.

She says: I graduated with a journalism degree from Syracuse, and thought I wanted to be a text editor. He said, “I think maybe you’re more of a visual person.” He’s definitely been a key person in my New York experience so far. When you’re working for him, he throws challenges your way that, when you’re young, can seem scary and daunting. He’ll be pushing you along in the right direction and you won’t even realize it.

He says: She was a great strategic thinker, ambitious and a very funny woman. She was a good writer right away, with lots of ideas. The two Jennys [Comita and Rubinfeld] were turning out as many pages as any two or three people at the magazine.

She says: I definitely, at least once a week, thank my lucky stars to have had that job. To not know a single person in the business and to end up working with him — it was like going to journalism grad school and getting paid. He knows everybody in publishing. There’s so much goodwill toward him in this industry, it was easy to work for him. Which is not to say he’s a pussycat.

He says: A terrific, natural writer, with a great work ethic and enormous style. She and Jenny Comita once put on little black dresses and walked into the Michael Douglas-Catherine Zeta-Jones wedding as guests [for an Us Weekly story], and they both looked so classy, everyone thought they belonged there.

She says: As assistants, we were given opportunities to develop our writing skills, and we were encouraged to contribute to the magazine as a whole. [From Terry] I learned that writing 50 words on a movie premiere can often take as much skill as writing a 1,000-word essay.

He says: Heather was extremely ambitious and already grounded in fashion, so she could step right up and get things done, writing captions, whatever we asked her to do. She was a very connected young woman, who had her own Rolodex when she walked in the door.

She says: Terry was never dull. I think I learned to constantly reevaluate my interests and pay attention to the details [from him]. He was also a very generous boss — respectful, challenging and extremely supportive. When I started working, I thought I wanted to be a writer. As it turned out, I fell in love with photography and fashion. It was unexpected, but something about Terry taught you to be prepared for the unexpected.

He says: Sarah was smart and fast and worked for me for about 20 minutes. It was clear from the first day she had a future in magazines.

She says: I feel that I owe him a lot because he was willing to give me a shot before I graduated. I studied with [Pulitzer Prize-winning author] Richard Ford in college, and [he and McDonell] are friends. When I met Terry, I was 19 and interning at Men’s Journal. He’s totally inspired. And he really took me seriously as a writer and a person. He gave me my first byline, and that meant a lot to me as a 19-year-old.

Dave Kalstein, screenwriter and author
Tenure: 48 hours at Us Weekly

He says: Dave had his mind in a couple of different camps about what he wanted to do. He was very imaginative, and good with story angles. He was very well-connected when he walked through the door, so he knew who the players were, particularly in the rock ’n’ roll world.

He says: I was Terry McDonell’s assistant for literally 48 hours before he “transferred” me to someone else’s desk. I can’t imagine what I did wrong. I don’t think Terry was used to an assistant who didn’t wear a skirt to work. Which suited me just fine, because I was neither partial to being an assistant nor to wearing skirts. He was a refreshing throwback to old-school editors. He was gruff. Terse. Abrupt. I learned that life occasionally forces even the wisest and proudest of men to undergo a trial beneath their dignity. I don’t think Terry ever wanted to be sorting through paparazzi photos of Cameron Diaz pumping gas, but he took it like a man. And destiny rewarded him with the Sports Illustrated gig.

He says: The only problem Kate had was deciding what she wanted to do. She could have done anything. She was a good writer and could have gone that route. I think that her decision to become an agent speaks to a maturity she had. She was so fast, such a fast study.

She says: He’s the best editor I’ve ever seen. I do a lot of editing in my job now, so that’s been very helpful. [He was] firm, definite in his needs, opinions and likes-dislikes, and fair in what he asked from his assistants. He didn’t expect [us] to just answer his phone but wanted [us] to start writing for the magazine as soon as possible. He’d also ask my opinion about things, which I don’t think I expected at first. [I learned] not to waver from your first instinct or from what you believe. And the value of discretion; No one else needs to know your business.