The best and worst newsstand sellers of 2004. 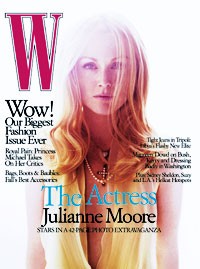 NEW YORK — Newsstand numbers have always been a barometer of a magazine’s overall health, but in recent years as subscription rates have tumbled, publishers have also looked to squeeze more profits out of single-copy sales. And while it’s nearly impossible to predict what will cause one issue to spike at the newsstand while another tanks, magazine makers are increasingly trying to find ways to take some of that uncertainty out of the process.

That’s why more and more of them are pretesting cover text and images with focus groups, from the Time Inc. stable — including In Style and Teen People — to Elle and Vogue. Allure’s editor in chief Linda Wells is among those who swears by the importance of the process and, in her case, it clearly has worked — six of Allure’s 10 all-time best newsstand sellers were in 2004.

Even those formerly resistant to editing by the numbers have been brought around to the idea in recent years. GQ, up 8.2 percent at the newsstand in the second half of 2004, began intermittent testing under Art Cooper and has continued to do so under present editor in chief Jim Nelson. A closer coordination between the editorial and consumer marketing sides also helped Elle achieve a 24 percent increase during the same period.

Another reason editors are becoming more receptive to market research is that there are simply more and better tools available to them. ICN Cover Analyzer, a four-year-old subscription service offered by Source Interlink and used to some degree by most major publishers, allows editors to pull data on hundreds of past and current covers to gauge who and what sells best. “It may steer an editor away from trouble,” said John Daloia, Source Interlink’s chief marketing officer. “They find themselves saying, ‘This cover subject hasn’t worked for anybody else. Why do we think we’re going to change that trend?’”

Of course, there are those times when a clear trend doesn’t emerge. Mischa Barton was a best seller on Teen Vogue’s June-July cover, but she was Jane magazine’s softest cover of the year. Jessica Simpson and Avril Lavigne also turned up on best- and worst-selling lists. Granted, there are always mitigating factors to consider in determining what might work on the newsstand and what might not. For instance, Vogue’s October issue with Charlize Theron on the cover was polybagged, meaning readers couldn’t flip through before buying, which likely sent newsstand sales down. (Vogue, W, Allure, GQ, Glamour, Lucky, Vanity Fair, Jane and Teen Vogue, like WWD, are owned by Advance Publications Inc.)

This story first appeared in the February 18, 2005 issue of WWD. Subscribe Today.

While issue by issue single copy sales figures for the second half of 2004 won’t be released by the Audit Bureau of Circulations for another few weeks, here is a preview of the best- and worst-selling issues for the monthlies last year, as provided by the publishers.