The Women of O 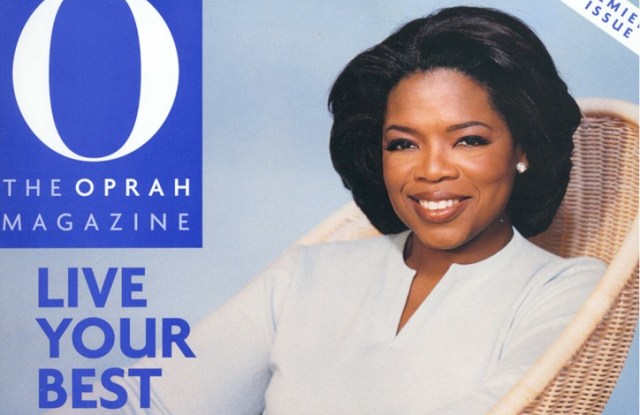 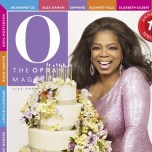 This month marks 10 years since O, The Oprah Magazine published its first issue, and this being Oprah, the celebration isn’t a quiet one. O’s “Live Your Best Life Weekend” begins Saturday morning at the Jacob K. Javits Convention Center with remarks by Winfrey (and an introduction from “Eat, Pray, Love” author Elizabeth Gilbert) at 9:30, followed by seminars led by O contributors Donna Brazile, Dr. Mehmet Oz, Martha Beck, Nate Berkus, Peter Walsh and Suze Orman. And later on, Winfrey herself will take the stage at Radio City Music Hall to perform a one-woman show. All this doesn’t come cheap: $375 plus tax and service, though Sunday’s charity walk (Jennifer Hudson, Mary J. Blige, Bette Midler, Tracy Chapman and Emmylou Harris will be hitting the pavement) is free and open to the public.

Not that it’s been a completely smooth ride. Like virtually every other magazine, O has seen a significant decline in ad pages, which were down 26 percent last year, to 1,348, according to Publishers Information Bureau. (Things seem to be improving this year — according to Media Industry Newsletter, ad pages are up about 6 percent, to 555, year to date.) O’s newsstand sales are improving, too, as single-copy sales increased 5.8 percent, to 662,300, in the second half of 2009 compared with 2008, according to the Audit Bureau of Circulations. It’s a marked improvement from the second half of 2008, when, under previous editor in chief Susan Reed, O’s newsstand sales declined 25 percent, to 626,000. Currently, the magazine has a rate base of 2.35 million.

With an ear toward the self-improvement mantras sure to be uttered en masse this weekend, WWD thought it the perfect time to check in with the magazine to discuss its first decade and the future. And while we couldn’t snag the big O herself, we got the next best thing: the trio responsible for the magazine’s day-to-day operations: editor at large and Winfrey’s BFF, Gayle King; Susan Casey, editor in chief, and vice president and publisher Jill D. Seelig, who has been overseeing the business side of O since its third issue. Here, WWD talks with the women of O.

WWD: Gayle, how has the magazine changed since you launched it a decade ago?
Gayle King: I think it’s gotten better. We look at the first issue now and we kind of cringe.

WWD: Why?
G.K.: Well, we look at the cover, number one. We look at the clothes, the design, the layout. It just seems very flat. Although when it launched, Oprah gave [the issue] a B-minus. We were very new to the magazine business. But we’ve always thought the magazine was smart — it still remains a good read, so the mission hasn’t changed and the DNA of the magazine hasn’t changed, but the look is certainly better and it’s still a very good read.

WWD: Does Oprah grade every issue?
G.K.: No, no, no. She just graded our first season.
Susan Casey: I kind of wish she would grade every issue.
G.K.: That would be good if she would grade very issue, because she’s very hands-on and very involved.
S.C.: She’s very happy with the [May] anniversary issue. She sent me an e-mail about that — she loved it.
G.K.: So, she gave us an A on the anniversary issue, so that’s good!

WWD: Gayle, how has your role changed?
G.K.: I don’t really think my role has changed. This is the thing — because Oprah’s in Chicago, you really do need somebody in New York who understands her, who gets her voice, who gets her vision. And when we were starting [the magazine], there was nobody here who could do that but me, in terms of knowing her. The difference is now we have a much better and stronger team.
Jill Seelig: From the business standpoint, I think there is a lot more collaboration with all of the Oprah properties, and that’s obviously happened over time, whether it’s cross-pollination on the content side or creating multiplatform programs. If you ask me how the publisher’s role has changed, it’s changed considerably in 10 years, given the new and changing mediums we’re working with — the magazine and oprah.com, Oprah Radio and even the show. And now OWN [Winfrey’s recently announced television network, a joint venture with Discovery Communications set to launch in January].

WWD: How will the magazine change when “The Oprah Winfrey Show” goes off the air in September 2011?
S.C.: We love working with the show, obviously — it’s every editor’s dream to have Oprah holding up the magazine and talking about it on the show, but one thing that becomes difficult is that our lead time is so different from [the talk show’s] lead time, so what I really look forward to with OWN, and what I’ve already seen in the meetings I’ve had with them, is that we can be really nimble in terms of how things we do in the magazine could come onto the cable channel because the timing is more flexible. They will work with us, and we will help — hopefully — create content that works for them and what that content looks like has a lot more fluidity.
G.K.: The magazine never relied on the TV show to be a success. There is no question that it enhances the magazine, but I don’t think that our success has ever depended on the TV show.
J.S.: In fact, the viewer and the reader look very different — maybe surprisingly or not surprisingly. I think when we launched this magazine, we understood there was a group of women, this is pre-DVR, who weren’t at home during the day to watch the Oprah show, but could certainly benefit from this mission — the message “live your best life” — so we brought in virtually an entirely new audience for the magazine.

WWD: What are the different demographics?
J.S.: The magazine is a bit younger, more affluent. It would be the same between any daytime television show and magazine. The women reading the magazine, 70 percent of them are working women, college educated. The women watching the show might not be working — they’re obviously home. There’s maybe 10 percent duplication between viewer and reader.

WWD: After a decade, is there a sense in your office that the magazine needs to be tweaked, or more than tweaked?
S.C.: Always. It’s a constant process of evolution. It’s been so successful for 10 years that, for me, that’s the big challenge — what will make it equally successful in the next 10 years? And we’re going to be bold about it. We have changes that will be coming in September. We will be evolving the same way Oprah’s evolving. Oprah’s next show is called “Oprah’s Next Chapter.” I’m excited about the magazine’s next chapter, too.

WWD: You came in a little less than a year ago, Susan. Initially, were you freaked out by the prospect of a job in which you would answer to Oprah and work so closely with her brand?
G.K.: Listen, this is a women who swims with sharks — she fears nothing.
S.C.: I was living on Maui, working on my next book, which is about 100-foot waves. I had met Oprah and we had spent a really wonderful few hours together talking, so I knew that I’d love to work for her. It seems in the media that there’s a lot of retrenching, there’s some fear, but I look at Oprah and her media empire as, literally, all systems go. So, I would say if I was freaked out, it was because of the notion of what was at stake. It’s not so much being intimidated by Oprah at all, because I adore her.
G.K.: It is an interesting dynamic that we have here, I’ll give it to you. You’ve got Hearst, you’ve got Oprah, you’ve got me, you’ve got Susan. So there are many different voices, but ultimately, Oprah has the final say and we’re all aware of that. It ain’t hard.

WWD: What is the extent of Oprah’s involvement in the magazine? Will it change in the future?
G.K.: I expect that when her schedule lightens up, she’ll be able to be more involved than she already is. But believe me when I tell you, she’s very involved. All the layouts are sent to her before the magazine is shipped. And I’d like to think they’re in pretty good shape when they get to her. It’s not like she has to take out her red pencil and make a lot of changes. But she has the unique ability to look at something and figure out a way to make it better. And not just in magazine-land, she does this with TV shows and planning a party, too.
S.C.: The more involvement she has in the magazine, the better the magazine will be. Doing the daily show is so tough, day-in day-out, but when she has time to be creative — I’m really excited about that.
G.K.: The woman’s got four jobs now. Her schedule is nuts. But isn’t your schedule nuts? Everybody’s schedule’s nuts.

WWD: On the publishing side, Jill, you have a unique job in that you’re not only selling a magazine, but you’re working with TV and radio and online.
J.S.: I don’t know that my job is unusual in that way. I think what is unusual about my job is that I have access to these phenomenal properties that are all part of this brand. To have a daily television show, to have a daily radio show — Oprah Radio and Gayle’s show — to have Oprah.com, which reaches 8 million unique visitors. Each property in and of itself is a powerhouse, and you put them together and that’s a pretty compelling package for an advertiser.

WWD: In the last few years, Oprah has shared the cover of the magazine — for the first time with Michelle Obama and then with Ellen DeGeneres. Might there ever be a cover of O that doesn’t feature Oprah?
G.K.: We hope not. I mean, whenever Oprah’s on other magazines, it’s normally their highest-selling issue. Why do we want to give that up? Believe me, we went through a period where Oprah was saying, ‘Please! Find somebody else or something else. It’s not like she’s thinking, ‘God I love being on the cover.’