The Year in E-Tail: Lessons Learned and Looking Ahead

If 2011 was a strong one for mobile commerce, it was a mere precursor to what’s expected in 2012. 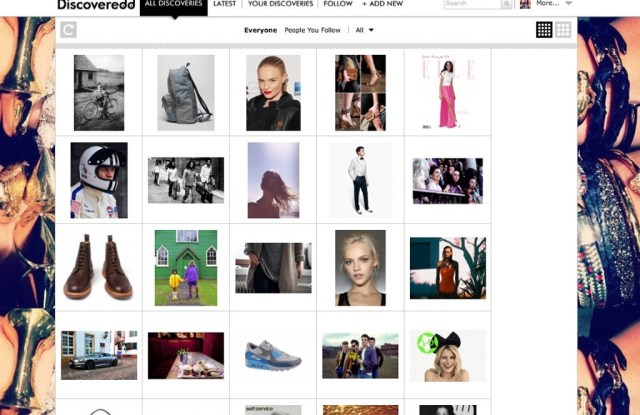 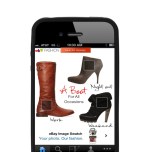 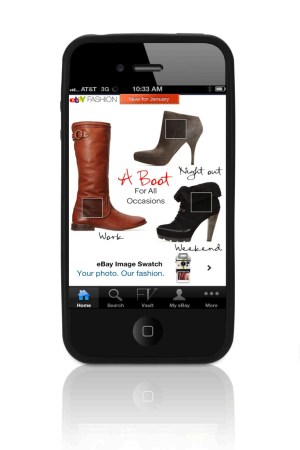 Mobile commerce spending on smartphones is expected to reach $10 billion this year, said Sucharita Mulpuru, vice president and principal analyst at Forrester Research, and this projection doesn’t even include tablet shopping.

“The holiday season in retail is the first time we saw numbers of real significance. It’s really a crystal ball for what we’re going to see in online retail in 2012,” Maureen Mullen, director of research and advisory at New York University think tank Luxury Lab, or L2, told WWD.

And the big are getting bigger. Sites such as Amazon.com, eBay and macys.com have outpaced the growth of smaller players, she said.

“Amazon is largely leading that charge. The interesting trend around Amazon is that it’s growing at five times the rate of overall retail and three times the rate of e-commerce in the U.S. — and the most staggering statistic is that 37 percent of m-commerce transactions occur over Amazon,” Mullen said, drawing a comparison to Wal-Mart in the Nineties, which at the time controlled 9 percent of all U.S. retail.

These numbers mean that Amazon boasts more than a third of the fastest-growing channel in retail — and, according to Mullen, this is sure to have major implications on brands and retailers as they develop their digital strategies for 2012.

EBay reached a record $5 billion in mobile purchases (from smartphones and tablets) in 2011 and predicts this number will climb to $8 billion by the end of this year, according to Steve Yankovich, vice president of eBay Mobile, who noted that the most significant lesson learned from the holiday season was that the vast majority of mobile shoppers had intent (versus just browsing or “snacking,” which Yankovich describes as when you’re “stuck with time to burn and you snack on your phone,” whether it be through texting, e-mailing or shopping).

“This also suggests is that there’s an opportunity on mobile to create an experience where they [users] will just access us to engage and discover. When they shop, we know they have intent, so for us, [it’s figuring out if] eBay can be a snack and if the consumer will browse for an item when they don’t have a purchase in mind,” Yankovich said. “We nailed intent, so the next frontier for us is to get more engagement and traction and go after browsing and discovery.”

According to experts, further mobile growth in 2012 will be fueled by offering mobile-exclusive offers to consumers; differentiating mobile experiences by device; merging mobile shopping with the in-store experience; broadening mobile and tablet capabilities beyond Apple products, and social commerce.

Nayar noted that, for the first time, a spike in shopping was seen on Thanksgiving Day right after lunch, but only with respect to mobile devices — which could be a prime time for retailers to drive sales for the next holiday shopping season with limited-time offers available via mobile.

Another wrinkle to the differentiating-the-mobile-experience-by-device equation relies on the convergence of mobile and in-store commerce.

Gary Lombardo, manager of e-commerce solution Demandware, which works with clients such as Tory Burch, Kate Spade, Crocs, Barneys New York and Elie Tahari, believes that merging m-commerce and brick-and-mortar under the same roof will revolutionize the entire shopping experience.

“There are a ton of retailers who have seen a lot of mobile traffic to their sites — [and] the sister part of that is mobile transcending into the store. [This will] really bring Web commerce specifically into the store and extend inventory from the online channel,” Lombardo said of stores ramping up the usage of mobile devices and tablets. “Retail is really trying to change its model because of the whole online channel, [and] mobile is helping to exacerbate that. Stores are using in-store mobile capabilities to leverage and give consumers access to inventory that might not be available — but in all the brand’s stores.”

Tory Burch implemented an in-store mobile strategy as a pilot in a few of its New York stores last fall, and the brand is working on a full store rollout now that it expects to have completed by the end of 2012, according to chief marketing officer Miki Berardelli. Sales associates are able to log onto the site with personalized log-ins on their iPads so all activity could be linked to that employee and store.

“We see mobile as the true bridge between online and offline. Our customer carries her device with her at all times and enters our stores more informed than ever,” Berardelli said. In addition to merging the shopping experience in the online and offline worlds, brands differentiating between mobile, tablet and Web strategies will be key going forward.

Lombardo notes that smartphones and tablets are used for different shopping reasons, and because of this, retailers serving up their traditional Web sites without modifications for tablet users won’t cut it. He cites eBay smartphone and tablet-specific apps as a particularly good example of this.

Mullen agrees, adding that tablets are where many brands will focus their energies this year. “Mobile is just becoming a bigger and bigger share [of the online retail marketplace], and then when you add in the tablet — specifically the iPad — this is where we’re going to see a lot of growth as we move forward,” Mullen said. “The tablet is the beacon for e-commerce, and what’s happening with the iPad is that brands are seeing conversion rates that are double or triple what they see on their Web sites — and a lot of that is being driven by when consumers are shopping.”

From L2’s research, Mullen is confident that 2012 will see even more $1 billion online shopping days than last year, which she believes is a direct correlation to the investments that retailers have made in bolstering their online strategies and pumping capital into digital initiatives.

On Jan. 12, Sephora took the top spot in L2’s first Prestige 100: Mobile IQ Index that ranked the digital innovation of prestige brands in the fashion and beauty industries — which was mostly due to the retailer’s job at innovating and creating unique mobile experiences (Nordstrom, Macy’s, Net-a-porter and Bloomingdale’s took the remaining four of the top five spots).

She noted that only 16 percent of the brands featured in the index had unique iPad-specific content — Sephora among them — as the majority of companies currently offer iPad content replicated from an iPhone app.

Sephora has a mobile site that is m-commerce compatible, an iPhone app that integrates with an in-store retail experience and a highly engaging iPad app that allows consumers to follow how-to videos that teach them how to apply various products.

“For us, mobile is something we felt was a huge customer service [tool] early on, so when the iPhone hit the market, it really changed the notion of what you can do with your phone and we built an app for that. In early 2011, we added an iPad app which leveraged the benefit of that device,” said Julie Bornstein, senior vice president of Sephora Direct.

She calls mobile the bridge between a rich e-commerce and in-store experience, a tool that can enrich the brick-and-mortar component to the retail equation. “[We’re] creating an ecosystem that works together to ease the consumer’s shopping experience. You need to leverage all of these. Our product assortment is the same [across the various platforms] and the stories are the same, but the way people navigate and the tools they have to use on each of those devices is specific.”

However, Oliver Walsh — founder and chief executive officer of discovery platform Discoveredd and Wednesday London, a digital agency that has worked with Mr Porter, J. Crew, Alexander McQueen, Giorgio Armani and Moncler — believes that this isn’t always the case.

He’s an ardent believer that if a site has a “responsive design,” then the brand’s message should work cross-platform without developing a differentiated experience for a desktop, smartphone or tablet — not to mention the exorbitant cost related to achieving this that can be quite an obstacle for smaller retailers.

Another leading trend Walsh sees emerging this year — via Discoveredd, an online scrapbook that allows users to save products, places and images that they love and find on a daily basis — is social commerce.

“I’m interested in how people discover new products that are relevant to them. It’s about integration of the social graph and social discovery,” Walsh said. “It will be quite tangible — this notion of social discovery and how the world has evolved from search-based discovery to algorithmic-based discovery. This is the most important thing — and a lot of sites haven’t taken advantage of it yet.”

Facebook, to a degree, has taken advantage of this with its “like” button, but the new breed of discovery-based social commerce sites such as Pinterest and Discoveredd aim to cater to this budding category in an innovative way. To Walsh, shopping with friends is the most powerful tool to drive revenue.

The jury is still out on Facebook commerce, or F-commerce, though. Mullen said that brands and retailers still have yet to fully recognize the opportunity around the medium as it pertains to shopping, but this could largely be realized by the end of the year. Lombardo concurred, saying it’s too early to call F-commerce a “flop.” Although he doesn’t think Facebook itself will ever be a huge driver of revenue, it will be a place where fans can engage and brands can offer promotional deals and sales that drive the experience back to the branded site.

He also thinks that being able to leverage the data from the platform onto a brand’s site — mashed up with data pulled from its e-commerce system — has a lot of potential for these companies to merchandise using Facebook data, which is rife with information about consumers, including products their friends might like or when it’s their birthday.

“That type of thing is hugely powerful. That’s the kind of personalization we’ve been talking about for a long time and Facebook is allowing for retailers to smartly think about it,” Lombardo said.