Except for Oprah Winfrey, no one wields more sway over what books Americans will take with them to the beach this summer than monthly magazine editors. 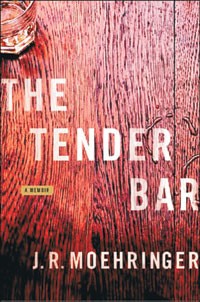 NEW YORK — Except for Oprah Winfrey, no one wields more sway over what books Americans will take with them to the beach this summer than monthly magazine editors. So what are these influential individuals packing in their own tote bags before nipping off to the Hamptons? We asked and they answered, in the first installment of a feature WWD will revisit occasionally. Ian McEwan’s latest is a popular choice, as is Malcolm Gladwell’s. Kate White reads mysteries when she’s not writing them, and Linda Wells is reading something with “beauty” in the title, although it’s not what it sounds like. And while no one would cop to buying Us Weekly or Star, you just know there’s a reason those unread New Yorkers have been piling up …

Graydon Carter, editor in chief of Vanity Fair and the author of “What We’ve Lost”: I just finished “Marjorie Morningstar” and will begin “Youngblood Hawke” this weekend. This is vintage Herman Wouk, done before the whole World War II thing eclipsed his best work. And I’m in the thick of J.R. Moehringer’s supremely great new memoir, “The Tender Bar,” which has me laughing out loud in parts.

Linda Wells, editor in chief of Allure:
I just finished reading the final book, “In the Company of Cheerful Ladies,” in the series about the No. 1 Ladies’ Detective Agency by Alexander McCall Smith. These stories about psychology and morality are sweet without being the least bit saccharine.

“Saturday” by Ian McEwan. I think he’s one of the finest writers alive today.

“The Line of Beauty” by Alan Hollinghurst. No, it’s not a diet or makeup book. He’s the other finest writer.

“The Americans” by Henry James on my iPod.

And this is what’s next on my list: “Them” by Francine du Plessix Gray, about Alexander Liberman, my first boss at Condé Nast, and his wife, Tatiana; “109 East Palace: Robert Oppenheimer and the Secret City of Los Alamos” because it’s by my friend, Jennet Conant, and she’s really smart; “Garlic and Sapphires” by Ruth Reichl, because I loved her two previous memoirs. Reading this after the others is like saving dessert for last. And The New Yorker, going back to last March.

David Granger, editor in chief of Esquire:
Cormac McCarthy’s new novel, “No Country for Old Men,” in which he competes with Elmore Leonard for the title of best writer of dialogue in the history of fiction. Lots of murder; three finely drawn archetypal male American characters.

“Prep” by Curtis Sittenfeld, which started well but trailed off. Mild disappointment, mostly because someone said it was reminiscent of “Catcher in the Rye.”

Deborah Needleman, editor in chief of Domino.
Right now, I’m reading “Saturday” by Ian McEwan. I keep making the mistake of reading it while on an airplane — not the best place to read about terrorism and planes on fire. Despite not being terribly in touch with himself, the main character still has a profound sexual attraction to his wife of 20-some years, a rarity in literature — and probably in life — that I find touching.

Because of my job, I read way too many magazines. The table behind my sofa makes my apartment look like a dentist’s office waiting room. I’m loving the “Freakonomics” pieces by Steven D. Levitt and Stephen J. Dubner that I’ve been reading in Slate and now the Times magazine. Give me a little dose of psychology with my economics and I’m a happy girl.

I’ve never understood the concept of “summer reading.” I don’t have enough time to read as it is, so if I have a chunk of reading time on the beach or on vacation, the last thing I’d read would be a roman à clef about Anna Wintour or something. Just the opposite — I’d read some big, fat book I don’t have time to concentrate on otherwise.

I should preface this by saying that sucking up to Anna Wintour unfortunately isn’t going to help me or advance my career in any way. That said, I think she is the finest magazine editor working today and, as such, it is truly a pleasure to read Vogue every month.

Susan Casey, an editor at large at Time Inc. and author of the just-published “The Devil’s Teeth: A True Story of Obsession and Survival Among America’s Great White Sharks”:

I’m headed out on the book tour instead of to the beach, unfortunately. But here are the things I’ve loved recently: “The Know-It-All” by A.J. Jacobs. It’s a hilarious book in which the author attempts to digest the entire 44-million-word Encyclopaedia Britannica (bet you didn’t know that Descartes had a fetish for cross-eyed women); “Early Bird: A Memoir of Premature Retirement” by Rodney Rothman; “Naked Pictures of Famous People” by Jon Stewart, a collection of short stories that proves the guy’s a comic genius.

Kate White, editor in chief of Cosmopolitan:
“Break, Blow, Burn” by Camille Paglia. She analyzes the great poems. I love this book and I reread parts every single night.

“Blink” by Malcolm Gladwell. Fascinating stuff — and so helpful for my work.

“Antigone” by Jean Anouilh. I love plays because I can keep them in my purse. This is a favorite I just reread.

“With No One as Witness” by Elizabeth George. A strong mystery. I always have to have a mystery going.