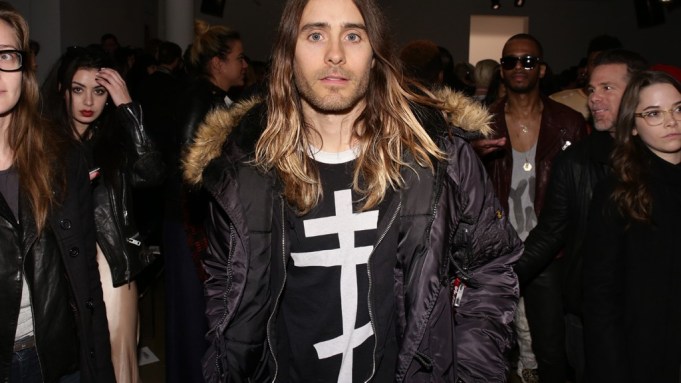 WWD’s week in quotes, culled from stories that ran the week of February 3 to February 14.

• “I felt the time was right to be more comfortable. Sometimes people don’t want change, but it worked for Bob Dylan when he turned to the electric guitar.” — Jean Touitou, founder and owner of A.P.C.

• “All parties should have somebody climbing up a pole. It’s not a party if someone’s not scaling a wall.” — Anna Kendrick, front row at Marchesa.

• “The same girl that wears this will also buy Black Label and Collection. We’re giving her a diverse mood that she hasn’t seen.” — Ralph Lauren on his new collection.

• “There’s always a reaction to the thing before, the idea of wanting to see things that seem fresh and unadorned,” — Marc Jacobs on his fall collection.

• “So many editors live in TriBeCa….It’s not supposed to be for local heroes. They’re uncomfortable, awkward places all the way downtown, but who am I?” — Suzy Menkes on the New York shows.

• “If London’s living a moment, it’s certainly a long one. London isn’t just about being a ‘show city.’ Designers are savvy nowadays and they want to build long-term businesses.” — Matthew Williamson.

• “We need to get this done because an agreement could increase exports by tens of billions of dollars, support hundreds of thousands of additional jobs both in the U.S. and the European Union, and promote growth on both sides of the Atlantic.” — President Obama, referring to the Transatlantic Trade and Investment Partnership launched in July.

• “Our discussions with the government are ongoing and differences remain. But the team is working hard in an effort to bring these matters to a close.” — Avon chief executive officer Sheri McCoy.

• “In a strange way, I think that the kind of scrutiny we have applied to his work and to his life is a lesson in beauty, and he would have appreciated that young girl’s assessment.” — Costume Institute curator in charge Harold Koda on this spring’s “Charles James: Beyond Fashion” exhibition.

• “If there’s anything that I brought to fashion, it’s making a woman feel like a woman — whether she’s a size 4 or a size 16.” — Donna Karan on her 30th anniversary milestone.

• “Firstly, I don’t recall taking any heat….It’s a Vivienne Westwood hat. It’s not for everyone…” — Pharrell Williams on his hat from the Grammy Awards.

• “It’s the most profitable part of our business. The sky’s the limit.”  — Robert Duffy on the new Marc by Marc Jacobs.