WWD's week in quotes, culled from stories that ran the week of March 31 to April 4. 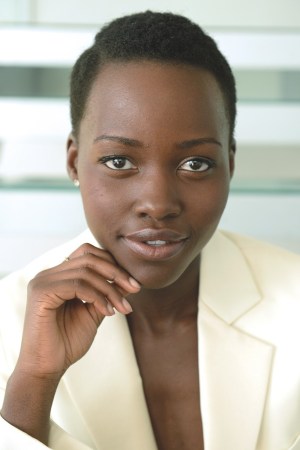 WWD’s week in quotes, culled from stories that ran the week of March 31 to April 4.

• “I’m interested in discovering the drama in real life. That’s where you get inspiration for the fake ones.” — Lupita Nyong’o who has signed on to a deal with Lancome.

• “I mean, in New York City, nothing creates an appetite like unavailability. But we wanted something accessible, that’s the way we designed it from the beginning.” — Graydon Carter on his most recent restaurant venture, the Beatrice Inn.

• “You’re probably not familiar with our company, but you probably are familiar with the saying ‘You don’t know s–t from Shinola.’” — Heath Carr, chief executive officer of Shinola’s parent Bedrock Manufacturing Co.

• “Our guy is the New York guy who is the connector of the world. He’s strong, he knows his fashion, he loves his details with fabric and fit.” — Maxwell Osborne of  Public School.

• “We like to create our own rules.” — Nicola Formichetti on showing his first collection for Diesel on Twitter.

• “We would offer Kim and Kanye, the couple who has everything, anonymity. One of the Maison’s most treasured codes.” — Maison Martin Margiela.

• “Boy, she had an appetite for jewelry — I can tell you that. The magic would begin when she was alone in a [private] wood-paneled room with Richard Burton, and she started choosing the jewelry.” — Nicola Bulgari on Elizabeth Taylor.

• “The customer is in the driver’s seat. We’re just trying to get in front of what she wants.” — Karen Katz, president and chief executive officer of Neiman Marcus Group Ltd. LLC, speaking about technology at the Oracle Industry Connect Conference.

• “She is a client; she shops for herself. We are very happy that she wears our clothes. She is a discrete and efficient woman.” — Dominique Hazan, general manager of Georges Rech and Apostrophe, on newly-elected Paris mayor, Anne Hildago.

• “I’ve never really looked into archives anywhere I’ve worked, actually…I feel, like it or hate it, it doesn’t matter. I just like it to be strong. I think it’s worth doing something differently.” — Phoebe Philo, Celine.

• “I do everything. I sketch, I try the shoes, I do everything. I’m surprised that people have teams, that’s crazy. The only thing I don’t do is the sizing, because I don’t like numbers.” — Manolo Blahnik speaking at the Vogue Festival.

• “It has to be organic; you can’t strategize Instagram months in advance. It’s called Instagram — it has the word ‘insta’ in it.” — designer Diane von Furstenberg.

• “It’s almost a very selfish line that we made for us,” — Tina Craig, who launched the Bag Snob blog in 2005, on the new collection launching on HSN.

• “Charles James had nothing to do with fashion. Rather, he applied himself to the rigors of mathematics in the creation of fashion” — Designer Ralph Rucci writing in the prologue of the new book, “Charles: James: Beyond Fashion.”