WWD's week in quotes, culled from stories that ran the week of April 21 to April 25. 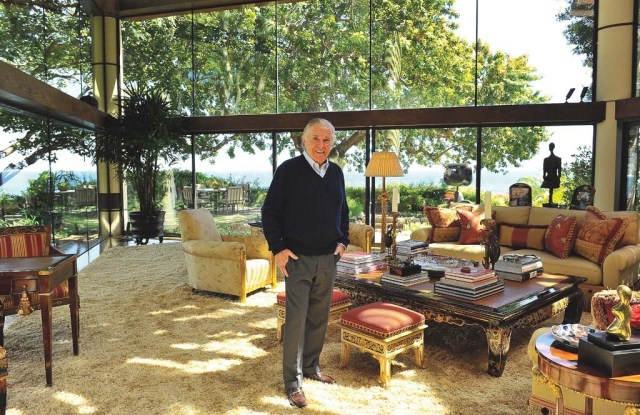 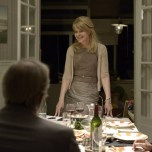 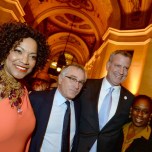 WWD’s week in quotes, culled from stories that ran the week of April 21 to April 25.

“Dubai is in the right place at the right time. The Middle East is one of the fashion industry’s most vibrant markets. A third of the world’s couture clients come from the Middle East. The world’s top fashion brands are not only courting you, they are here.” — Fern Mallis, at an event to spotlight regional design talents in Dubai.

“I’m very much from the school of ‘It’s a project.’ When I’m done, I walk away from it and my clients have to live there. So, I want it to reflect who they are and who they are as people. The only real struggle is when there are family heirlooms that really don’t go with what’s going on. So then, its like, ‘OK, those can go in the guest room.’” — decorator Jay Jeffers reflecting on his design philosophy.

“I met [Robert DeNiro’s] wife, so my life is made. I’m pretty much good for the rest of my life,” — singer Estelle at a dinner celebrating the Tribeca Film festival, referring to Grace Hightower.

“Back in the day when shoulder pads were in, I hanged the tags on shoulder pads. I’d basically hide from my father,” — Adam Levine on working in the warehouse of his father’s specialty store chain and playing his guitar to entertain coworkers, who alerted him when the boss was on the way.

“Jones was not an asset name. Jones was a generic name. It worked for me for 40 years.” — Sidney Kimmel

“I had to become less emotional about the whole thing. I saw the thing sliding. The guy who’s buying the company never even called me. When you print that, he’ll call me the next day. But I’ll be, ‘Leave me alone, it’s too late.’” — Sidney Kimmel on the sale of the Jones Group to Sycamore Partners.

“My men are tough; it is their job to rescue people but at that point they broke down and cried. ‘We could not save her’ some of them sobbed over it. ‘She was calling to us and we could not save her.’ — Brig. Gen. Ali Ahmed Khan recalling the rescue effort a year ago when the Rana Plaza garment manufacturing building collapsed in Bangladesh.

“These customers sleep with their phones. They can get the best deal, sometimes an extraordinary deal, in a second. Their reasoning is that they can get something at a great price that also happens to be fabulous.” — Jamie Gutfreund, ITG chief strategy officer on a new study on shopping habits of Millennials.

“I’m a jewelry freak. To me, jewelry is such a statement of who you want to be, as soon as you get dressed.” — Stefani Greenfield on the launch of the new T+C Theodora & Callum line which will include jewelry and other accessories.

“There’s a business here. We’re not starting this from scratch. We’ve made it larger and we think about it as a lifestyle brand that will work everywhere,” — Gary Muto, president of Ann Inc. Brands, on launching of the first free-standing Lou & Grey store.

“Growing up in a family of strong and pioneering females, I am excited that such iconic women, leaders in their own fields, have been involved in this project, on this iconic Fendi bag.” — Silvia Venturini Fendi on collaborating with notable women on a charity project to raise funds for Kids Company.

“Lee Alexander McQueen was brought up in London, studied here, and based his globally successful McQueen fashion brand here. By staging the exhibition at the V&A, it feels like we are bringing his work home.” — Martin Roth, director of the Victoria and Albert Museum, announcing the “Savage Beauty” retrospective will be coming to London.

“He was into head-to-toe dressing, taking the church lady look from his southern upbringing and glamorizing her,” — Dilys Blum, Philadelphia Museum of Art curator, on the new exhibit, Patrick Kelly: Runway of Love.”

“You know, I’d never met him before. I think we have some kindred history and obviously a kindred relationship. And meeting our families, we were just joking about what it means to us. It was really warm.” — NYC Mayor Bill de Blasio on meeting Robert De Niro at party for the Tribeca Film Festival by Vanity Fair.

“People say the difference between the Americans and the Europeans is that the Americans have the tax breaks and the Europeans don’t. That is not so.…Everywhere throughout Europe except for Florence, all the great museums were founded by royalty. In the U.S. and in Florence, they were all founded by families.” — Leonard Lauder, honored as the Renaissance Man of the Year by the Palazzo Strozzi Foundation.

“Usually, you work toward these incredible breakthroughs. Here, if women take a pill a day, every day, their children will be HIV-free, and that is unbelievable. It’s not just hope — it’s a reality.” — Diane von Furstenberg on fashion’s support of the Born Free charity project.

“They’re both behemoths, but Alibaba is two to three times bigger [than Amazon]. Amazon’s mission statement is to be Earth’s most consumer-centric company. They have a very clear and strong message and they’ve really earned that. On that standpoint, Amazon is much stronger [in the U.S.]. Alibaba has an uphill battle.” — Kosha Gada, principal at A.T. Kearney, referring to the number of transactions each firm enables.

“When I think about this time in university, it’s a time when you read, when you speak, when you want to make change. It’s like food for later life, because it’s a time when you can open any kind of learning. I had great, great conversations. I loved that time, even if the world is still the same.” — Fanny Ardent, remembering her time in college before she pursued acting.