WWD's week in quotes, culled from stories that ran the week of May 26 to May 30. 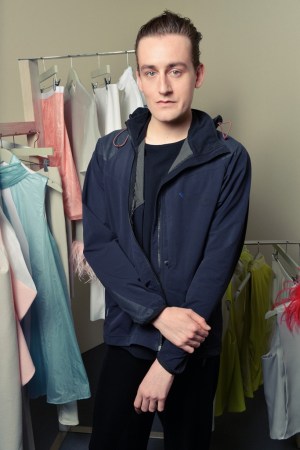 WWD’s week in quotes, culled from stories that ran the week of May 26 to May 30.

“It really will benefit every area of the business. Financial struggle is something I’m very familiar with as an independent designer.” — designer Thomas Tait on winning the inaugural LVMH Young Fashion Designer Prize.

“Let’s do what we love, and do a lot of it.” — CFDA Womenswear Designer of the Year nominee Marc Jacobs, recalling his approach to spring 2014.

“The moment when we put on makeup is very intimate. It’s just you and your beauty tools, facing the mirror.” — Frida Giannini on creating Gucci’s new cosmetics line.

“I have seen the world change significantly over the years. But the kind of change we are experiencing now — the degree, the magnitude, the speed — is unlike anything we have experienced before. Consumers have become empowered through the ubiquity of information… Their rising expectations are helping us reshape the way we understand their needs and desires, how we create and innovate and, of course, how we engage with them.” — Cedric Prouvé, group president of international at Lauder, shares his global philosophy.

“We wanted to try something more bold and graphic, sort of unlike the usual movie posters. It was important to us that [Jolie] didn’t come across as [an] ‘evil queen,’ and that she had a lot of emotion and depth to her character.” — Mert Alas and Marcus Piggott on photographing Angelina Jolie for Disney’s “Maleficent” movie posters.

“He had a phenomenal eye and a quick, decisive mind. Every department was buzzing with creative energy, great sales and happy buyers. By 1981, sales were exploding. Ortenberg would roam the floors to observe what was going on, and people would think, ‘Is he coming to see me? What will he ask?’ As much as we loved him, we could get terrified.” — Chris Dabagian, director of textile design at Liz Claiborne from 1979 to 1987, on working with the late Art Ortenberg.

“This is pretty big. Everybody used to say that baseball players can’t dress and athletes can’t dress. You know, a lot of athletes now are trying to prove everybody wrong, though there are some athletes that try too hard and try to do over-the-top things. But me, I try to be simple and just make whatever I’m wearing look good.” — L.A. Dodger Matt Kemp on shooting the fall campaign for Gap Inc.’s Factory outlet stores.

“It was too rigid, no flexibility, no creativity, so I didn’t last very long, and then I went to music school.” — pop star Keisza on first joining the Royal Canadian Navy at 16 before embarking on a singing career.

“I had an audition where I had to look like a boy. I’m already a tomboy. They did face shading and glued a wig to my face and head. I was in my makeup chair for two hours every day.” — actress Bella Thorne on her role in the new movie, “Blended.”

“We can’t depend on the same techniques that we used in the early 2000s to continue to have a good business.” — Lu Kushan, who manages a bra- production line in Gurao, China.

“The strongest survive. The mall’s value proposition is its great convenience to customers. If a center doesn’t have the assortment you want, you’re going to go elsewhere. This is a natural progression of what the industry is going through.” — Robert Taubman, chairman, president and ceo of Taubman Centers Inc, on mall operators selling their underperforming properties.

“She wore three to four different dresses a day and rarely wore the same dress twice.” — Alain Pougetoux, curator of “Joséphine” at the Musée du Luxembourg, part of a trio of exhibitions on French style.